MJOLNIR I
A New Contender to the SFF Crown ! 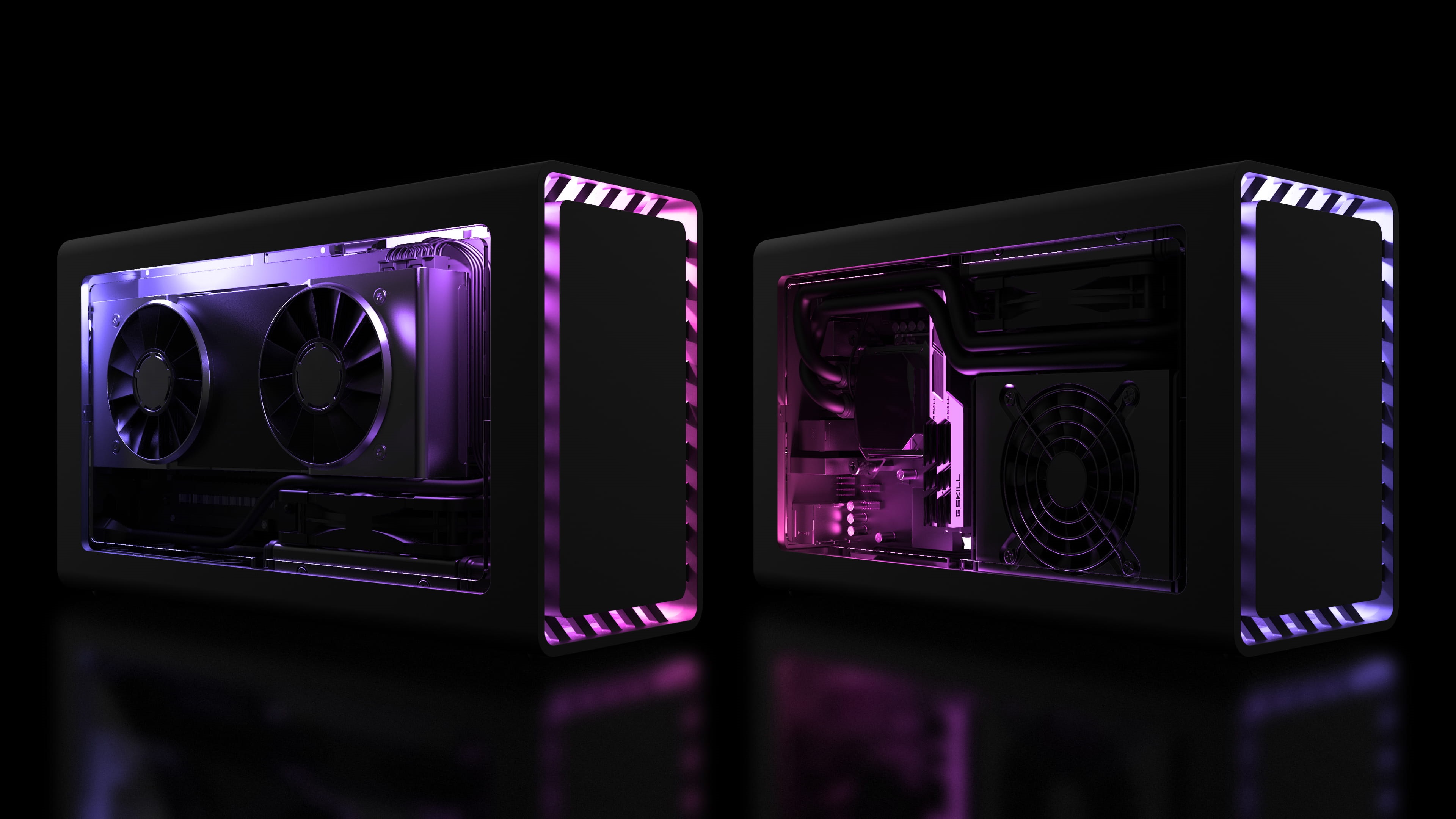 First of all, Happy New Year ! everybody and the best way to rock another great year together is to have a look at something really special – in my opinion another epic small form factor case which is on its way to become a reality – The MJOLNIR I !

With such an evocative Norse mythology name to it, non other than the weapon wielded by the mighty God of thunder, this case aims very high. Not to mention that it has one hell of a competition.

It is no secret that I am personally a big fan of SFF builds, so this one caught my attention from day one. As all of the most famous ones currently on the market (the DAN A4 SFX and the NCase M1 for example) the MJOLNIR I is also a Kickstarter project.

The Kickstarter campaign is live (click here) as we speak and as of the moment of writing, there is still 27 days to go. Let’s make this case happen because as I am about to explain, in my humble opinion, why it is worth it. 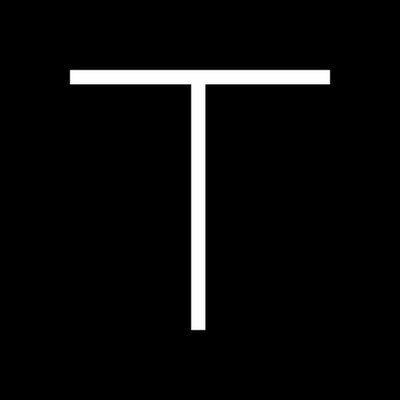 They are a Swedish tech startup with the ambition to push the limits of tech design and quality. This project is backed by a fairly big team (seven, with Alexander Baranov being the founder) when compared to the DAN A4 for example (one man show) or the NCase M1 (with a team of two). They are a group of life-long friends that are engineers / economists by day and dedicated PC gamers / programmers by night.

They created THOR ZONE (Instagram) for a way for them to take what they love, PC Hardware, and improve upon the things they find it’s lacking. They aim to build a unique, simplistic designs that have a next-level solid feeling.

What Makes It Special ?

Let’s go through the main highlights and specs:

– It’s manufactured using high-precision casting with claimed aerospace tolerances ranging from 0.1mm to 0.3mm. Pretty posh stuff but the competition also has the build quality under their belts (Courtesy of Lian Li who was subcontracted to make the A4 and the M1 while the S1 is milled from solid blocks of aluminum)

– Despite being very similar to the parallel/divided chamber internal structure design (as seen in the A4 or the S1) it is bigger as it allows to install a 120 mm AIO cooler (nice example would be the NZXT M22) below the PSU and another low profile 120 mm fan if desired at the same time. For example the A4 can only accommodate a 92 mm AIO and there is only one option on the market, period. (The Asetek 545LC which is EOL but there are plans for a newer and improved model). So in a way the THOR ZONE team wanted to avoid the scarcity of that 92 mm AIO and decided to offer a bigger compatibility AIO cooling list. The S1 on the other hand has to rely on separately sold modular “top hats” to accommodate AIOs. Air cooling of course is present on the MJOLNIR up to a 53 mm height margin. (only 47 mm on the A4 but the S1 goes all the way to 66 mm) 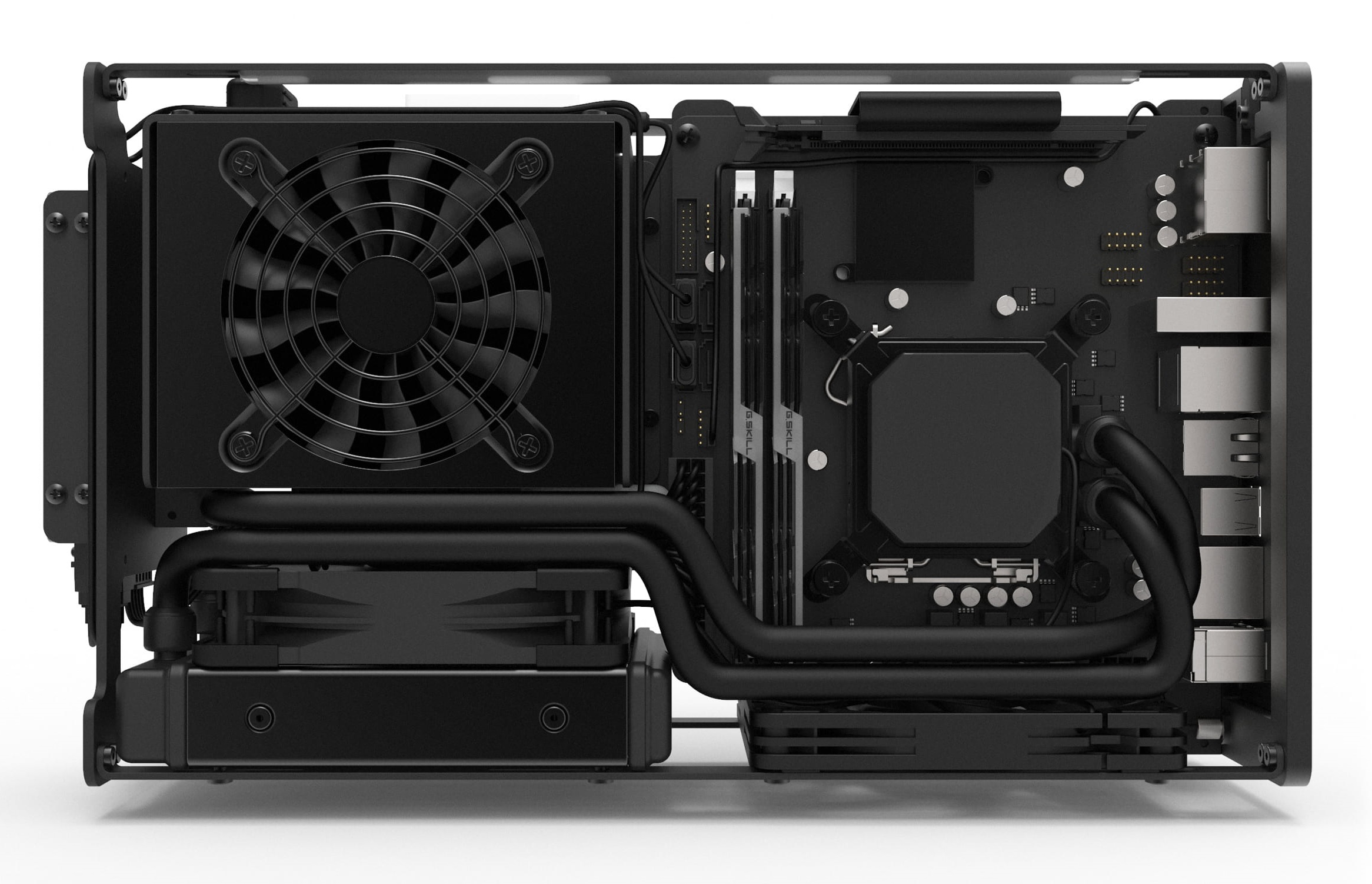 – A very cool and very useful ace up its sleeve is the ability to flip the interior ! 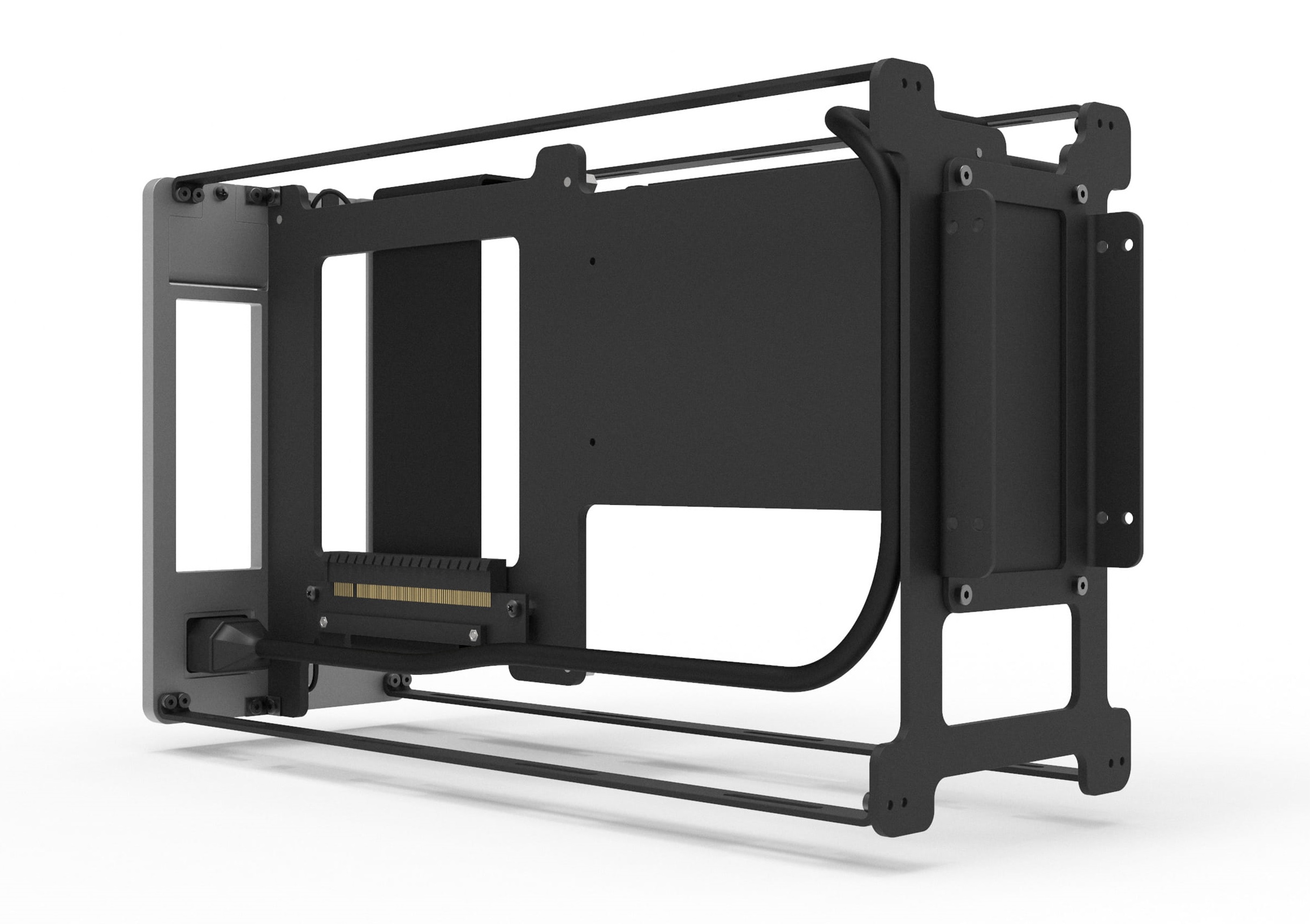 – This also increases AIO efficiency since the reservoir will be located above the pump instead of underneath it. 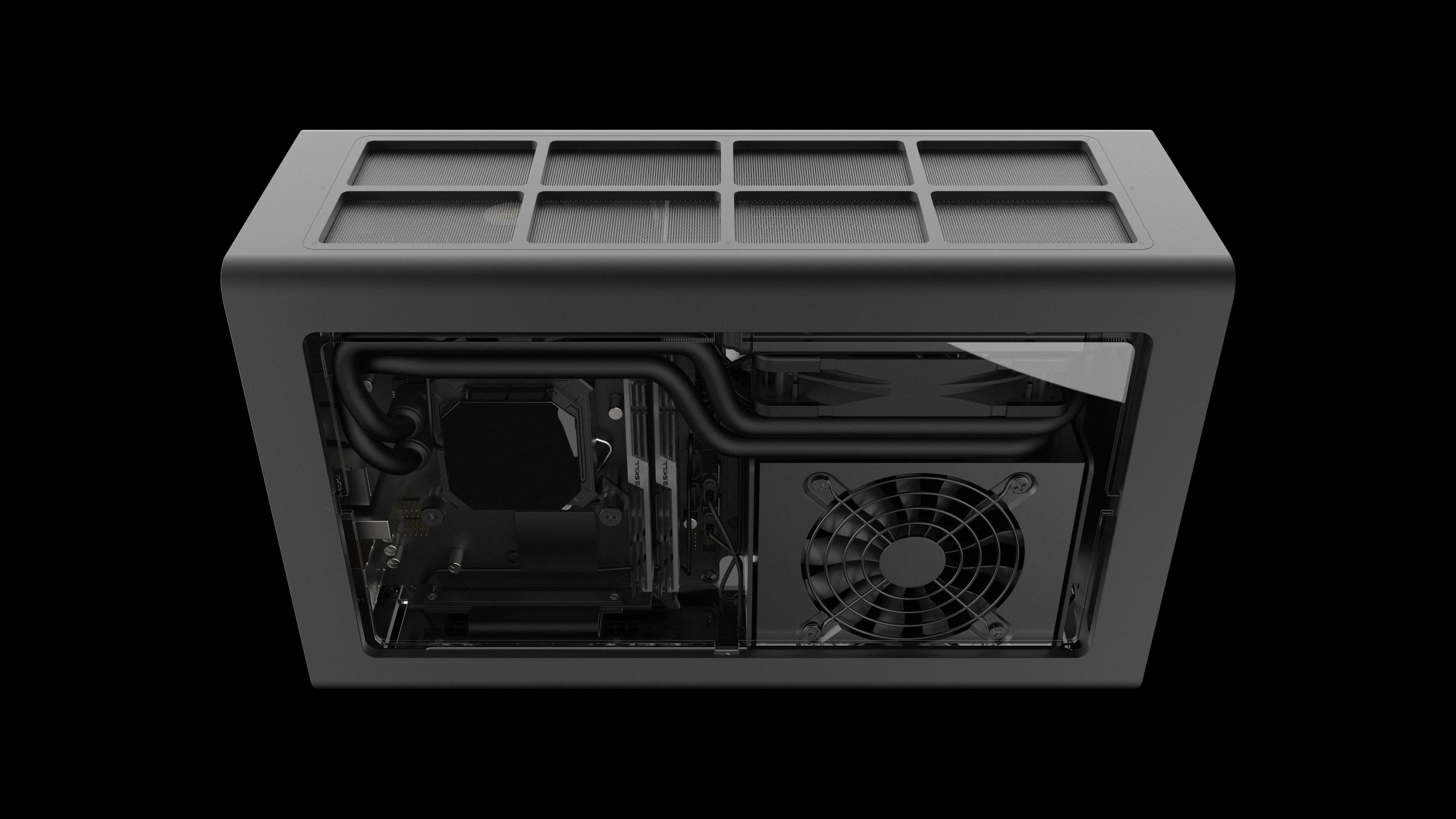 – For those for whom #RGBISLIFE, you can also order the MJOLNIR I RGB Edition which comes equipped with a Bluetooth controlled, programmable lighting setup capable of 16 million colours. In some instances you may be able to hook up the LED strips directly to your motherboard, given that it has at least one 5V RGB header capable of controlling multiple LEDs. 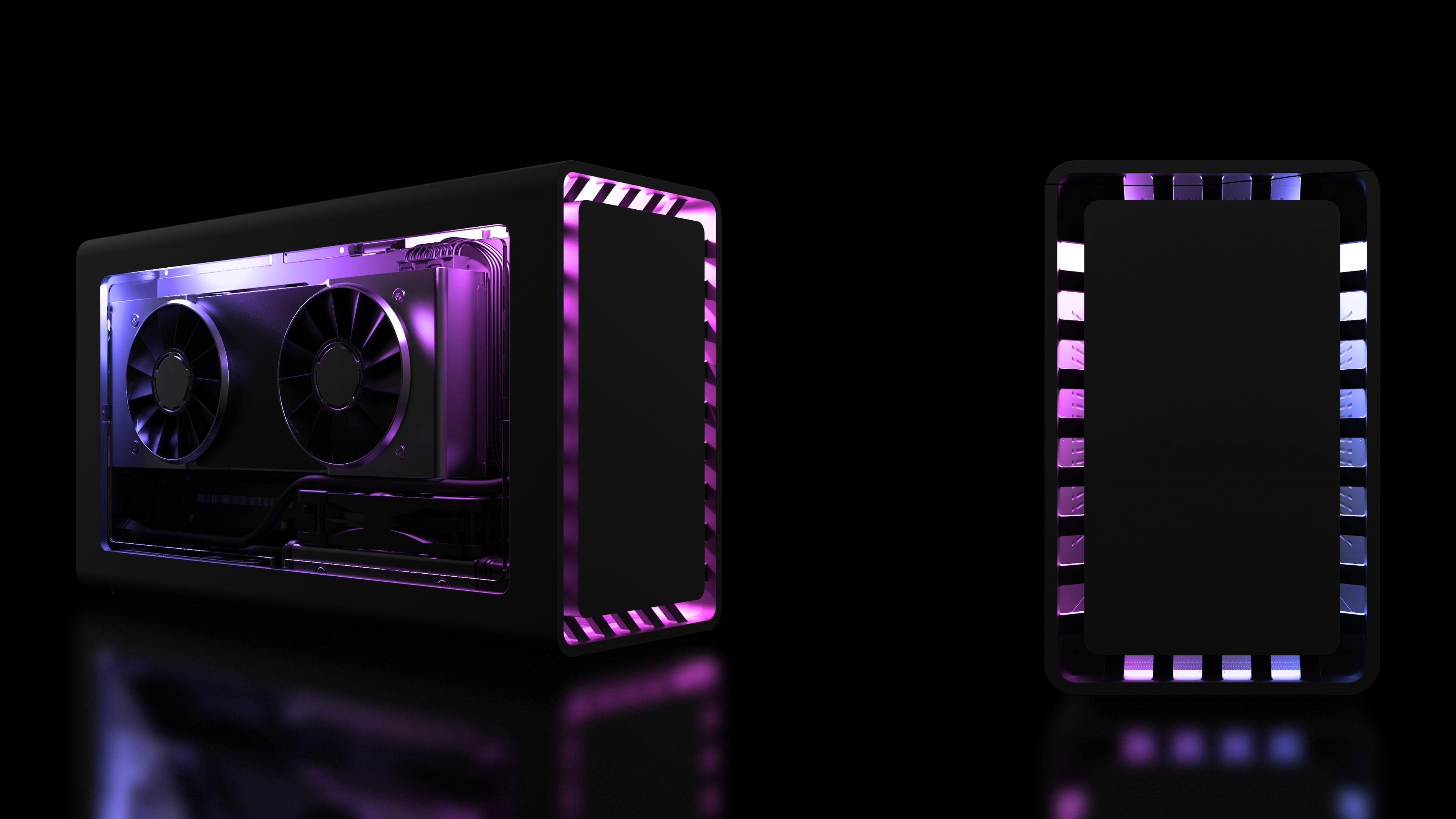 – Extra air cooling is offered by the front cut outs which also gives it a very nice complementary overall design. Especially if you get the RGB version and you can see the light show.

– Long GPUs are not a problem at all, with specs raging up to 322 mm in length ! 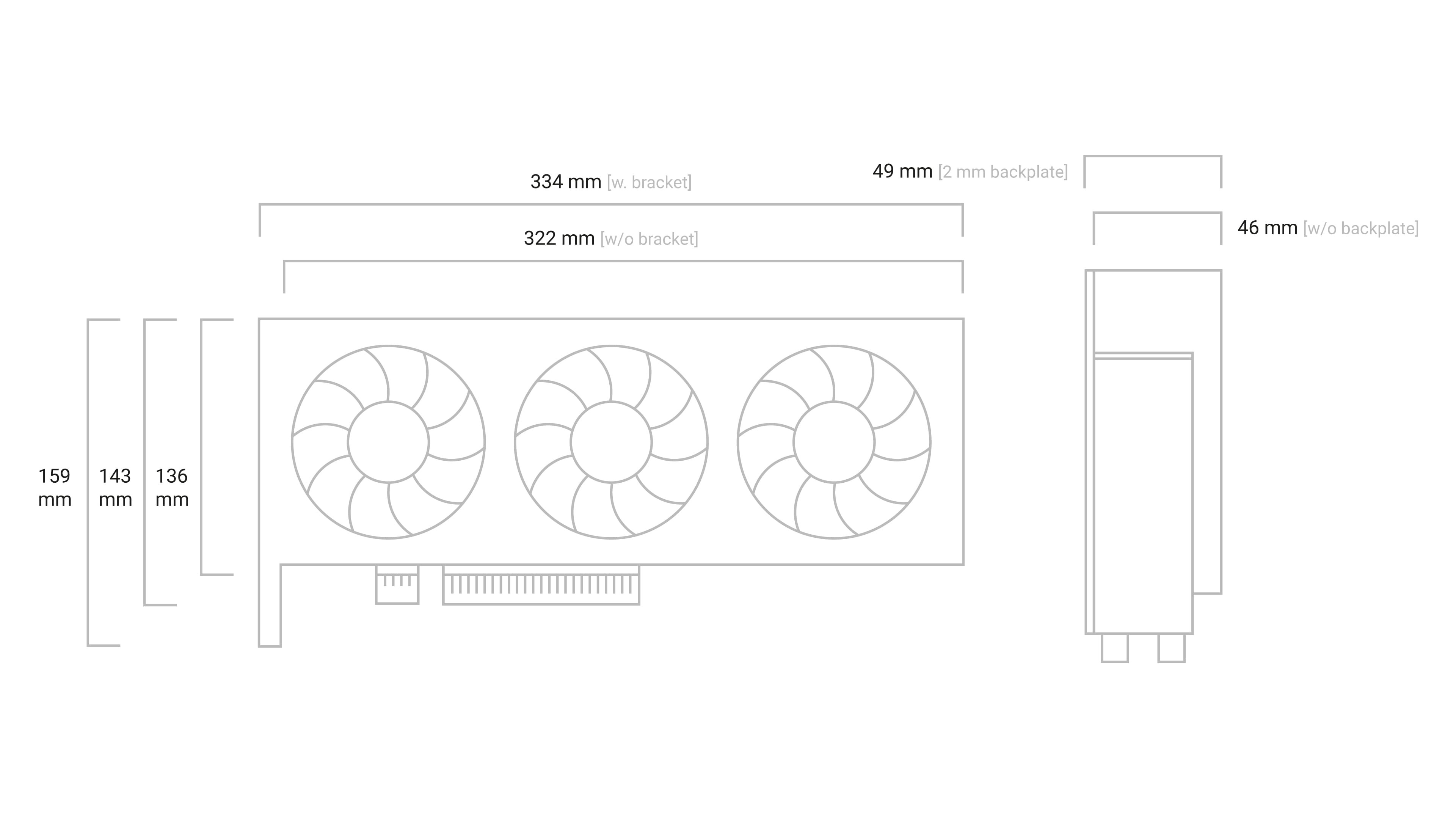 – Uses a premium PCI-E Gen 3.0 flexible riser cable from Li-Heat that they claim looks both awesome and ensures the best possible performance.

– You have the option of two colours (DARK and STEEL), solid perforated aluminium side panels or tempered glass panels. 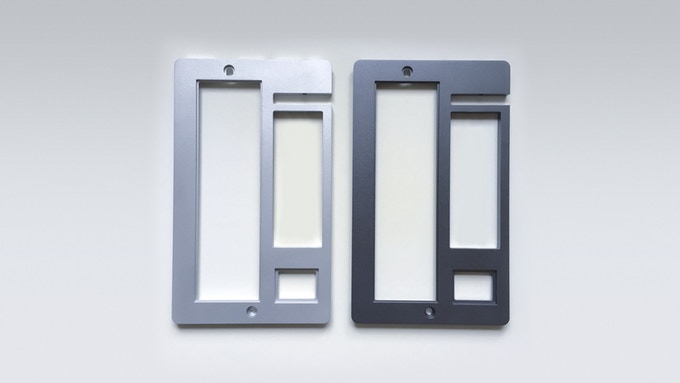 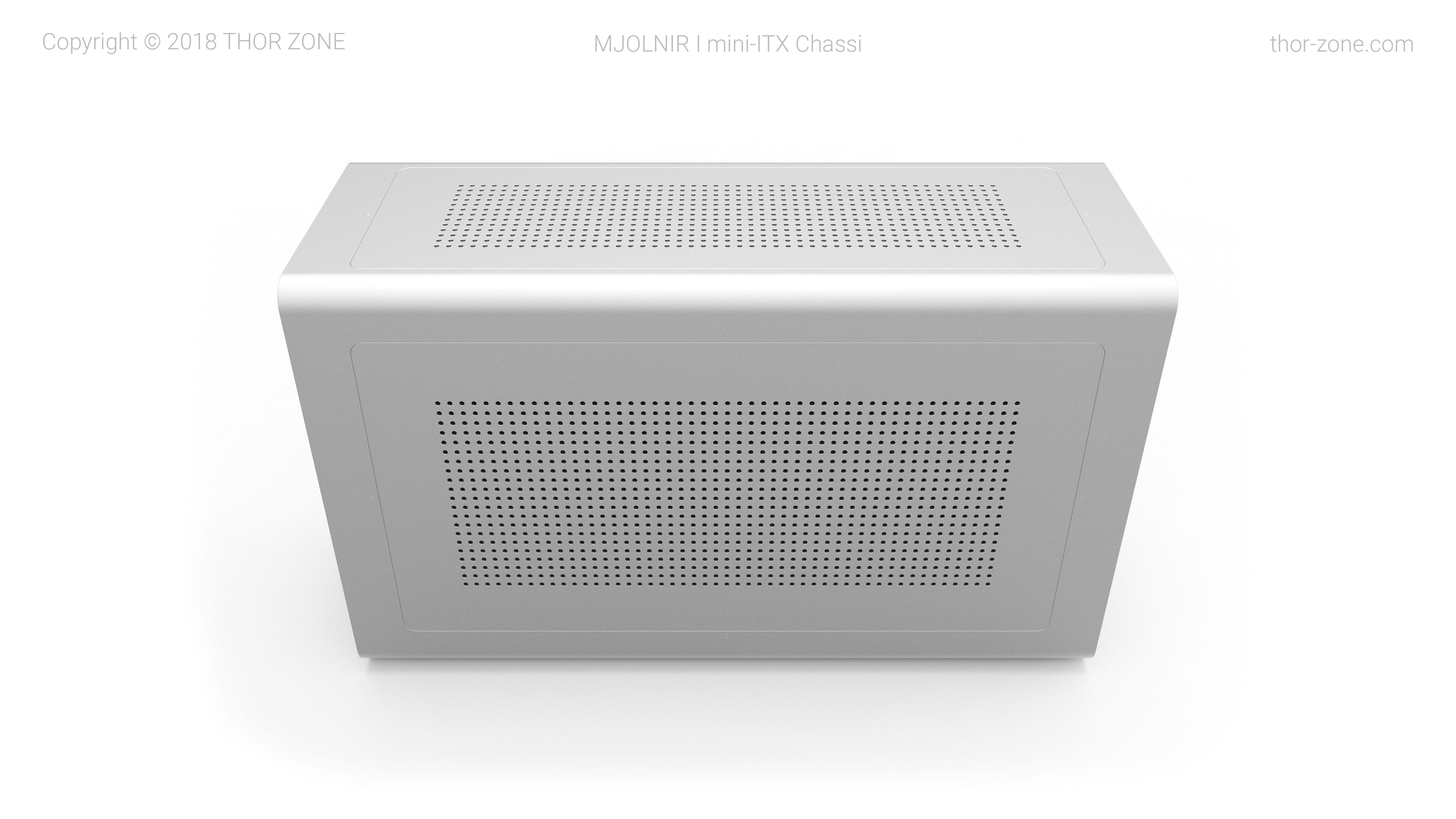 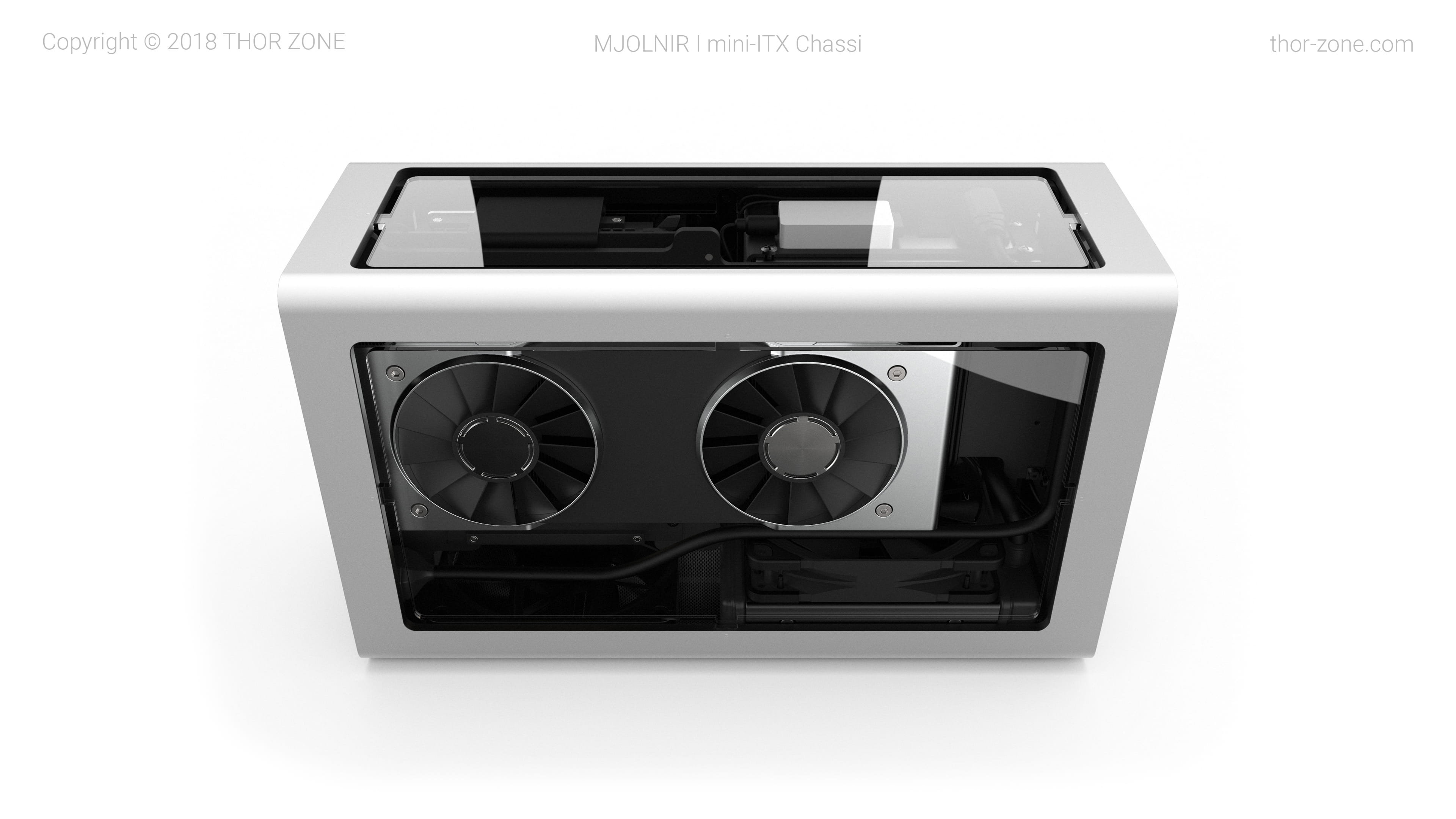 – Also if you go with the tempered glass option, you can further improve airflow by using the included 5 mm standoffs and mounting the glass panels on the outside (adding an additional 10 mm between them and the CPU / GPU fans). 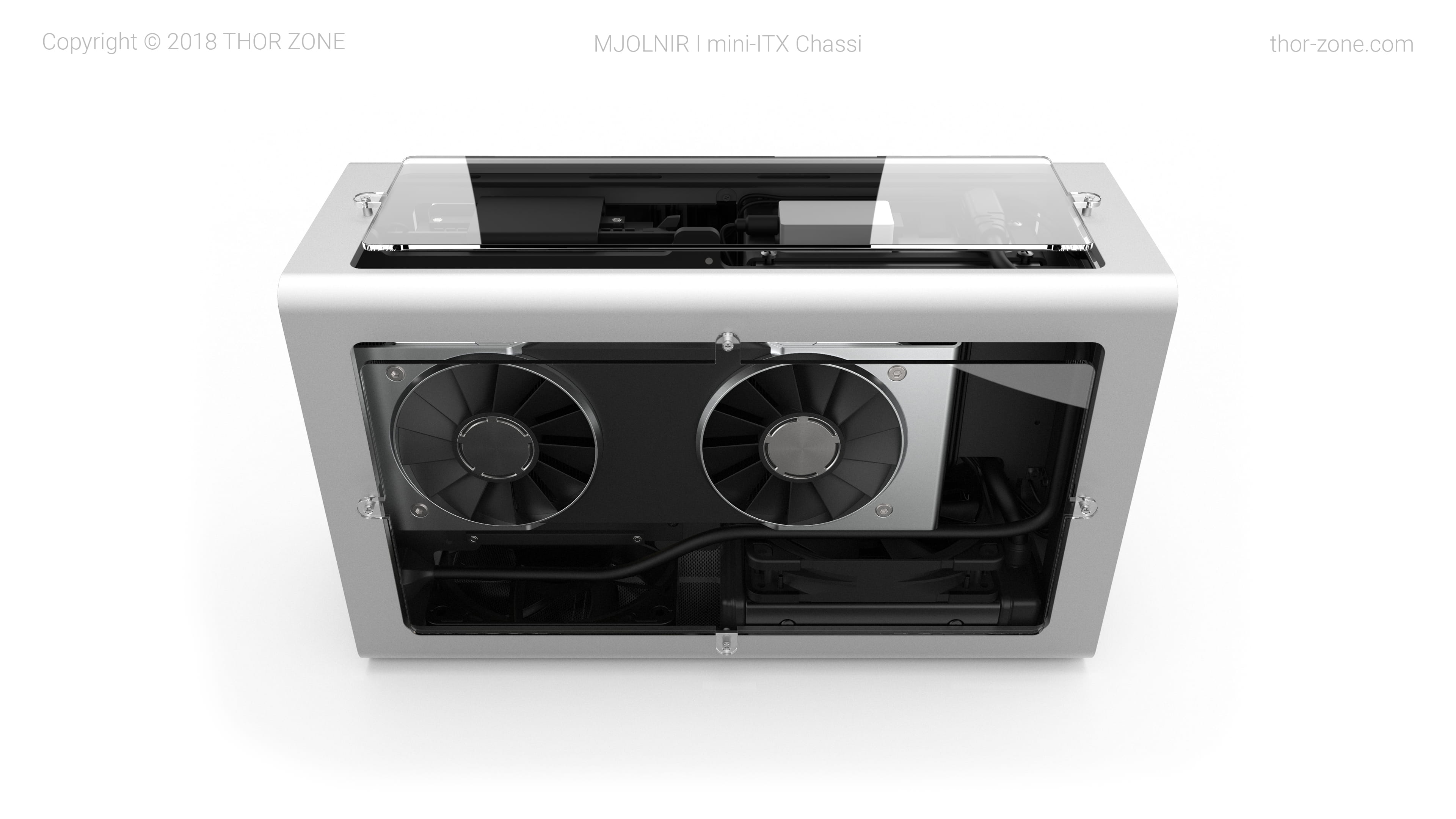 – Other specs are as follows:

– The current estimated shipping date, after it passes the Kickstarter phase, is September of 2019. I will update when necessary. 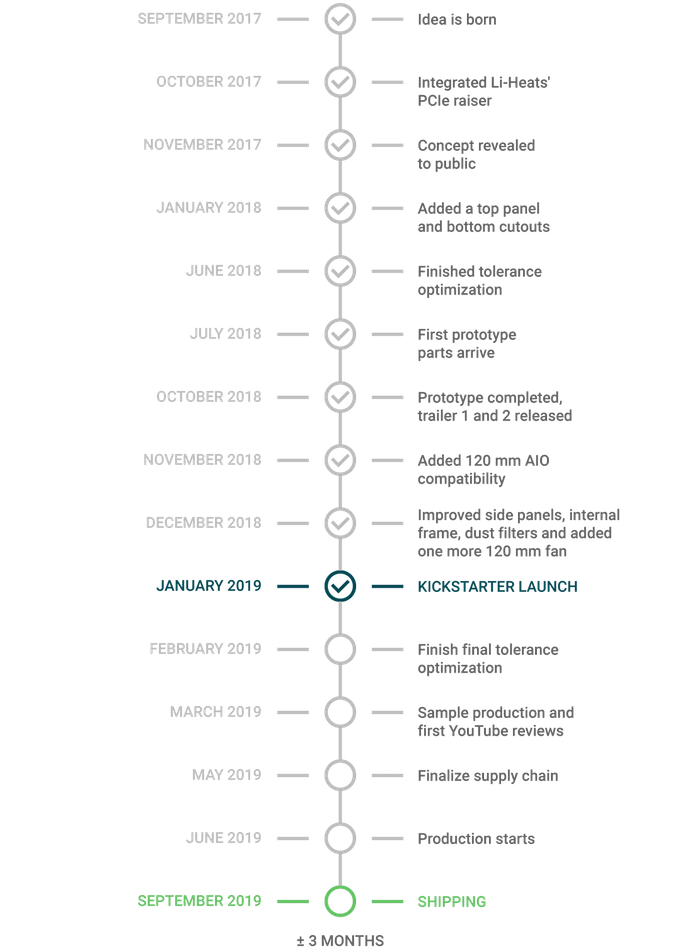 – OK. Now for the prices via Kickstarter:

Well then, considering the M1 is at its V5 iteration and it costs $ 195 / £ 153 but it is the biggest, the DAN A4 SFX is planing to have a V4 very soon, but currently at V3 costs $ 268 / £ 210 (which is the smallest but has limited CPU cooling) and the Ghost S1, without the bigger additional top hats costs $ 250 / £ 197 (which needs the top hats for AIO cooling) now we have a more complete picture. The MJOLNIR is an expensive case, so far the most expensive out of the bunch but this is for the Kickstarter phase and in time the price might go down with any further revisions as we saw with the other cases.

– To finish the preview, here are some pictures with their first fully built prototype. This is with a Silverstone SFX-L PSU. 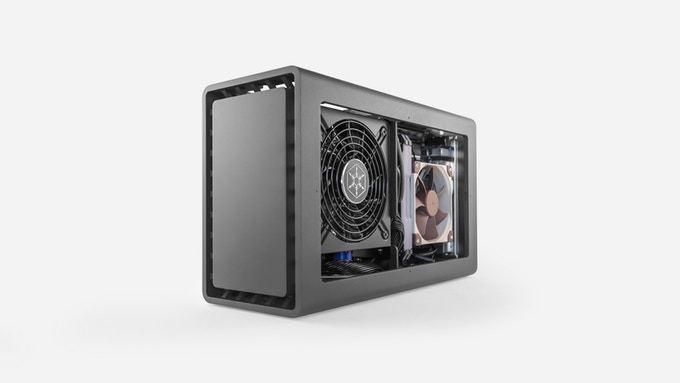 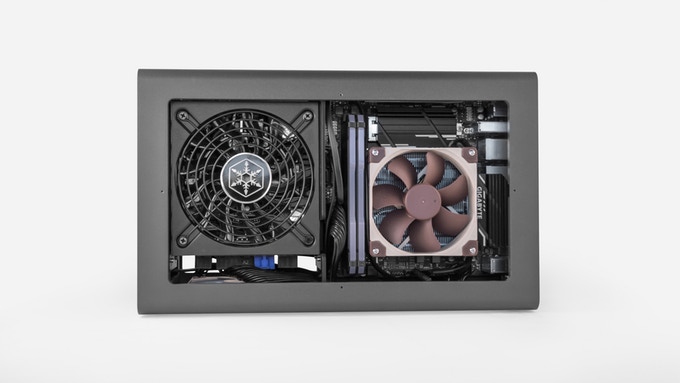 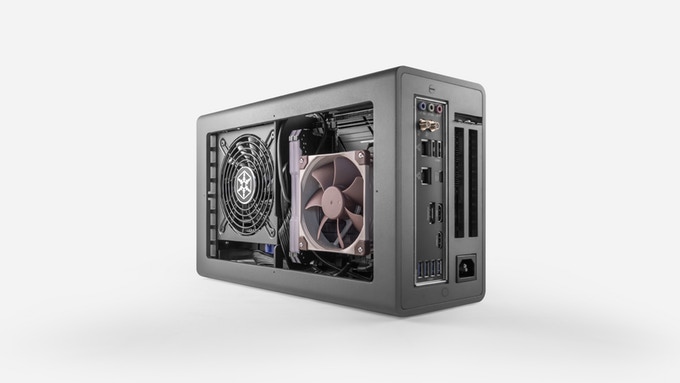 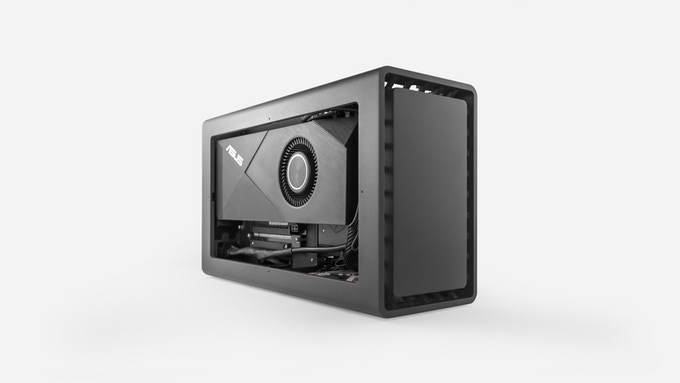 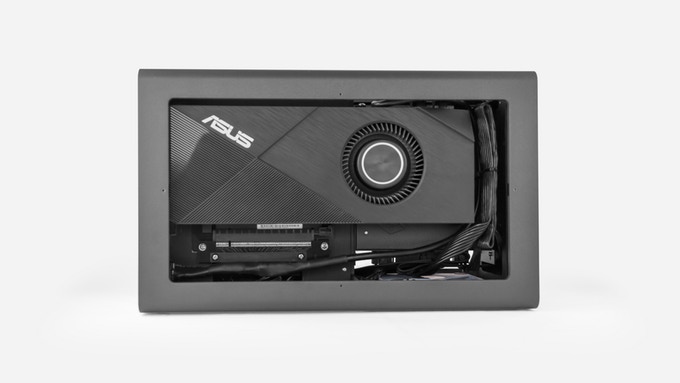 So far the case aims to be the best SFF “all-rounder” case and I can see the potential. The fact that you can have a 120 mm AIO without any external parts plus the 180 degree reversible interior makes it stand out quite nicely. I know for a fact that to have the AIO on the top will increase temperature performance. I love that unibody design and the fact that they offer you all the must have “standard” options like metal or glass panels, colour options and even an RGB option – it starts to make sense for the extra asking price premium.

The only negative of this case at the moment on paper is the price. But if it passes the Kickstarter campaign that is sufficient proof that for hardcore and passionate buyers, that price is not a problem as long as the product fully delivers. Another thing I noticed is that the feet might be too short to fully facilitate decent airflow from underneath if you have case fans or the AIO in the bottom position installed. But for this we need to see the case in action first.

Until I have one to test to do the full review, then these are my impressions with the current information I have – I’d say go for it! But we can only wait and support them to make it a reality.

Good luck THOR ZONE and thank you for bringing another contender to the SFF arena !