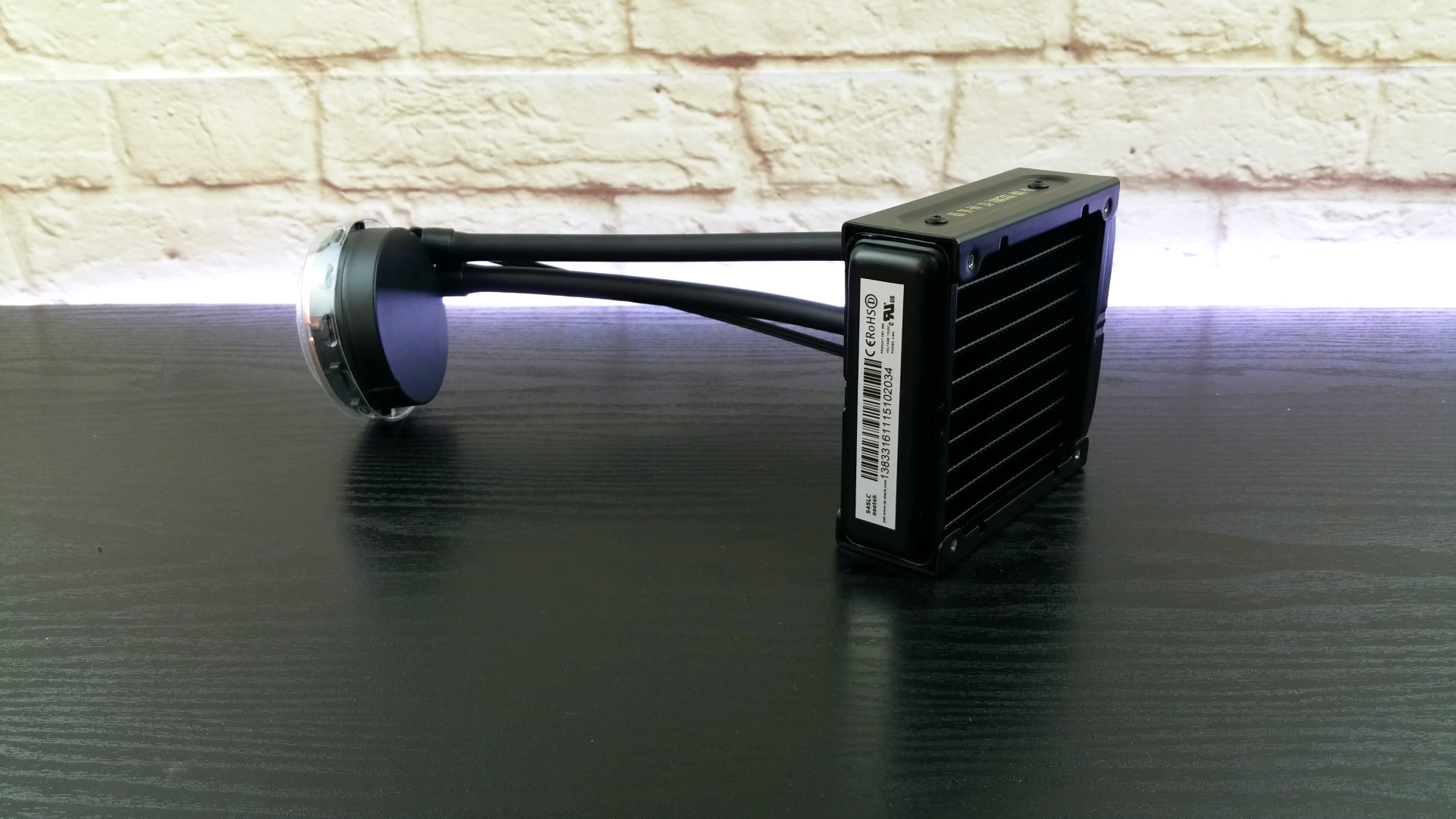 In the world of small form factor builds, limited choices are a normality. One such ‘easy’ choice is present when it comes to choose an 92 mm AIO. So far there are only two. A very interesting one from Cooler Master, the MasterLiquid Maker and the one that we are reviewing today, a standard/classic layout, the Asetek 545LC.

Well, why do we need such a small AIO? Well, scroll down to find out.

Asetek is the global leader in liquid cooling solutions for data centers, servers and PCs. Founded in 2000, Asetek is headquartered in Denmark and has operations in California, Texas, China and Taiwan.

*At the time of the review:

And for those curious about the other option from Coolermaster, you can get that from here:

Designed for smaller chassis, this cooler delivers mainstream performance with a 92mm intake or exhaust port. 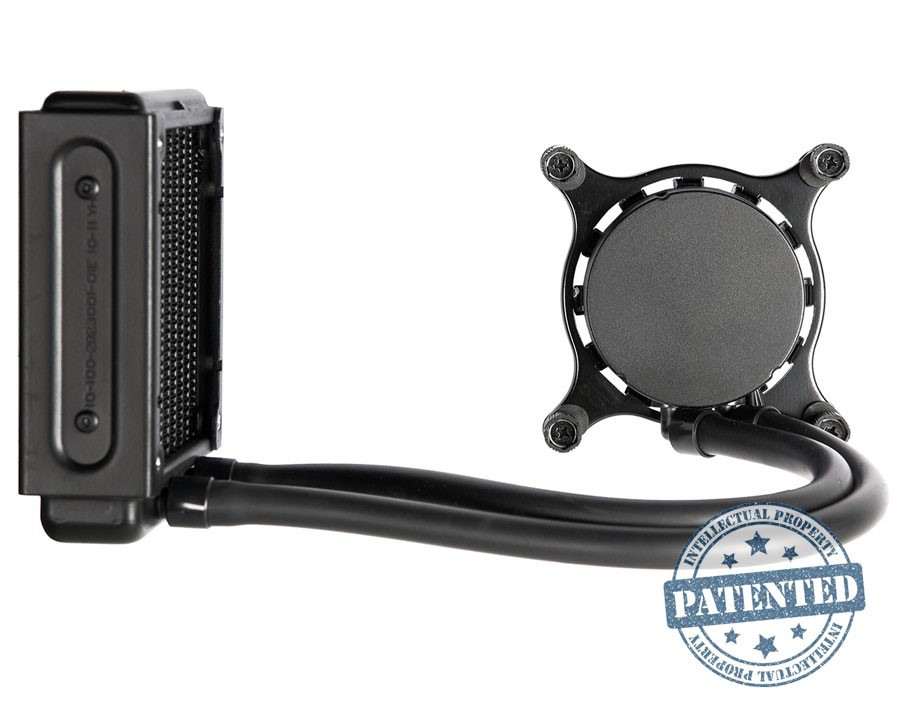 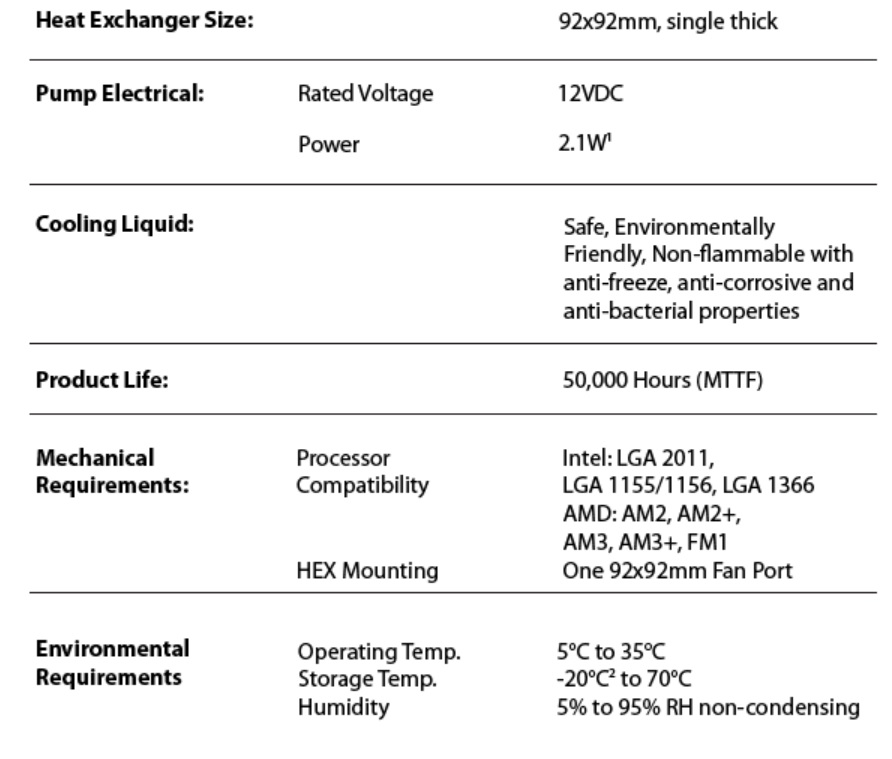 There is not much available specs besides these, giving the fact that it is mostly an OEM product.

Again, as mentioned before, given its OEM nature, this will come shipped in an ordinary brown box without any branding. So not much to show here. Inside, this is what you get:

First, the Asetek 545LC 92 mm AIO. It has serial numbers on two of its sides and the radiator measures ~ 4 cm in thickness. 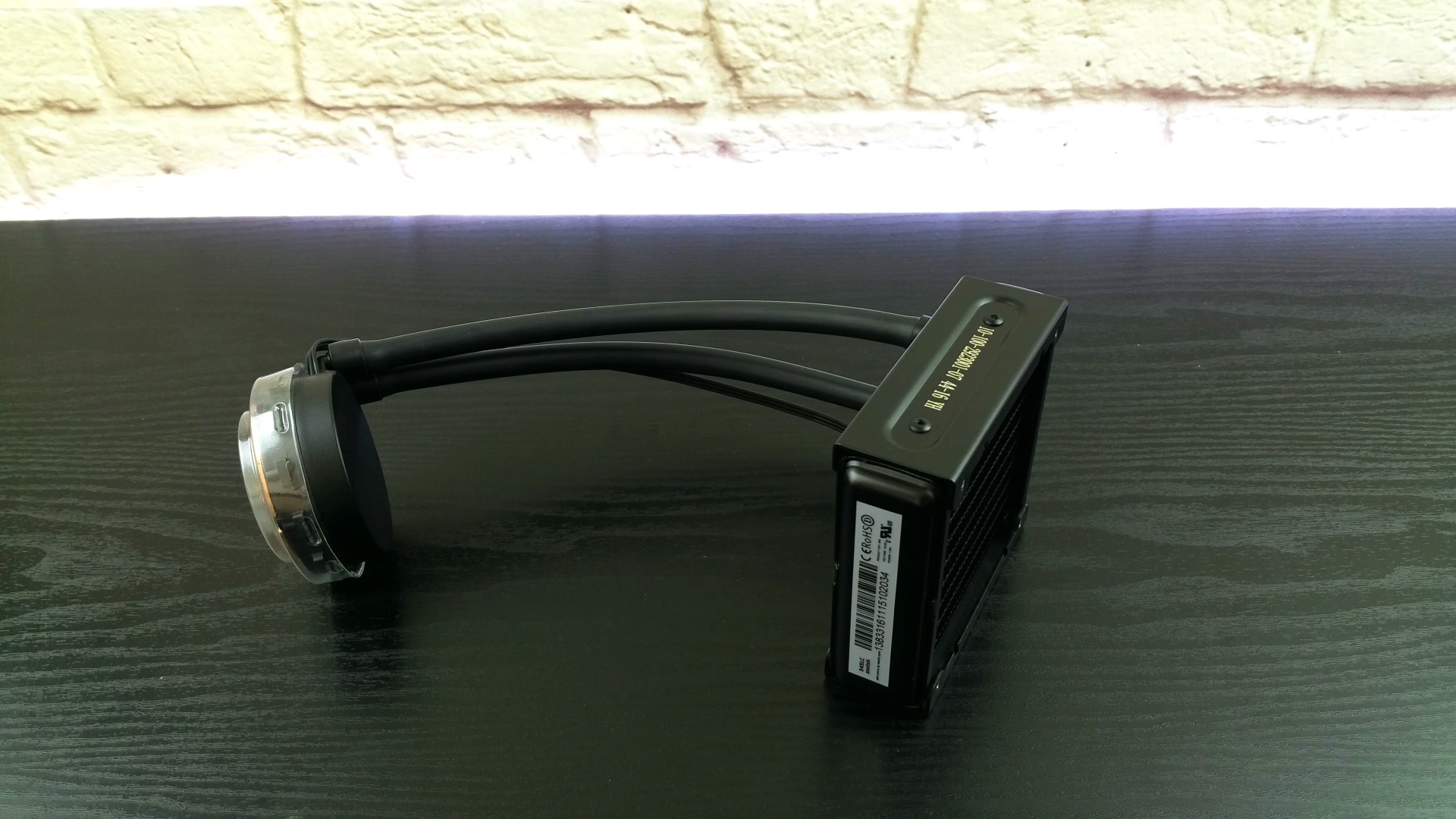 From this angle we can see the reservoir on the right and the 92 mm fin array. 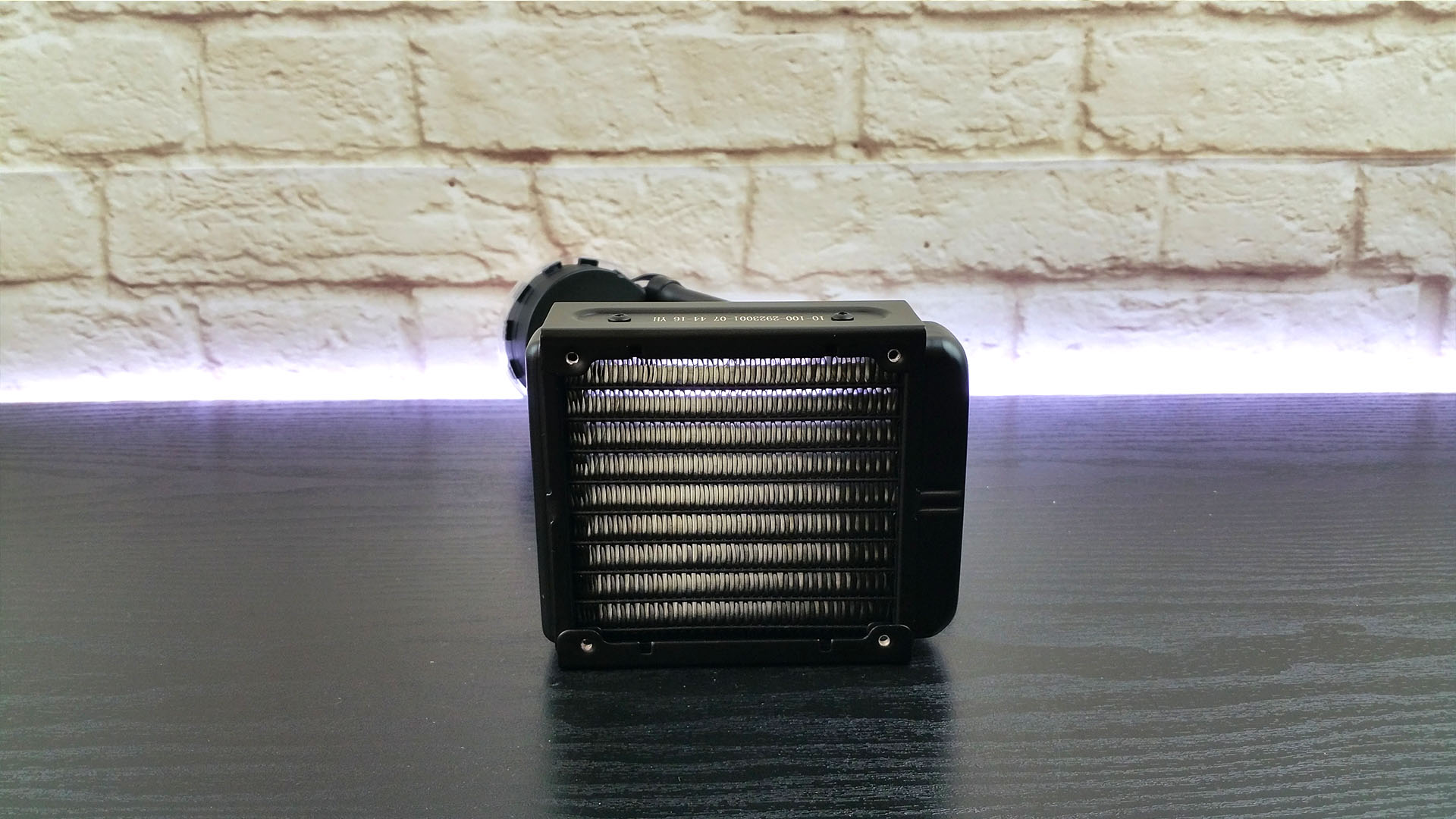 The tubes measure ~ 20 cm long and are very bendable as we shall soon see, despite their tough construction. Then the pump has a 3 pin power connector. 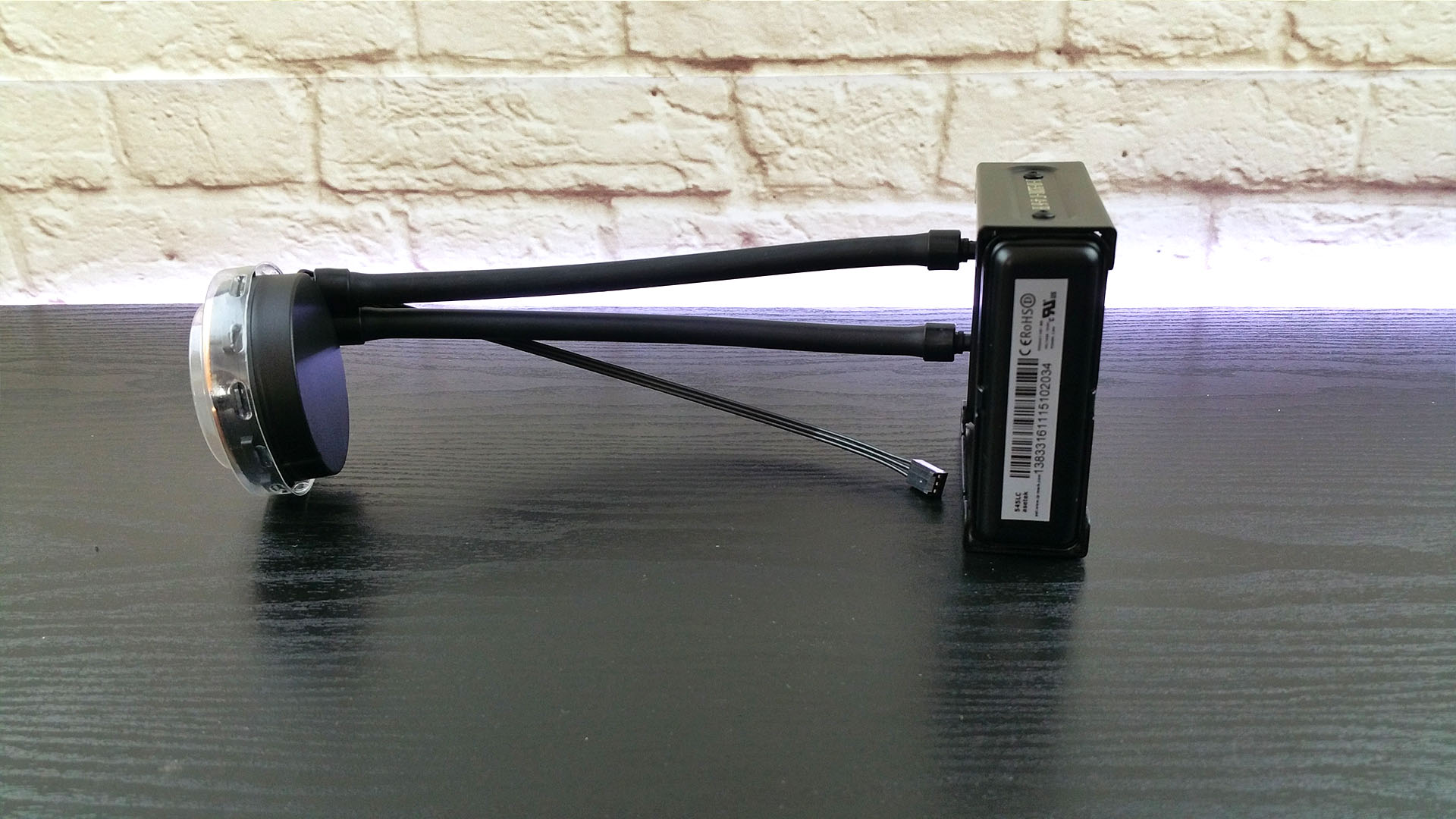 Moving to the contact area, which measures approximately 5.5 cm in diameter, the 545LC comes with a pre-applied layer of thermal paste. 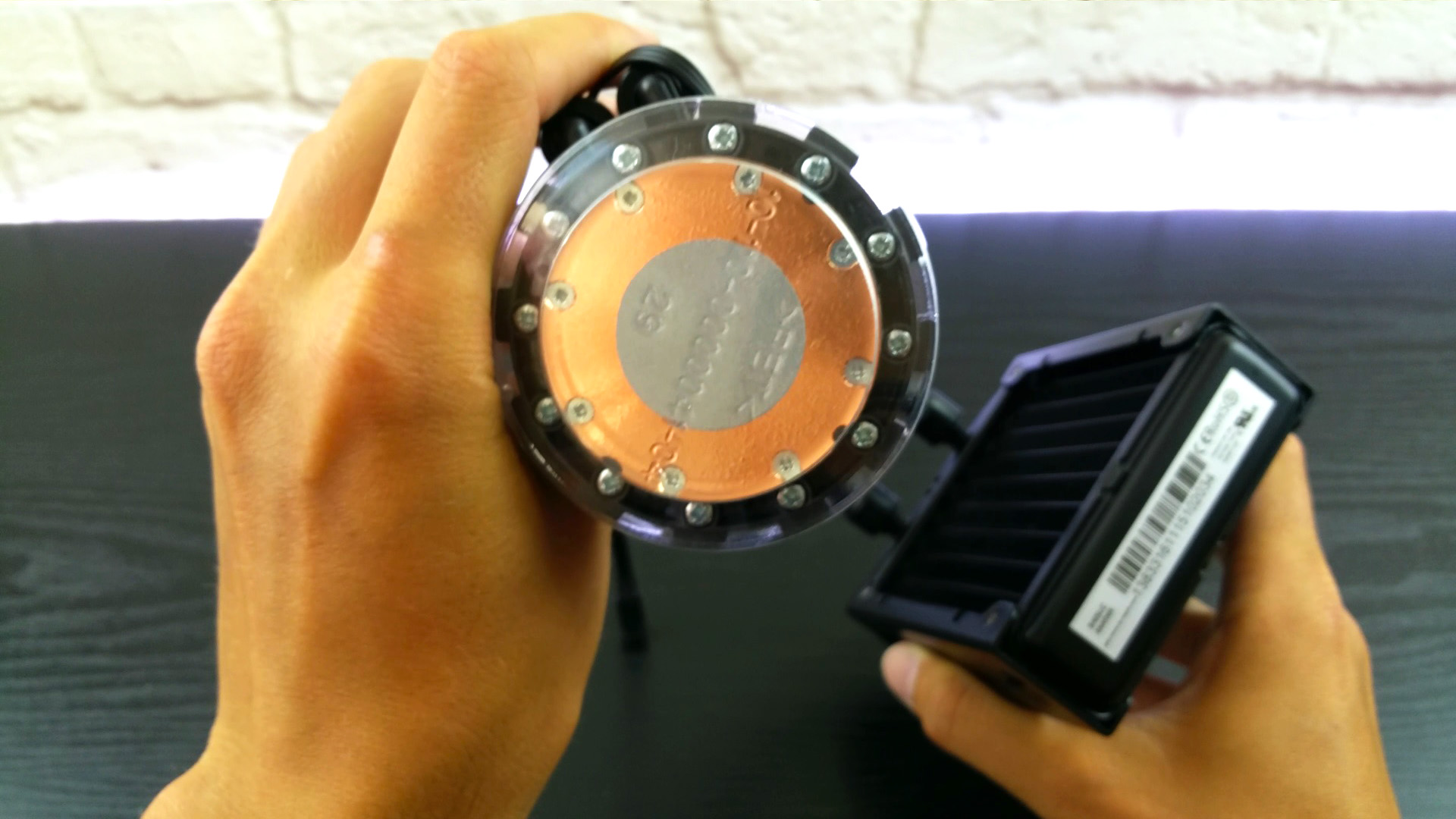 Now to put things into perspective, here we have from left to right some fans near the AIO: 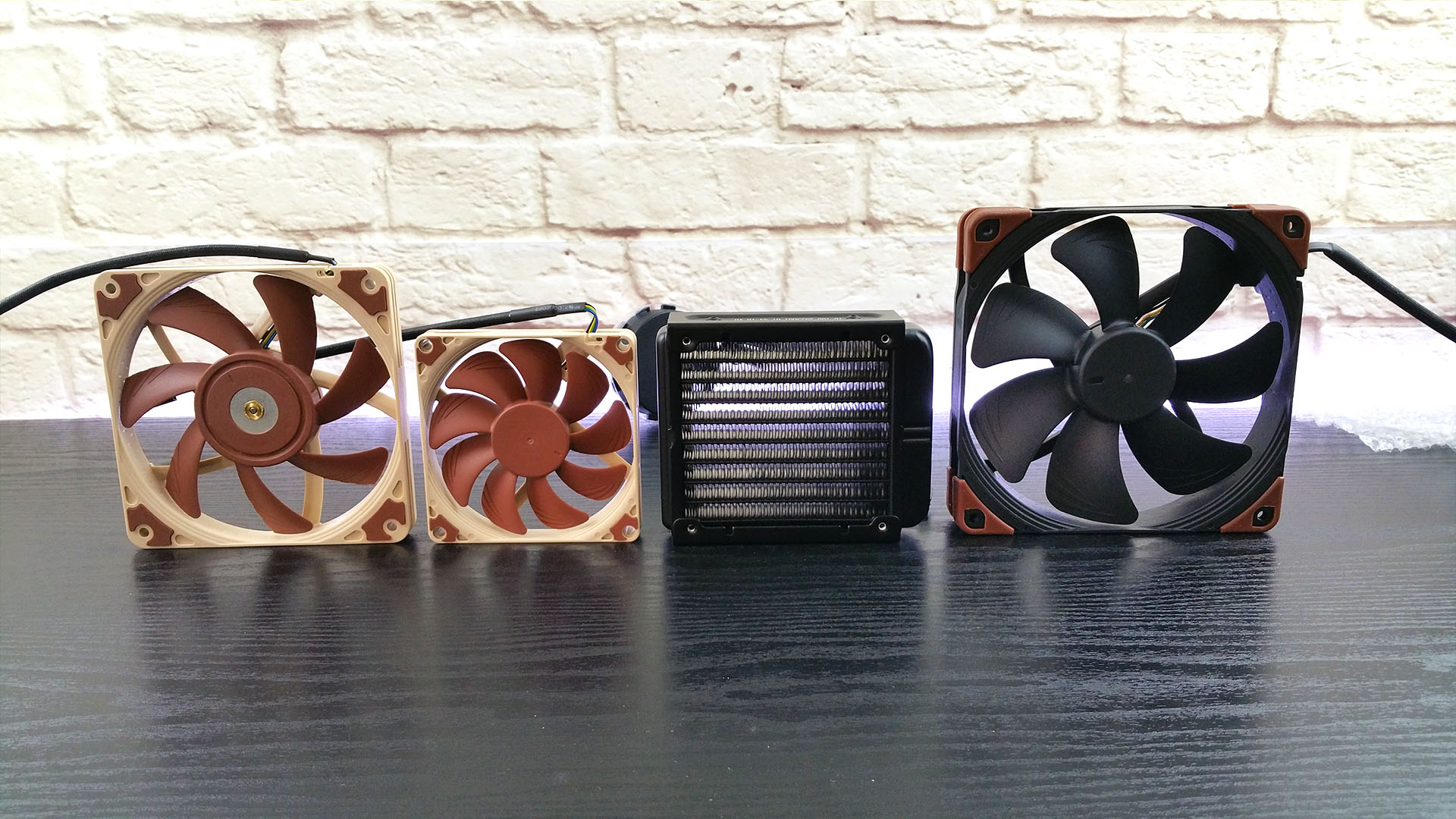 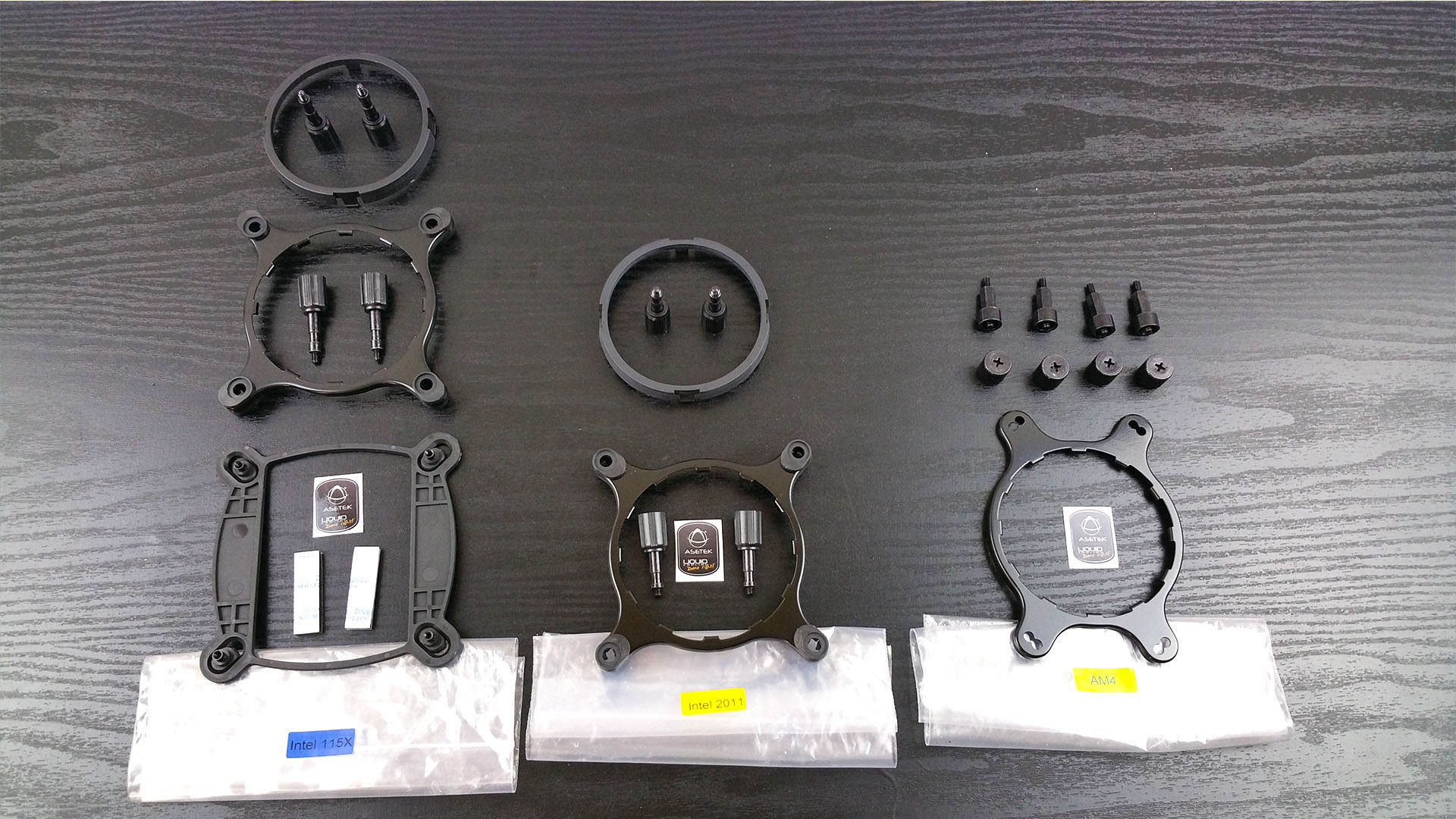 And we got separately a narrow ILM 2011v3 kit for our needs. 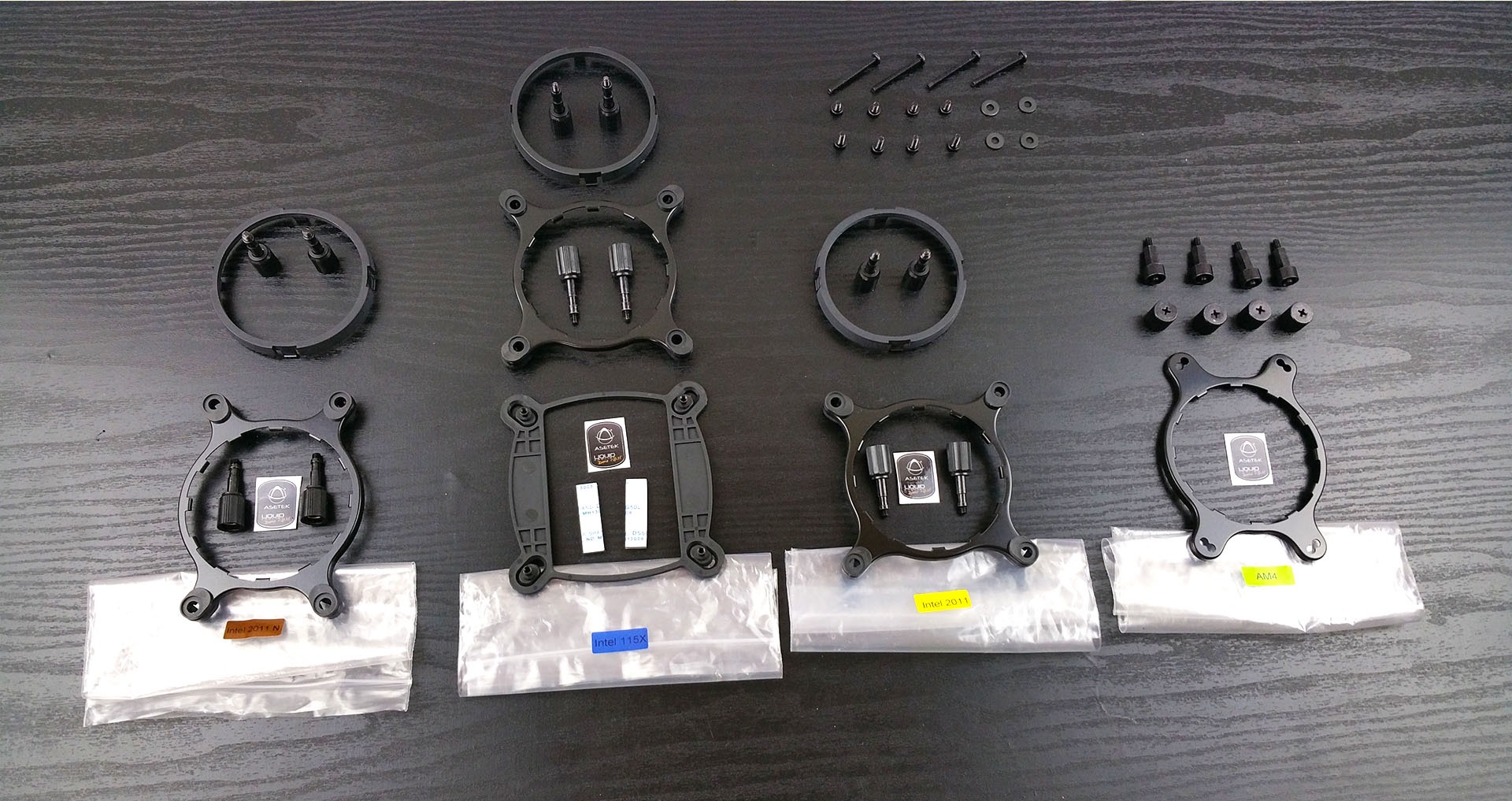 The included manual is very brief and straight to the point. Overall the installation process is easy and becomes even easier when tackling the bigger Intel sockets like the 2011(v3) because they don’t require any back-plates. 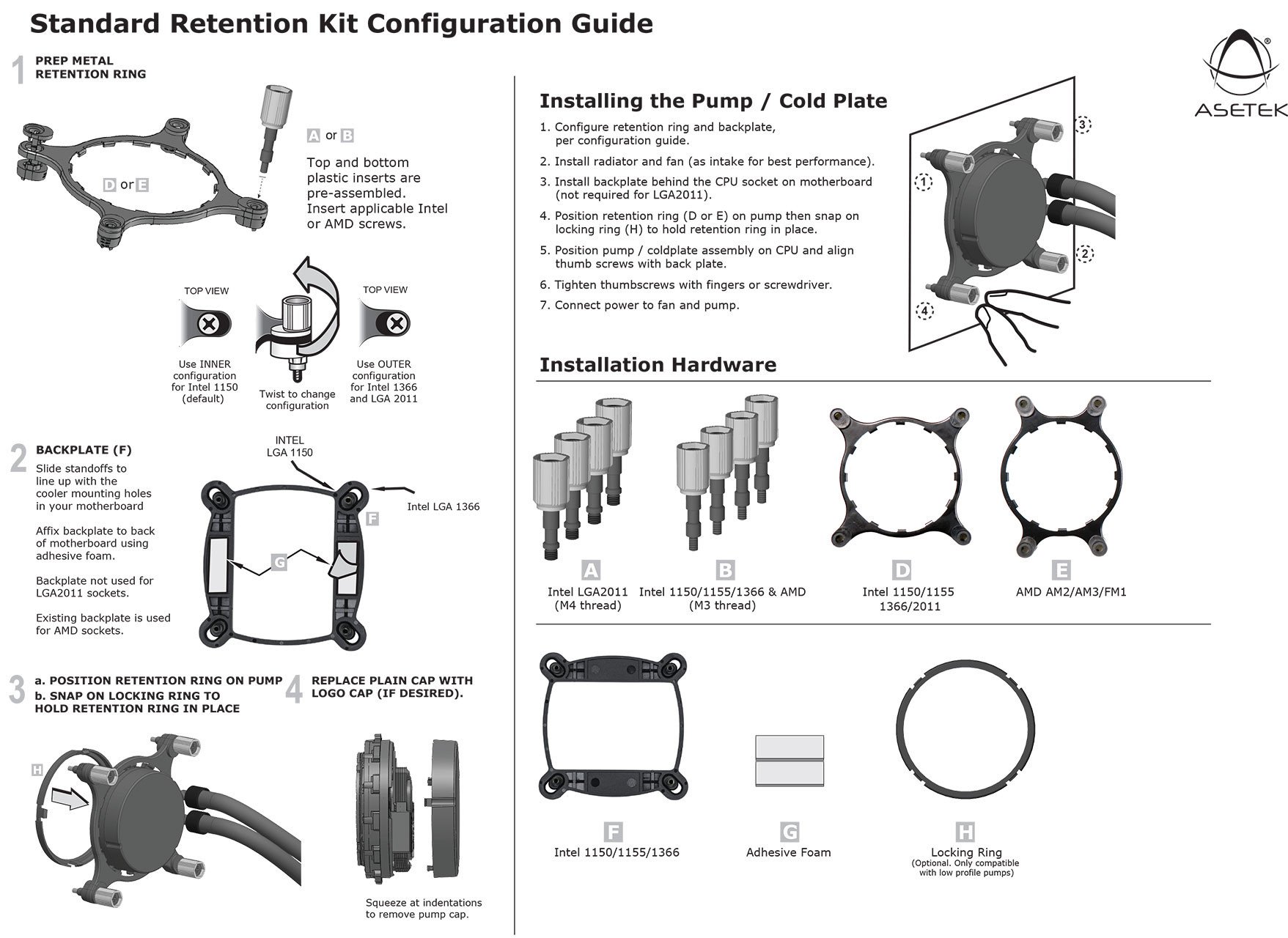 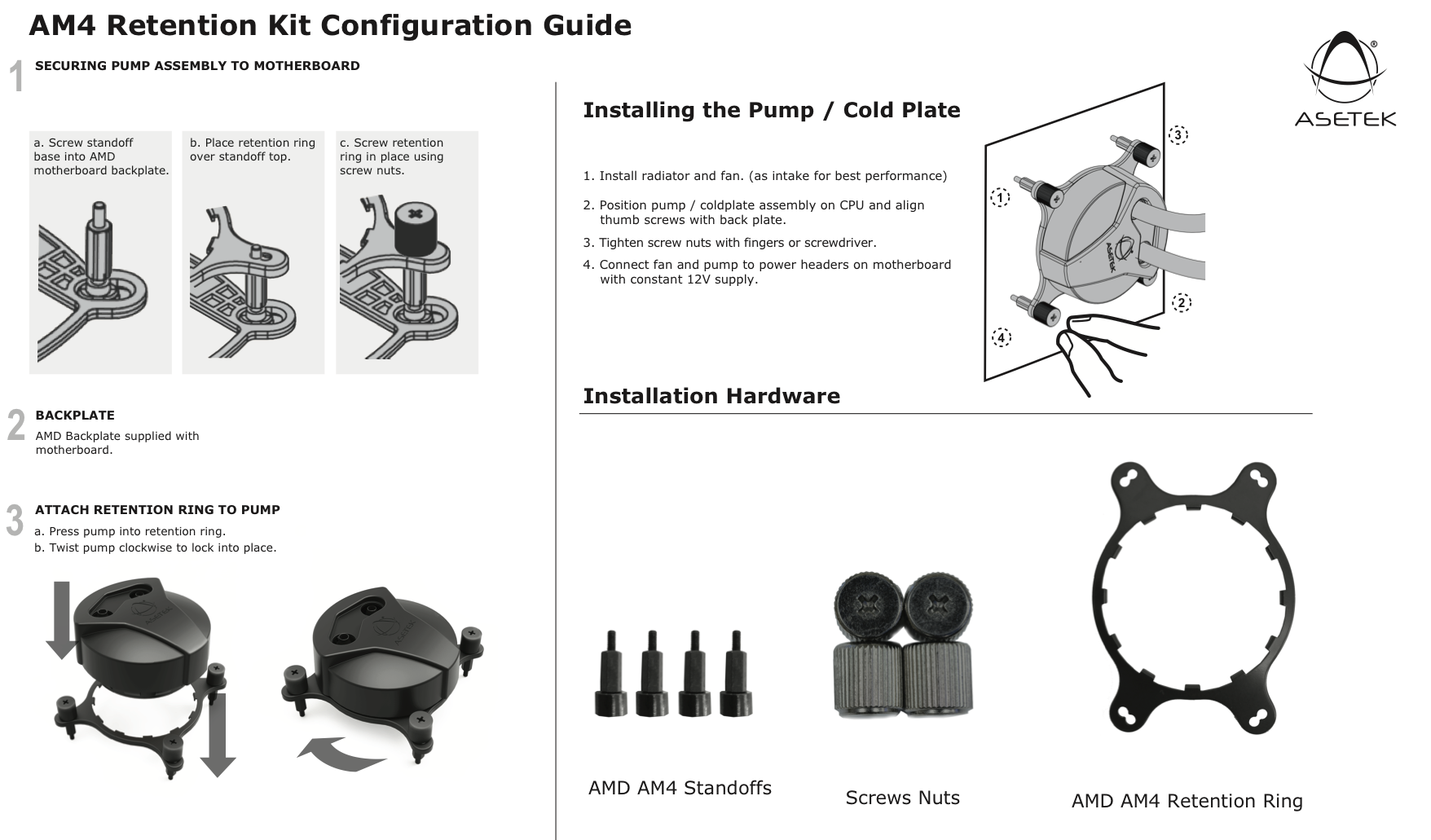 And here is my installation process, the only difference is that I used the new narrow retention ring kit.

Now let’s see if this tiny AIO can even cope with stock CPU TDP requirements, considering the fact that it claims to support such big sockets.

As mentioned in the intro of this review, if you are interested in something like this, you will defiantly will use it in a very small PC build. And we will do just that, throw it into the fighting arena, to prove himself against one of the smallest mITX computer cases on the planet, the DAN A4 SFX V1.

The CPU, which is a behemoth and easily a big test for any cooling solution, will be first set at stock settings and then OC’ed to an average value of daily use. Any results over 90° C in any condition are considered a fail.

The thermal paste used was the one that came pre-applied on the Asetek 545LC.

The fans will be set on the auto % rpm curve becasue we are interested in measuring the pumps noise levels. For the noise we used our Pyle PSPL01 placed 30 cm away from the setup. 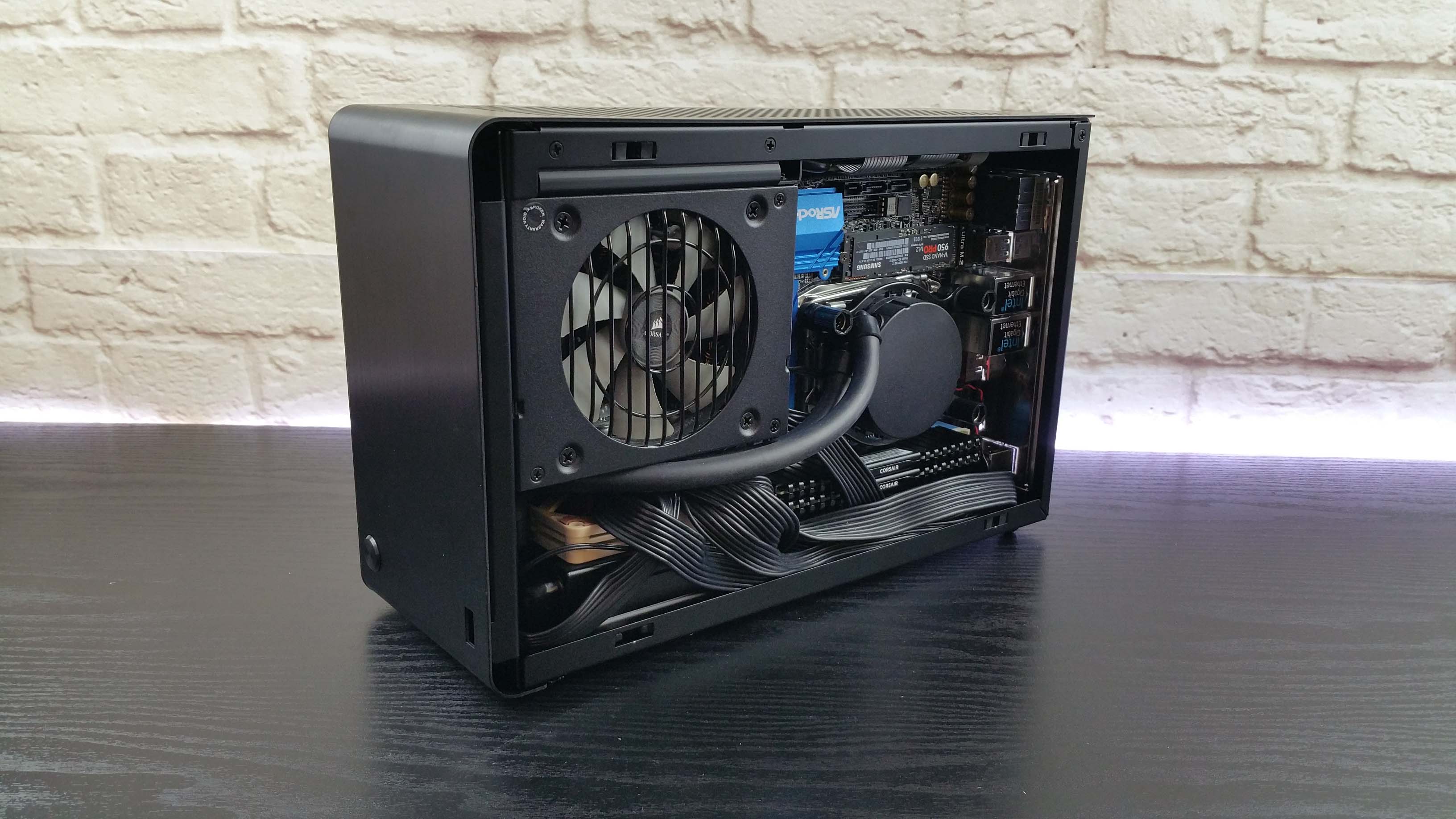 And for the games we did a 20 min run for and used a title that is also CPU bound.
Resolution is set at 1920×1080 with everything set to maximum quality settings and no V-sync.

First we start with some synthetics via Cinebench and Intel Extreme Tuning Utility.

This means we are looking at an increase of over 17% when overclocked at 4.0 Ghz from stock, in Intel’s benchmark. 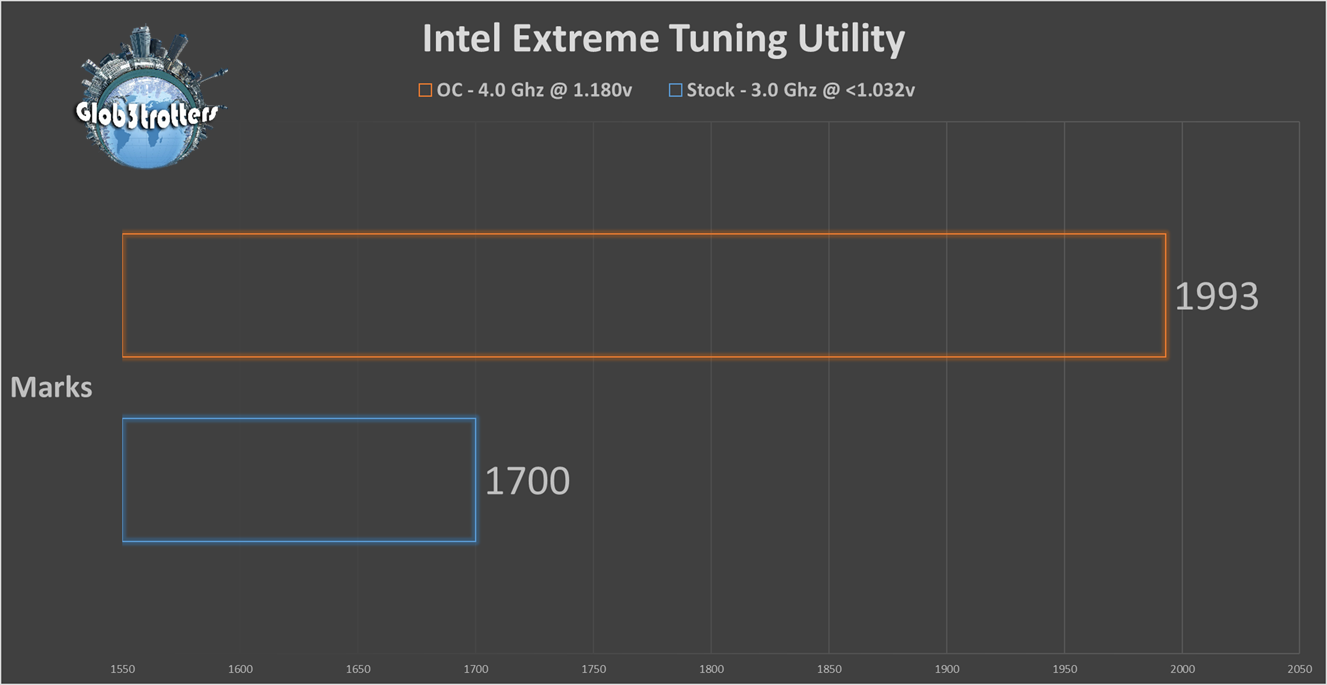 Then we see similar results in Cinebench R15, over 16% overall increase. 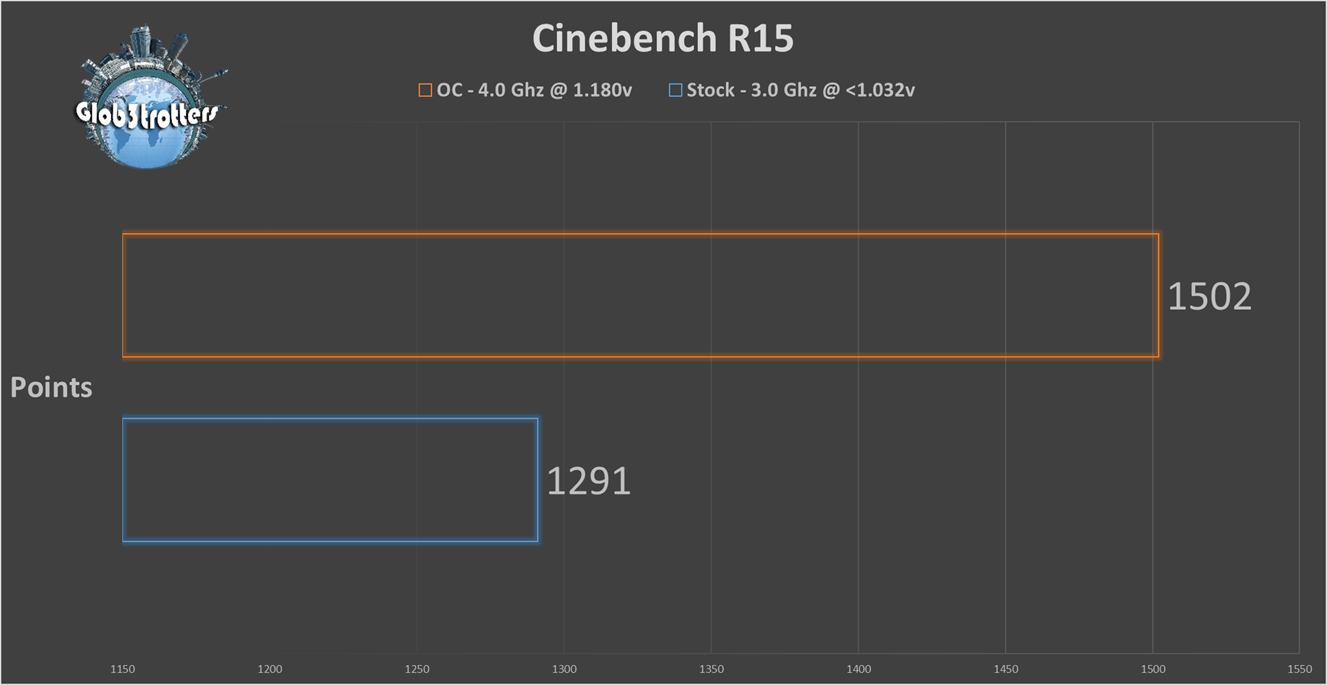 Now let’s move onto gaming. In Witcher 3 we see minor increases like 5% in overall/average frames per second. 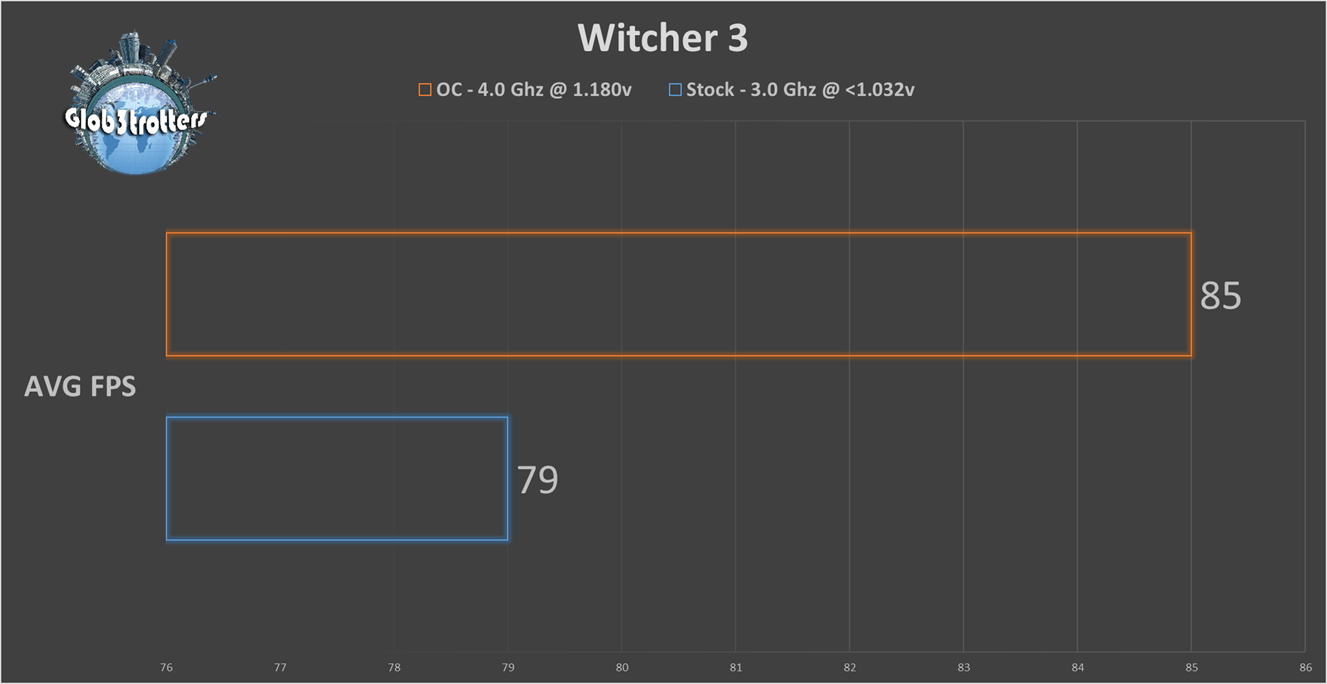 And now for the moment of truth – can the Asetek 545LC 92 mm AIO, with a single slim 92 mm fan put on exhaust, handle stock and even a mild OC, on such a big TDP CPU, in a restricted airflow environment?

Well, here it goes. A run in Intel Burn Test. 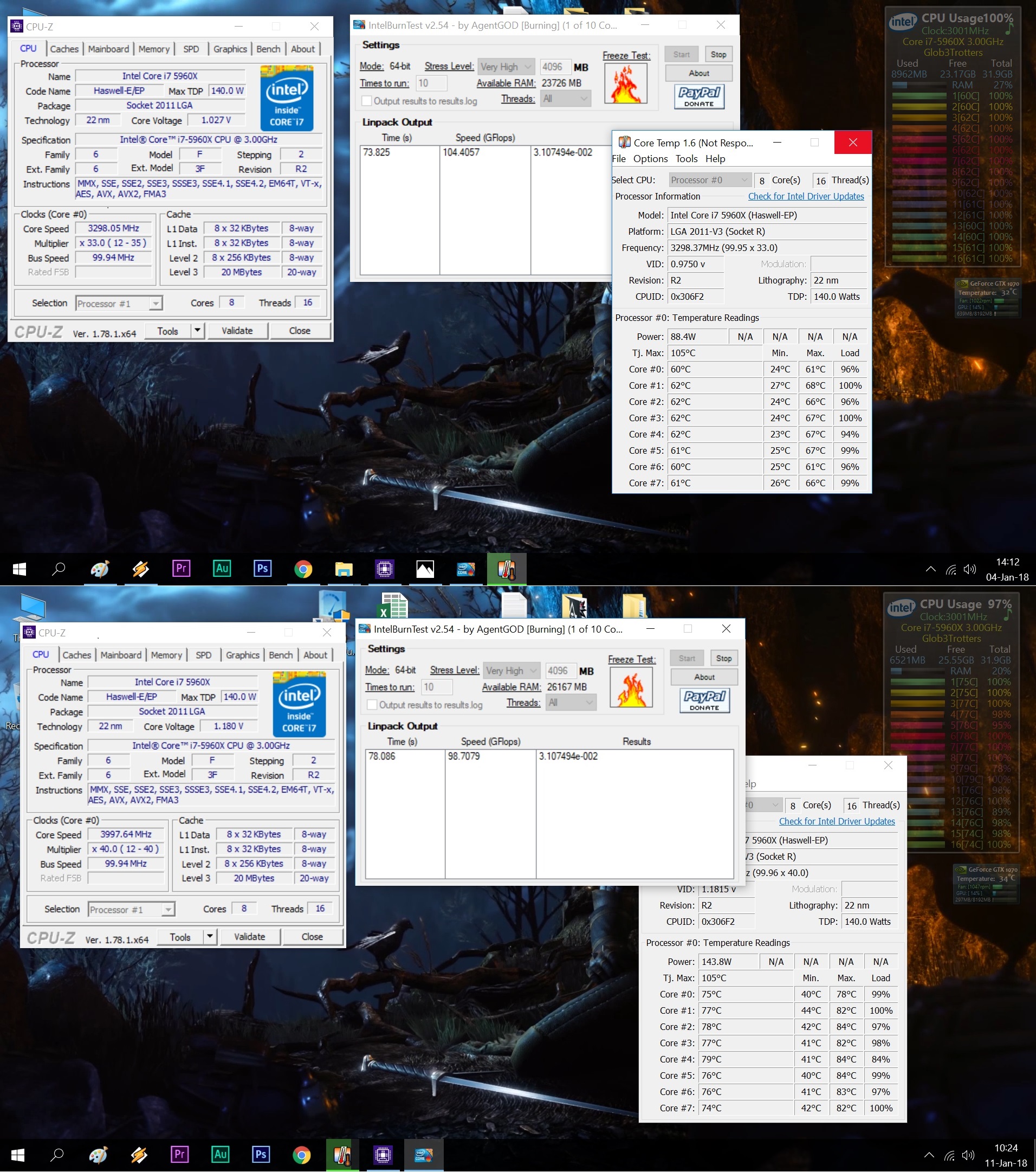 Last one is the noise output. 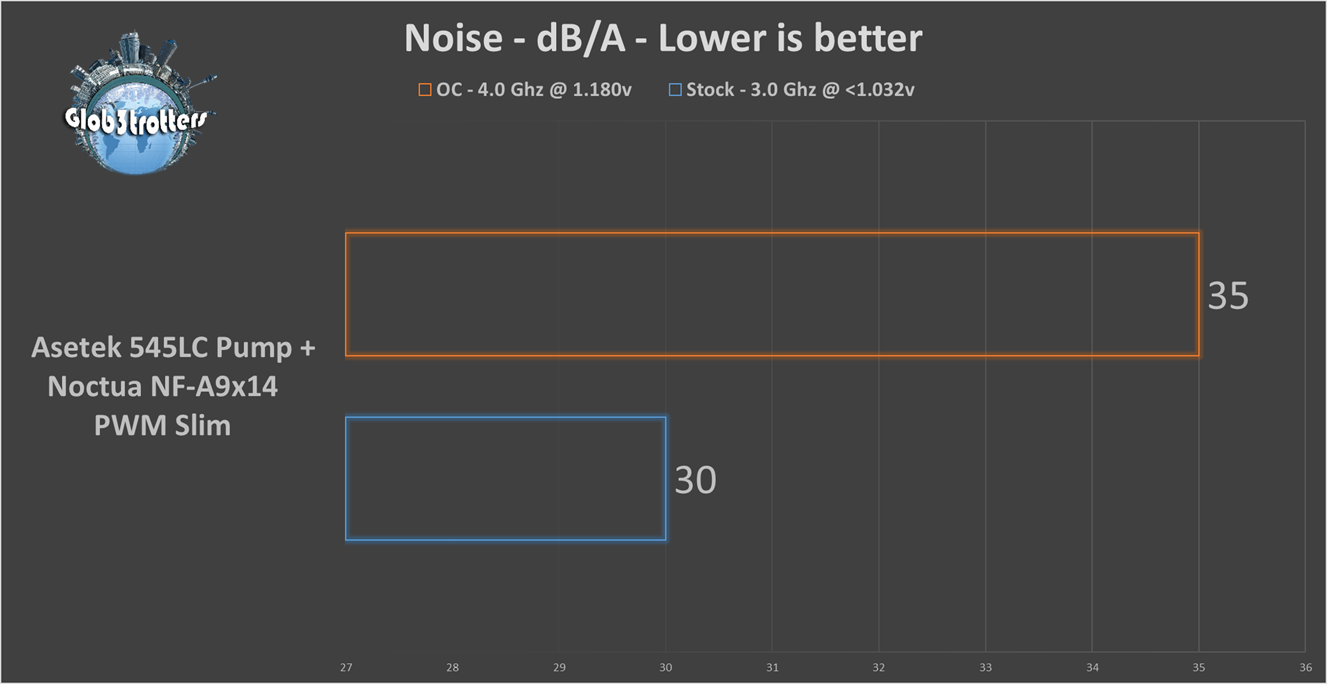 So far I am impressed with the little AIO. It managed to keep the 5960x under control with no problems in stock form, and even with a mild OC at 4.0 Ghz @ 1.180v. With a bit of tinkering I have a felling that we could have reached a higher OC value but not all chips are created equally.

The pump only makes a splash sound when you first boot up the PC aka when it starts to move the liquid around. Other than that, it is completely silent even though I kept the PC on the table with no side panel, at 20 cm from me. The actual noise we recorded was mostly the fan we used as an exhaust.

Build quality wise, Asetek did a great job. Sturdy tubes but really good when it comes bending scenarios. I mean if you saw my build video, I had to bend them at 90 degrees in some areas.

A few years ago, a system this small built with of the shelves parts, then not to mention that it could ever be this powerful and cool and silent, was a pipe dream. Now, with products like Corsair SF600, Ncase M1, Dan A4 SFX, mITX x99/x299 motherboards and now AIO coolers this small, we have a new generation of epic small form factor builds.

Hence Asetek’s 545LC is in a league of its own. Currently it is the only standard format 92 mm AIO out there. In our tests today, it proved itself as an overall good performer in noise output and decent to good temperature numbers, even when used with such a powerful CPU, in such a strict and limited environment. Hope we will see more products like this in the future.

– Needs proper branding and marketing
– Being so small, the flip-side is that the cooling performance is limited, don’t expect breaking world records in OC’ing
– Too simple of a design, no logo(s), no RGB LEDs
– A bit to expensive but it’s the only choice you have
– No fan(s) included