I remember the day when 1080p finally was offered in a 60i format – a stable 60 frames per second output. I still have that pocket camera, a Sony DSC-WX50. Oh boy, for me it was like Prometheus himself giving me this technology.

Then 4K was the new thing and took a while to reach the magic 60 FPS. GoPros became synonymous with the action camera niche and very few came close to it in overall performance. Well, today I think things are about to change.

Introducing SJCAM with their new PRO series, the SJ8 – a tool that promises 4K60FPS in a versatile package for a lower price than the GoPros. Well then, let’s jump right in.

They pride themselves not only on creating awesome action cams, but also in constantly evolving to satisfy market demands. They also promise full after-sales support including releasing new firmware frequently. Thus thier moto is “Life is movement.Continuous change.”

The SJ8 familly consists of 3 models: the Air, Plus and Pro. We have the top dog, the Pro model. Prices for it are below via Amazon.

This is exactly what I meant regarding the price. The GoPro HERO6 asks almost double then the SJ8s.

Have a look at the video review as well:

The promo clip does a great job in highlighting the main attractions and specs for this action camera. Thus we have:

* Powered by an Ambarella H22S85 chipset and the image sensor is provided by Sony – the IMX377
* Digital zoom up to 8X
* Can be submerged up to 30 meters underwater
* 2.33″ UHD IPS Retina Touch Screen
* Remote control available via proprietary accessorizes or by your smartphone via the app

* EIS – the same as the GoPro6 mind you
* Built-in six-axis Gyroscope which can be further enhanced via the SJ hand-held Gimbal
* USB Type-C port and get this, it can even charge other peripherals.
* Detachable battery with a capacity of 1200 mAh thus plenty of juice to keep you going
* 7G 170º FOV which means there are 7 layers of glass lens including 2 layers of Asperic lens that allows for a distortion-free, high resolution, 170-degree Field Of View, perfect for capturing everything that is in front of the camera with absolutely crisp and vibrant detail.

A pretty impressive rap sheet so far. Now let’s do the unboxing.

The SJCAM SJ8 Pro is well protected in the box and can be seen via the transparent plastic. The package has a nice minimalist design with all the main specs highlighted.

The back part further details the specs.

The exterior packaging slides off to show the main box. Inside we see that the camera is nested between two accessory boxes.

Speaking of accessories, you get the following:

Here it is. The camera is already installed in the waterproof casing. So let’s explore this one.

It offers access to the main buttons on the camera to fully control it while it is in the case.

The back housing screen offers full view of the camera’s display.

This is the quick release latch and it is very strong. Not hard to open but it’s very very secure.

The big white rubber seal is what offers the full protection against the elements. Also notice the 4 black round pads in each corner that prevent the camera from moving inside if any shocks may occur.

The camera doesn’t move inside whatsoever which is what you want to avoid scratches, especially the lens. So here is the camera. The outer body has this rubberized feel to it which makes it easy to handle without worrying it will easily slip from your hands or even gloves.

In the front we have the main Sony IMX377 camera. Tot he left is the secondary OLED 0.96″ display and two notification lights. Down right in the corner is the front microphone.

The left side has the second microphone and the USB Type-C port.

The main screen doesn’t have that thick bezels. We will get back to it in a second.

On the right side we have the power ON/OFF button and on the top the shoot button with a big speaker on the opposite side.

Underneath we can see a standard 1/4″ screw hole. Very handy to attach it to virtually anything. Then on the left we have the battery latch.

Speaking of the latch, I love it ! It’s like opening a mini vault door ! Also here is where you can insert the microSD card. Just make sure you get at least Class 10 UHS compatible card which can give you the sustained writing speed of 4K’s high bitrate. For the SJ8, I saw an average on the test videos at 4k60fps, around 100.000 kbps which translate to around ~ 12 MB/s.

After charging it, let’s fire it up. Long press the side button for 3 seconds and it comes to life. It lights up the main buttons. You can even change a settings to turn to button lights off if you so desire.

The front screen displays the most important information you need like battery status, current time, what mode it is in and how much space is available.

The main screen is big enough to operate without being cumbersome and the interface is easy to navigate and operate. You can’t see it in the pictures but the screen is very clear, bright and the touch responsiveness is good.

Let’s explore the menu now. It’s much more practical via a video. Also notice how fast it can start recording and how smooth and responsive the menu is despite the fact that I forgot to remove the protective film. Zooming in is seamless, don’t forget it is still a digital zoom so don’t expect miracles on the quality front.

Well that wraps up this chapter. Now for the fun part. For this we must go on a small day trip. Be right back.

You still here? OK. Let’s continue. I will compare it to other devices for the video and picture quality. Below we have the list:

* Samsung Galaxy S8 which has a 12 MP sensor that maxes out at 4K30FPS when it comes to recording
* Samsung Galaxy S9+ which has the same 12 MP but maxes out at 4K60FPS and considering the S9+ has one of the best and most impressive smartphone cameras on the market, with that variable aperture integrated thus will make a great testing candidate against the SJ8
* Sony DSC-WX50 which maxes out at 1080p60i with a 16 MP sensor – remember my pocket camera from the beginning?

Then I will do the submerge test, a low light/night tests and finally to see how good the integrated stabilization works.

Let’s start with some picture samples. Everything is set on auto with maximum quality on all of the devices. 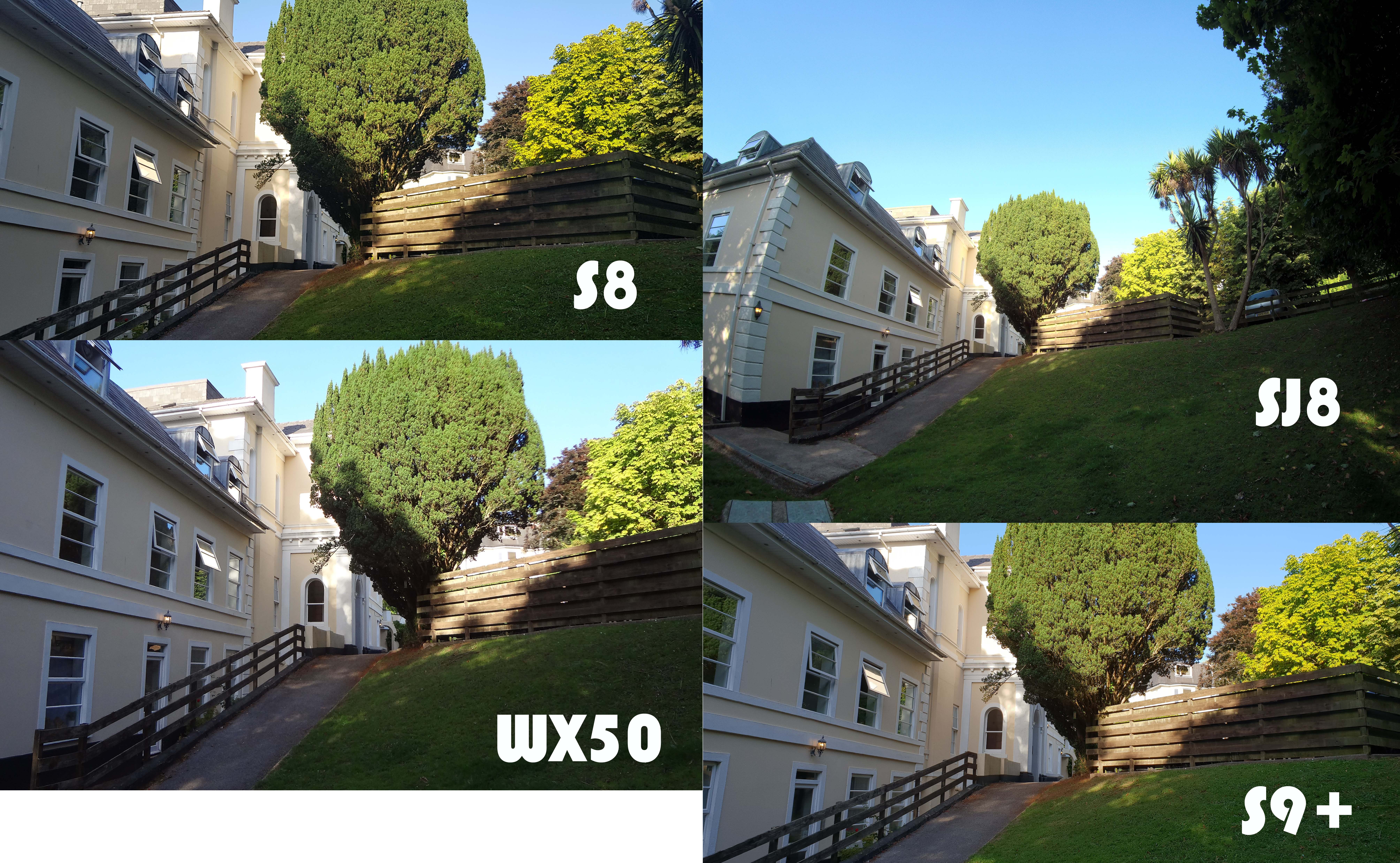 Then here are some more picture from the SJ8 alone. I only scaled them down to load faster. Each picture at max resolution from the SJ8 is around 3 to 6 MB in size. 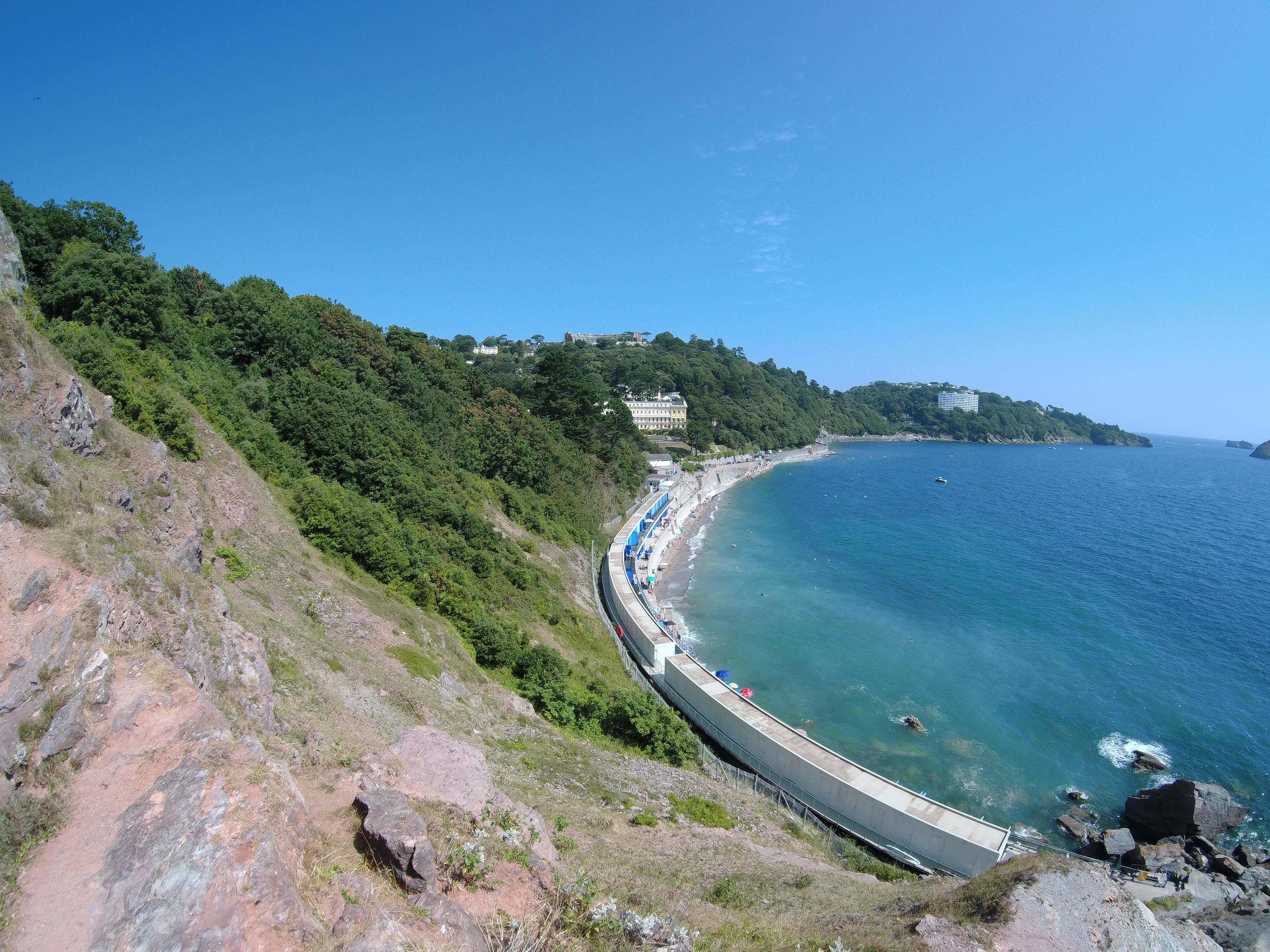 Love these lens which can give this curved reality perspective. 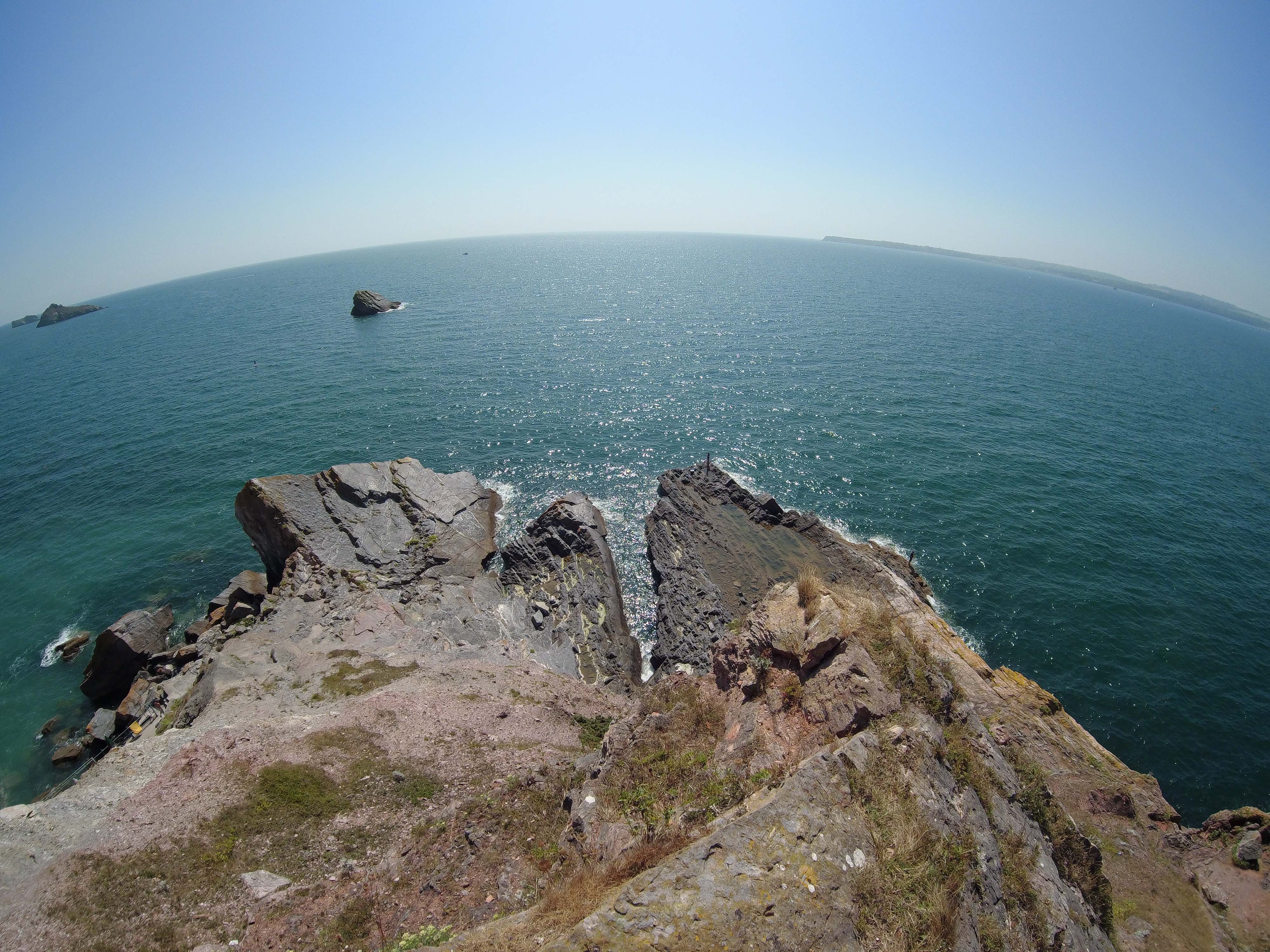 A few more around town. As you can see so far for an action camera, the picture quality is pretty damn good. 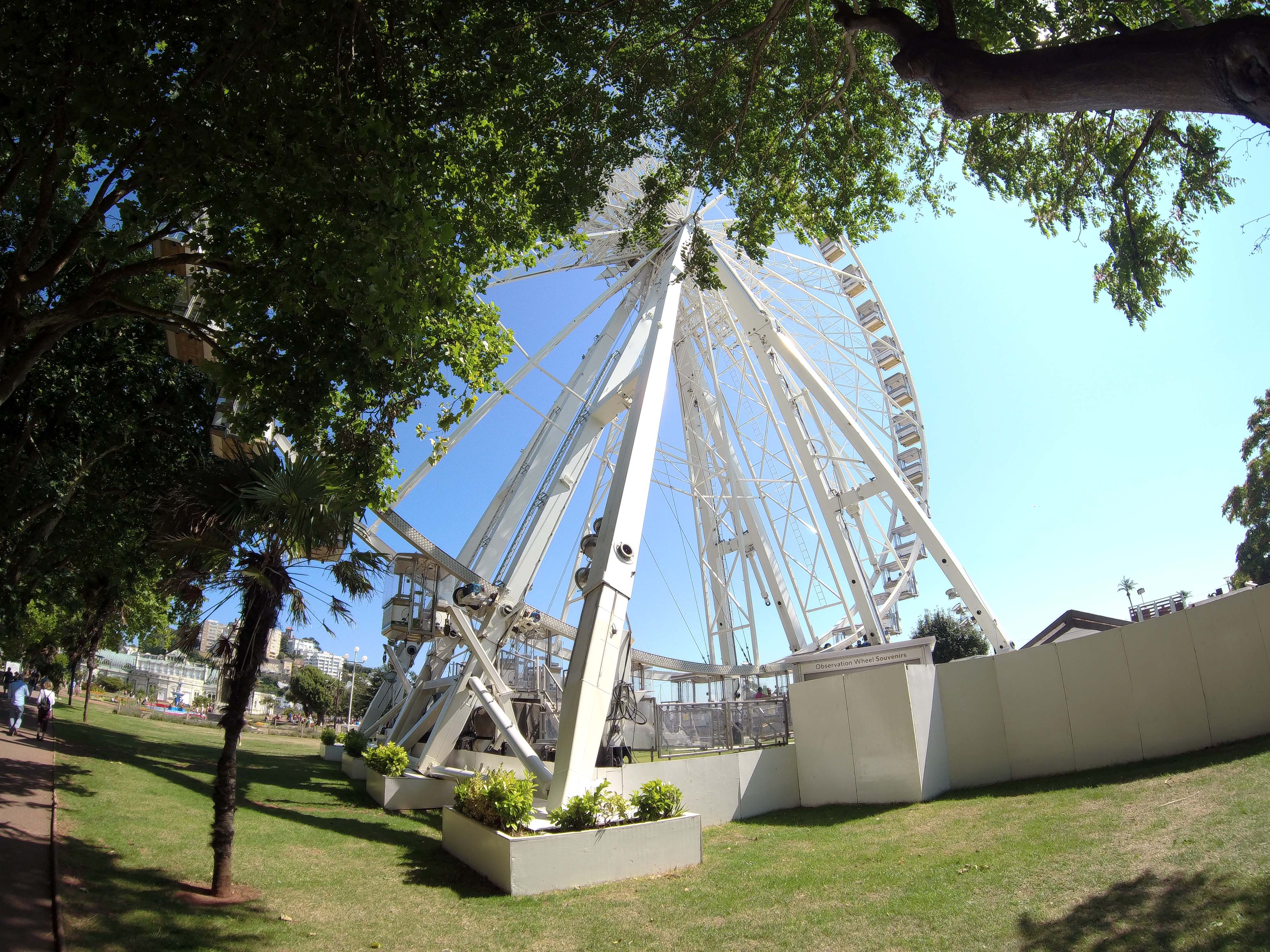 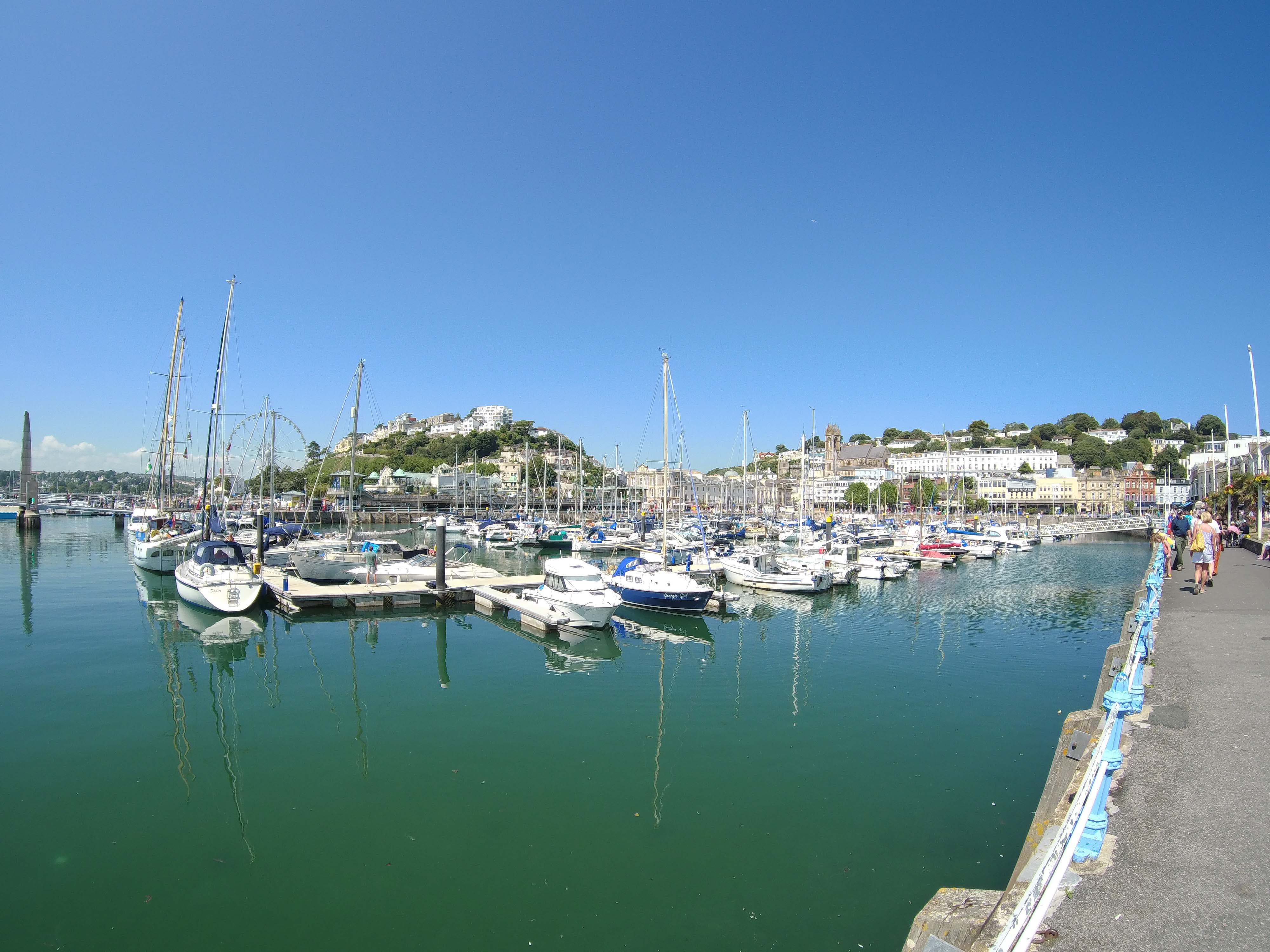 Then one indoors in day time. 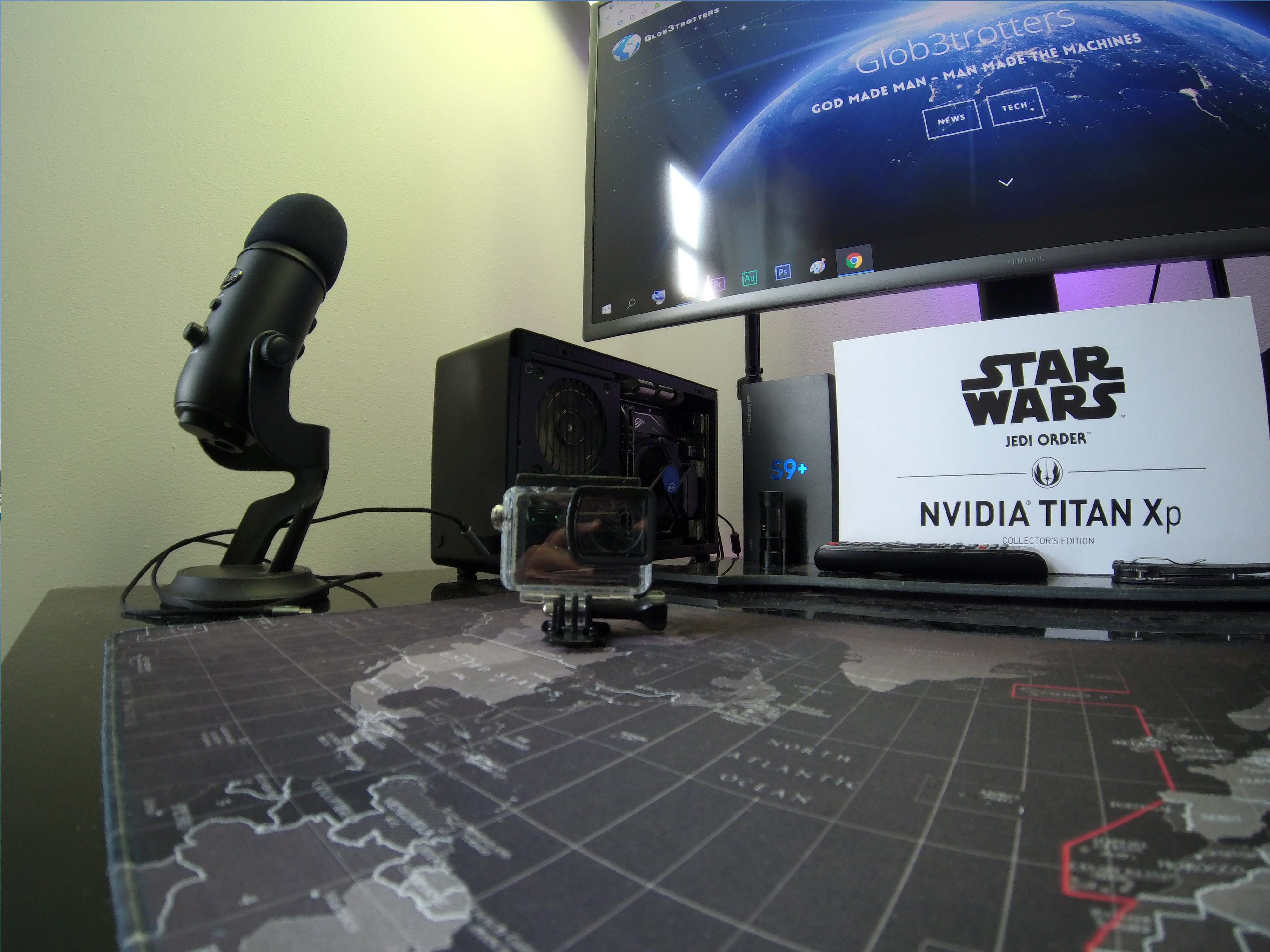 Now here is a night shot. You must be very still or it will get really blurry.

One more indoors just with my ambient RGB lighting. Wicked! Again original untouched photos only scaled down in MB. 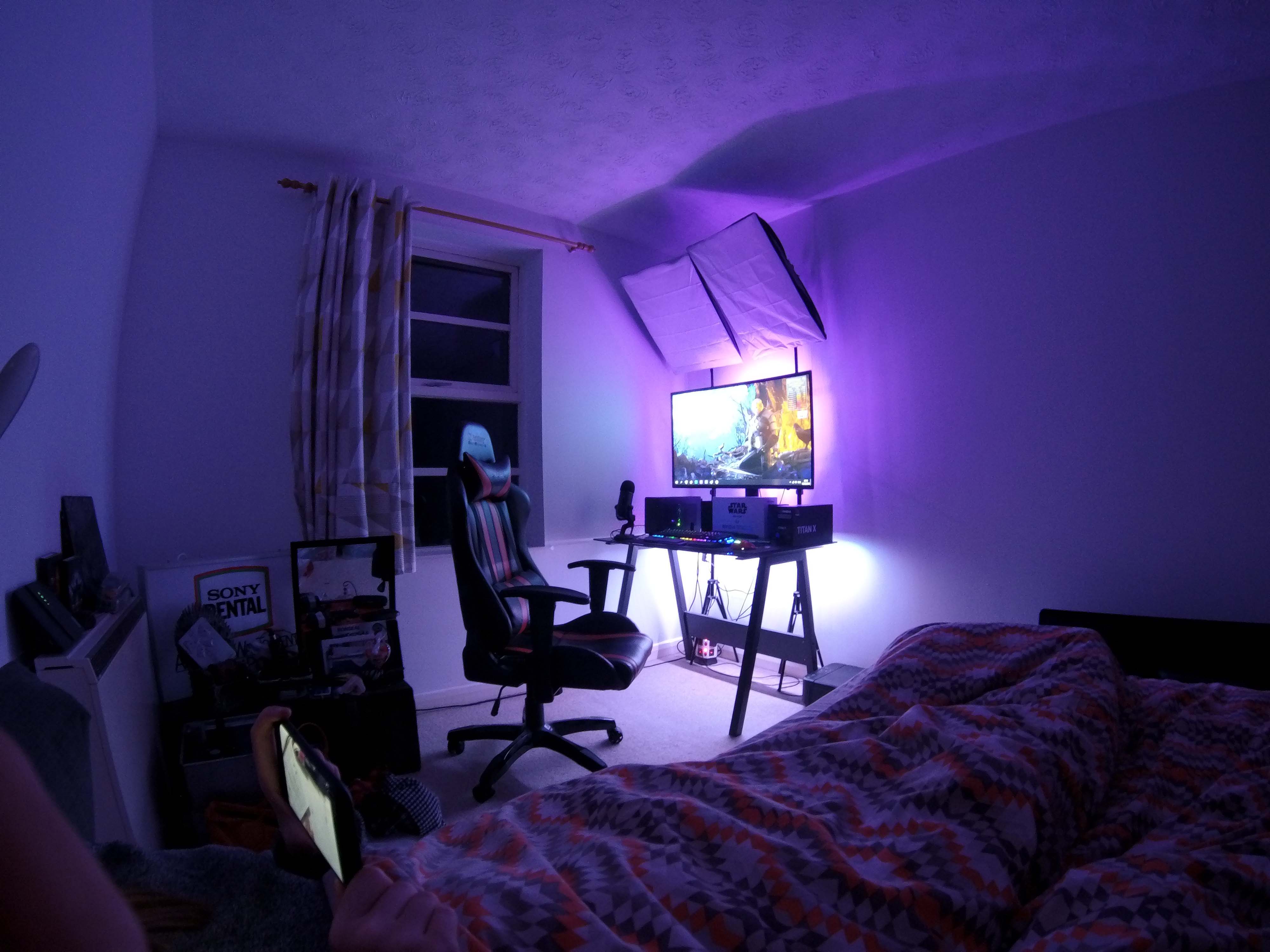 The RAW pictures are big in format so if you want to see for yourselves, you can download a sample from here.

Now it is all about motion.

Behold what it can do at 4K60FPS in all of its glory!

Here is video comparison between all devices uploaded individually – in this order S8, S9+, WX50, SJ8.

A key feature is the built-in EIS which only support up to 4K30FPS. But as far as I can tell it works really good ! Below you have with it ON vs OFF, in a normal walking scene.

Then here in a jogging scene.

Here is a zoom test. Up to 8X and the further you go the more noise it adds and the overall quality goes down. That is normal for a digital zoom.

Then here is the famous drowning sequence. All good, not a drop of water inside.

Slow motion maxes at 240 FPS but the resolution goes down at 720p.

Then for a nigh recording. Not much light is picked up by the sensor when compared for example to the Samsung S8.

Indoors, with minimal light there is noise everywhere which most non professional or DSLR cameras do.

Notice how both microphones don’t distorted the sound even if it is a loud scene (white car passing at the end).

OK, those were a lot of samples. So let’s summarize:

– 4K60FPS is epic, no frame drops, constant high bitrate even in nature shots which cary the most detail. Also shines even when compared to one of the best smartphones cameras out there the S9+ (until the Note9 gets released)
– 4K30FPS without EIS is not fluent at all, very shaky videos are resulted even in a simple walking scene.
– 4K30FPS with EIS is a whole new ball game, almost perfect balance and a very smooth scene is presented even in action scenes.
– Indoors or nigh videos have noise or without ample light not much can be picked up by the sensor.
– The 8X digital zoom is adequate as per all digital zooms.
– Slow motion is always fun but looses resolution as you double the FPS.
– Picture quality is really good in daytime, even indoors but with minimal light, not so great outside.
– Audio is great and it doesn’t get distorted even if it is a loud scene.

This is it ladies and gentlemen. Finally something that ca offer the overall quality and functionality of a GoPro Hero6. For almost 50% off you get 95% of the quality of GoPro. As you saw from the test samples it manages to maintain the high bitrate that will offer the magical 4K60FPS mark in a clear, crisp and very smooth video. Not only that, it also has a very good color balance. Then the picture quality for an action camera are surprisingly good. Not much to do in night environments only if you have more light with or around you. Remember that the Hero6 has EIS, just as the SJ8 which again we saw that it work perfectly. All of these combined with a very fast and fluent software, great accessory bundle, full protection against the elements, good battery life, USB Type-C, remote capability and a more manageable price, makes this SJ8, truly, an epic action camera!

Glob3trotters “Editor’s Choice” Award – 5 out of 5

A lot of thanks to SJCAM for supplying us with this epic camera !