As RAM prices are going down, Ballistix brings us today a re-release of their Elite top tier branding RAM kits. What I mean by that is they offered kits in the past with this naming scheme but mostly for HEDT configurations and never in a dual channel setup and even more interesting speeds up to 3600 MHz! They promise a lot of performance out of the box but let’s see if they are worth it.

Game. Destroy. Win. For more than a decade, Ballistix has injected speed and style into PC gaming in a way that can’t be imitated. As the only major brand of gaming memory that builds and tests products from start to finish, Ballistix brings you the proven performance and reliability that pro gamers build with. 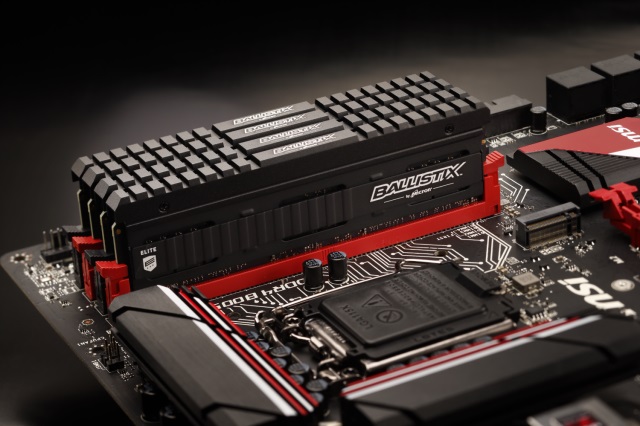 OUTPLAY. OUTMATCH. OUTLAST.
To max out performance in the final days of DDR3 technology, you needed the right processor, the right
motherboard, a PhD in overclocking, and the willingness to surrender everything in your wallet. Not anymore.
Feed your multi-cores and draw upon some of the fastest speeds and bandwidths available with Ballistix®
Elite DDR4 memory.

Outplay. Open fire with advanced speeds.
While your opponents fight petty with slower DDR3 memory, obliterate them with DDR4 speeds starting
at 2666 MT/s. Alongside these speed gains, draw on the improved responsiveness, increased frame
rates, and optimized latencies of Ballistix Elite DDR4 technology and revel in an unreal gaming experience.

The main specs are easy to follow, this series comes in either a single module, dual or quad channel setups. Starting from 2666 MHz and all the way to 3600 MHZ even for a 32 GB 4 piece kit or 64 GB kit for 3200 MHz. The complete list of all of the possible kits is accessible here.

This time around they have upgraded the packaging to these hard flip cases. The overall design is easy to recognize as the Ballistix series – a long diagonal stripe with the branding which covers a grey diamond metal look background.

From the back we find out that you can even use the Ballistix M.O.D utility to check the temperature for the sticks even though they are not RGB.

The front half-cover reveals the ELITE memory module which is protected nicely inside via a plastic combo of a window and a tray.

Right then. Here they are: The Ballistix ELITE clocked at 3600 MHz from factory ! They are covered in this thick metal plating/heatsinks which gives them this military rugged look. Also worth mentioning that this is a three-piece heatsink design. Each side has a thick metal heat spreader applied, with a trim piece which houses the “ELITE” logos.

The top is the final 3rd piece of the heatsink which has these grooves with a space in the middle for even more branding.

Overall, they are only 40 mm in height so they shouldn’t arise much incompatibility down the road with big air CPU coolers for example. The TEAM Group Night Hawks RGB RAM stick is 52 mm tall for a complete perspective.

We will employ a run of synthetic benchmarks and run some gaming sessions at their stock XMP/DOCP value of 3600 MHz but also at the “safe boot” values that the motherboard’s BIOS decides to set them – in this case is at 2400 MHz. We included these for a more broader perspective to see how things scale. Then we will see if we can OC them and how far can we push them to compare the differences.

Unfortunately we couldn’t further overclock the RAM past their stock value of 3600 MHz with these current specs. Not even at 1.40v I wasn’t able to reach even 38xx MHz with very loose timings. Since I din’t want to push things over risky voltages, I called it a day and will only present the values for 2400 MHz vs 3600 MHz. After all, 3600 MHz out of the box is the max for this series so I can’t complain that much.

We start with the integrated memory benchmark from AIDA64 so we can see the overall read, write and copy bandwidth. Left is 2400 MHz and on the left the 3600 MHz XMP/DOCP values.

Next up is a run in Cinebench R15. While this is more a CPU bound test, we know that AMD’s Ryzen CPUs will get some gains from higher frequency RAM. 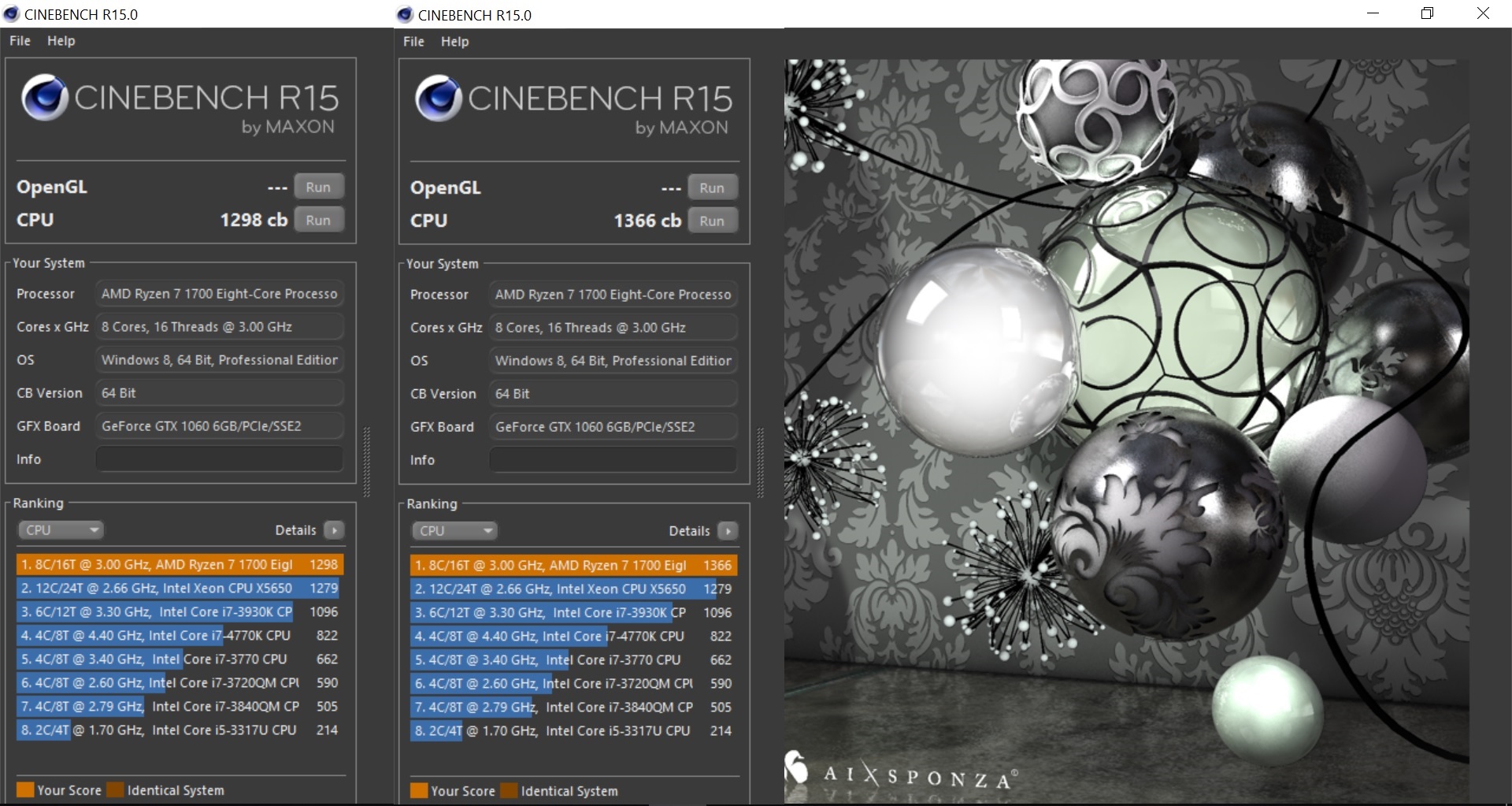 We include the newer and more specialized R20 version of Cinebench which uses a much larger and more complex test scene than R15, requiring about 8x the computational power needed to render it. The test also requires about 4x the memory. Therefore, R15 and R20 results cannot be compared and is an excellent new addition to our benchmark suite. 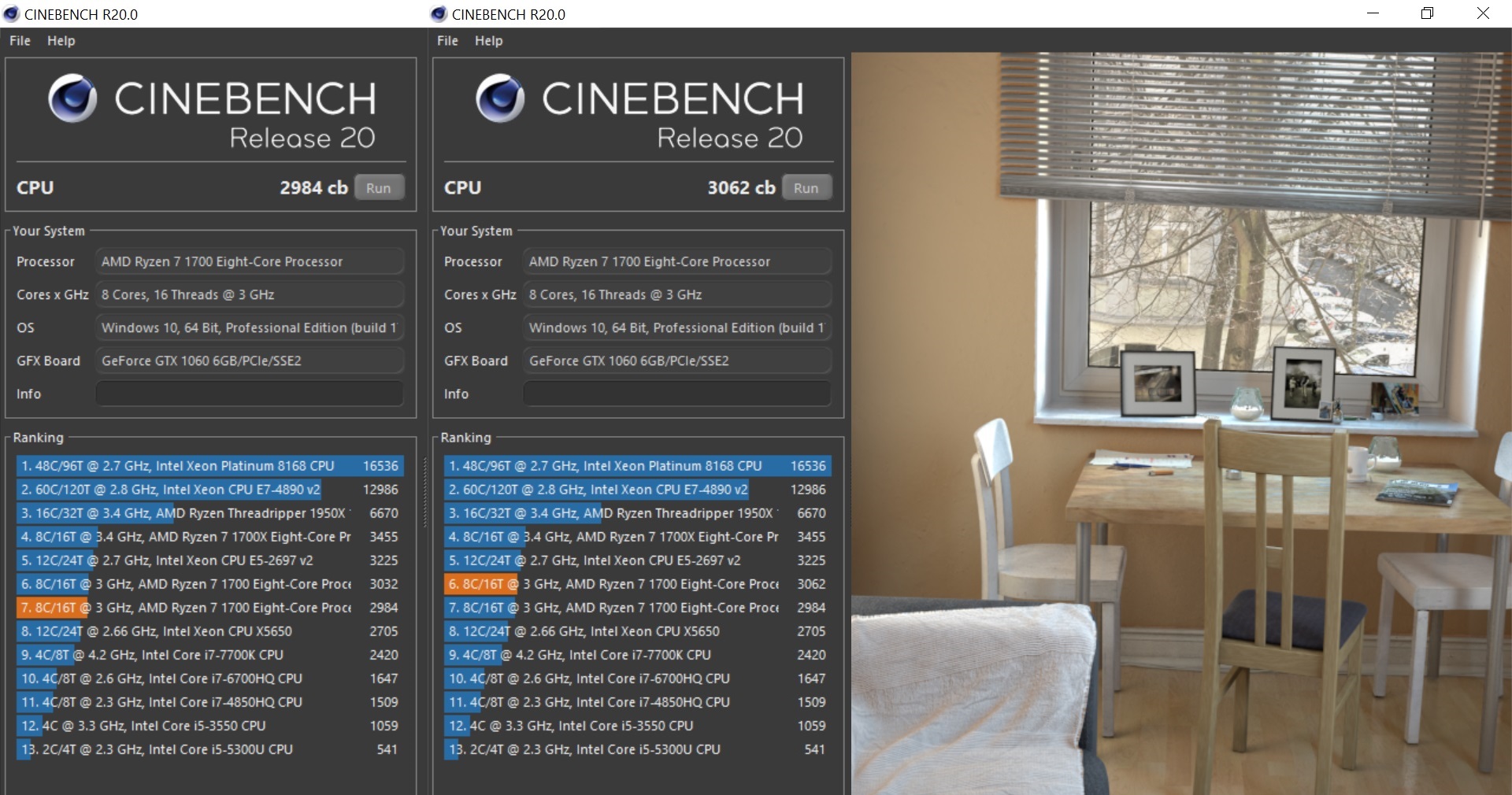 As for the game, we did a run at “Ultra” settings from the built-in benchmark of the latest Metro game, Exodus. 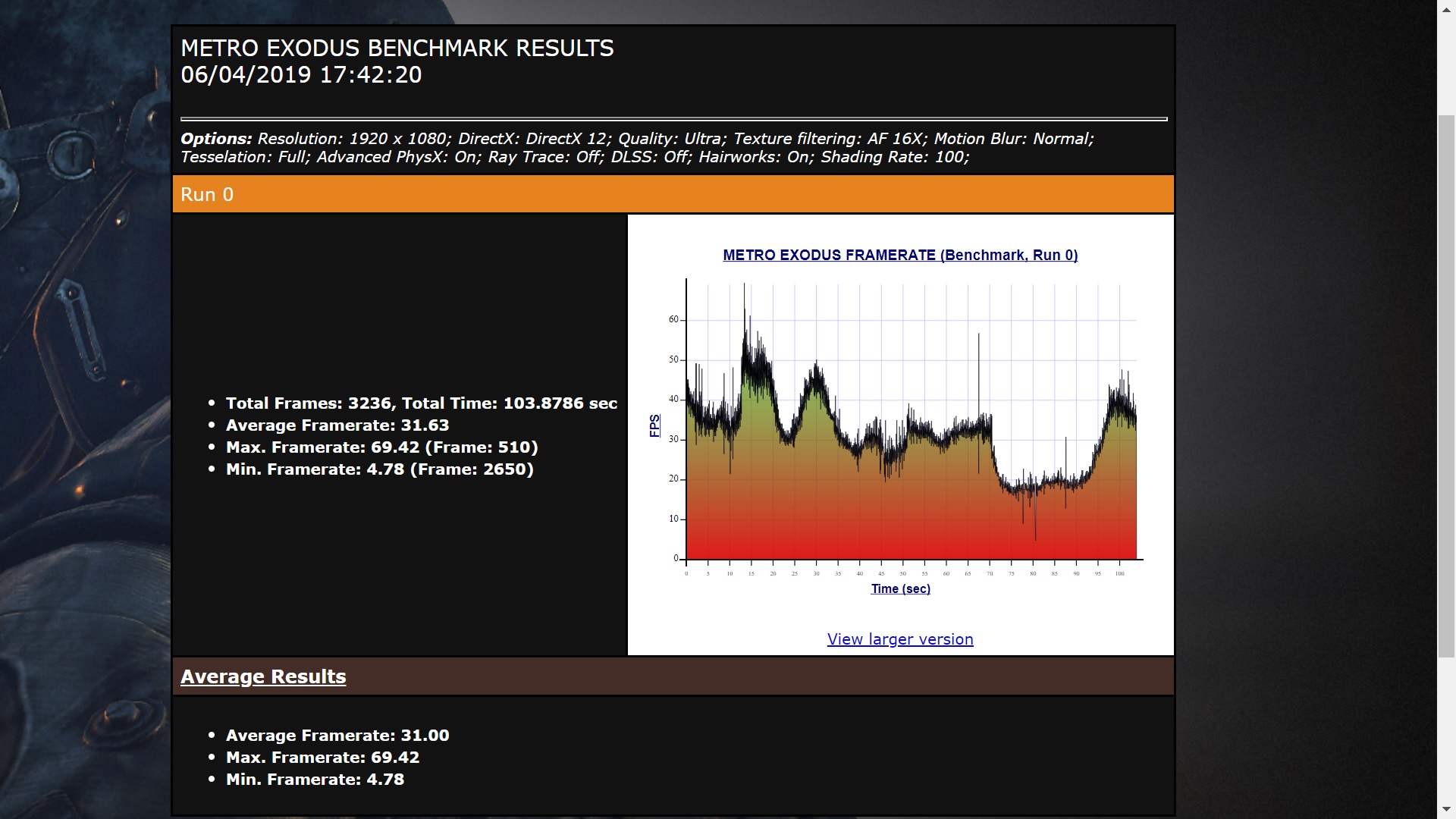 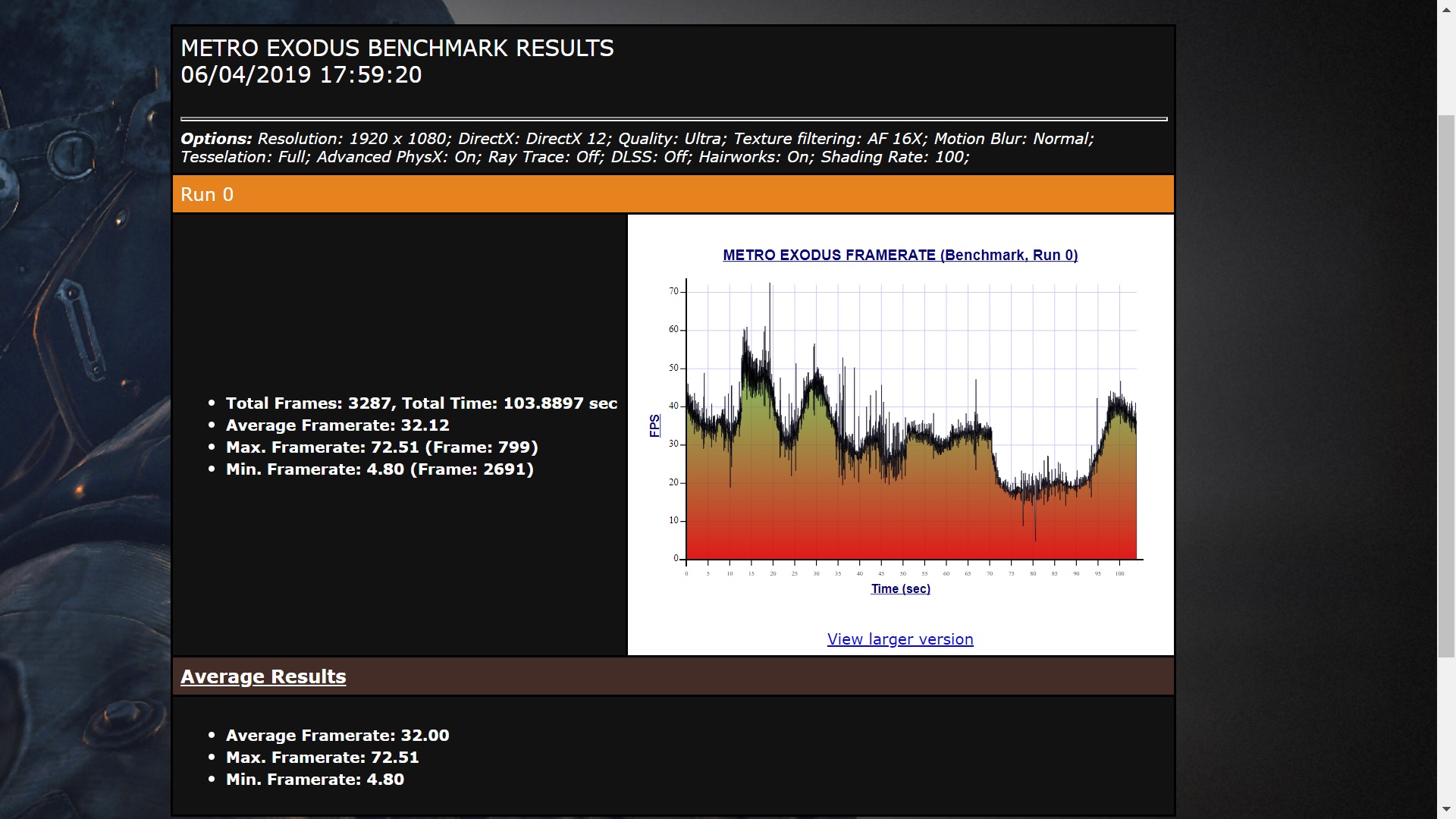 Now let’s visualize these numbers into graphs for a better perspective.

As mentioned before, our overclocking didn’t go as planned so we only have two parameters to play with. Alas, we witnessed up to +40% increase in overall bandwidth when going from 2400 MHz to 3600 MHz in AIDA64 ! Then +5% in Cinebench R15, only +2% in R20 and barely 1 FPS increase in the average zone for the game. This tells us that these RAM sticks are more suited for faster CPUs to fully see any real life performance increases that are not under the values for margin of error. As for overclocking, out of the box they are pretty fast so I can’t fault them too much given our testing specs. Maybe a newer BIOS update and a faster 3rd gen Ryzen will definitely show even bigger numbers.

If you are in the market for a no fuss, top quality and stealthy approach when it comes to RAM kits, then look no further than the ELITE offerings from Ballistix. They top out at 3600 MHz out of the box which will offer superb performance on almost any budget system and if you wish to push them further in a top tier one. They work as intended and don’t cost an arm and a leg. Highly recommend them !

Many thanks to Ballistix for supplying us this kit !