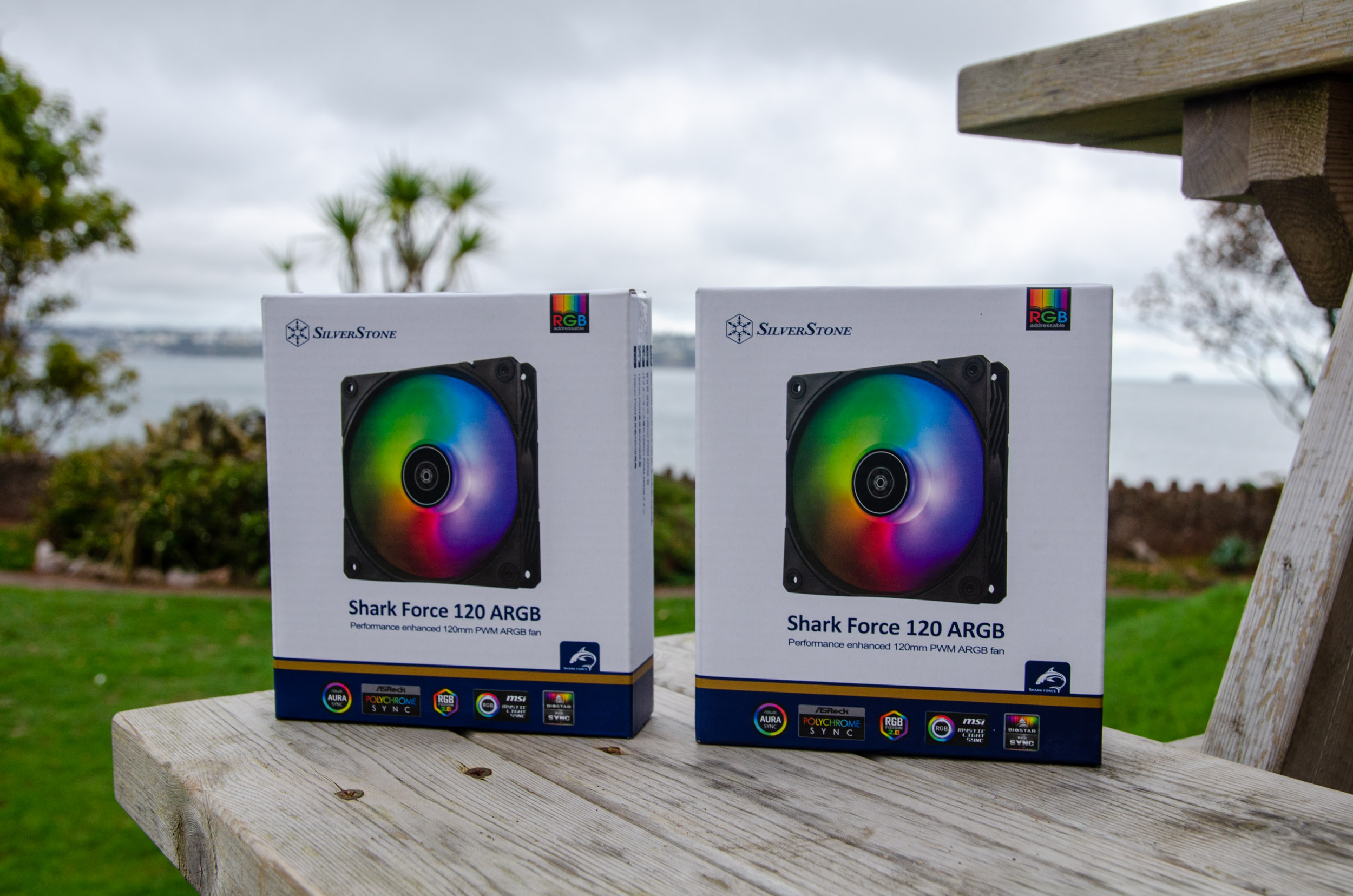 This new Shark Force series of high performance fans from SilverStone carry an impressive punch in terms of airflow and static pressure – 100 CFM and 4.66m H₂O respectively. They can be had in either an all black theme or ARGB variant.

Price wise, they retail for around $30 and $26 for the non-ARGB variant. This is really good value for money considering the rated airflow and static pressure numbers. We have on hand the ARGB version. 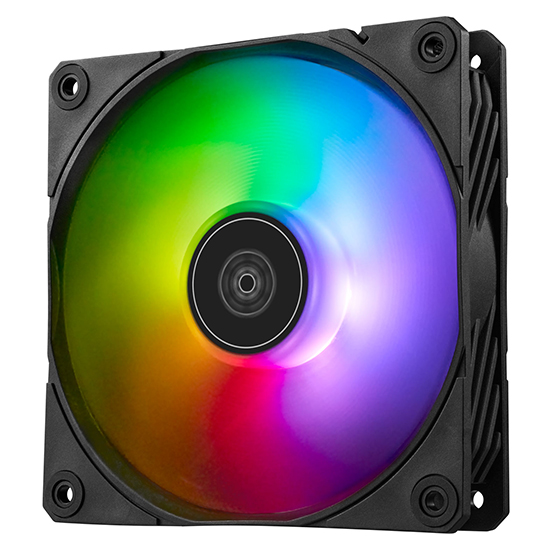 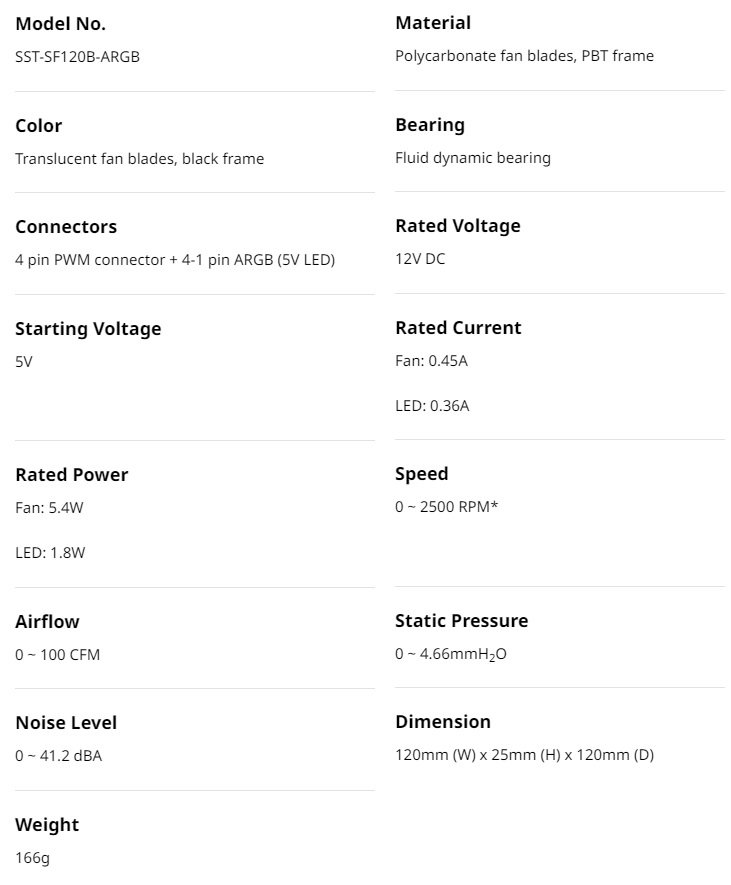 The SilverStone packaging theme and brandind is present and familiar with clear information on all sides. 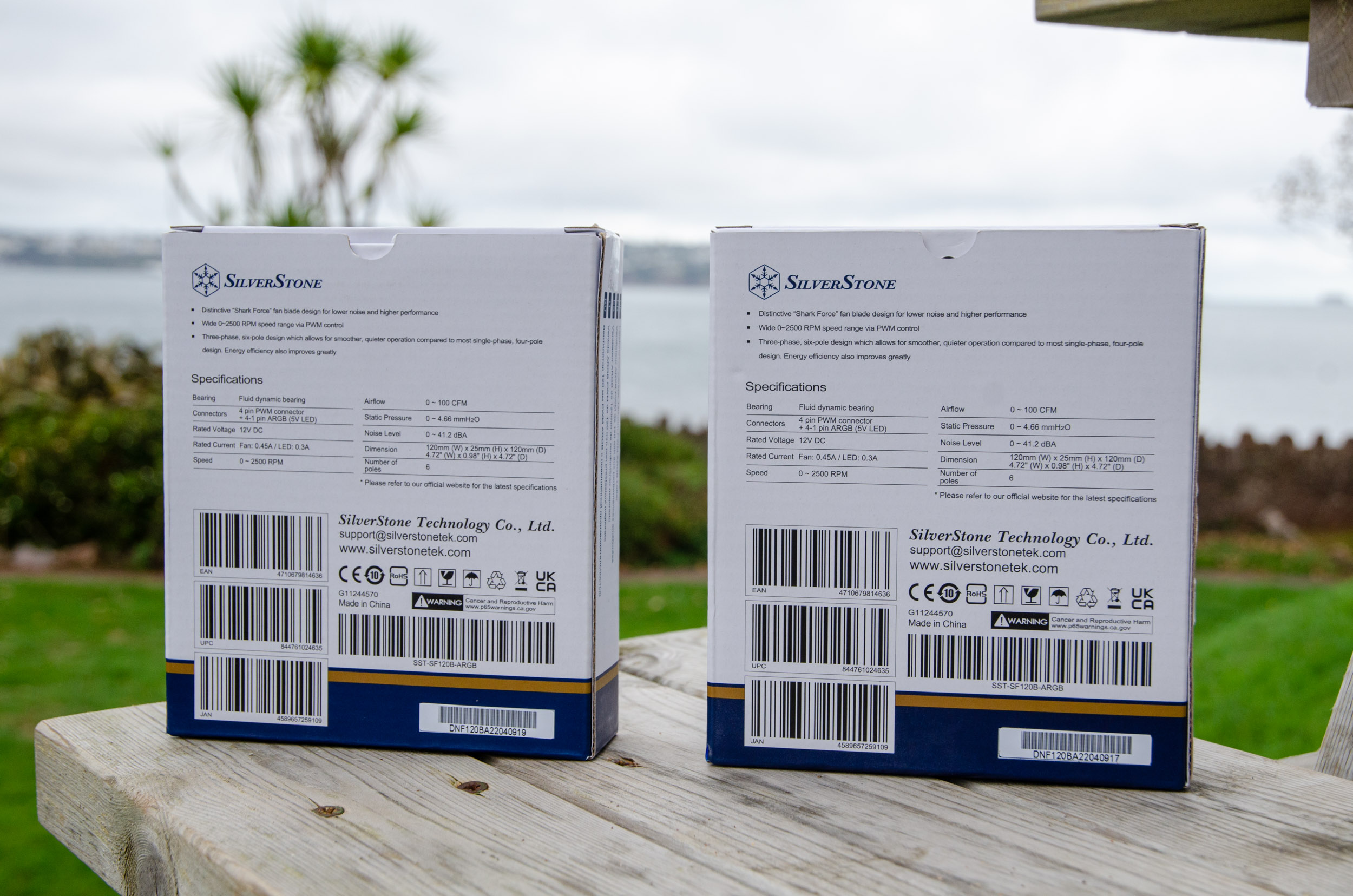 These Shark Series fans have a modular interface regarding power and lighting, via separate non-braided daisy-chained cable sets. The power one is a 4-pin PWM cable while the ARGB one uses the 5v 3-pin plug. You also receive installation screws and a warranty leaflet. 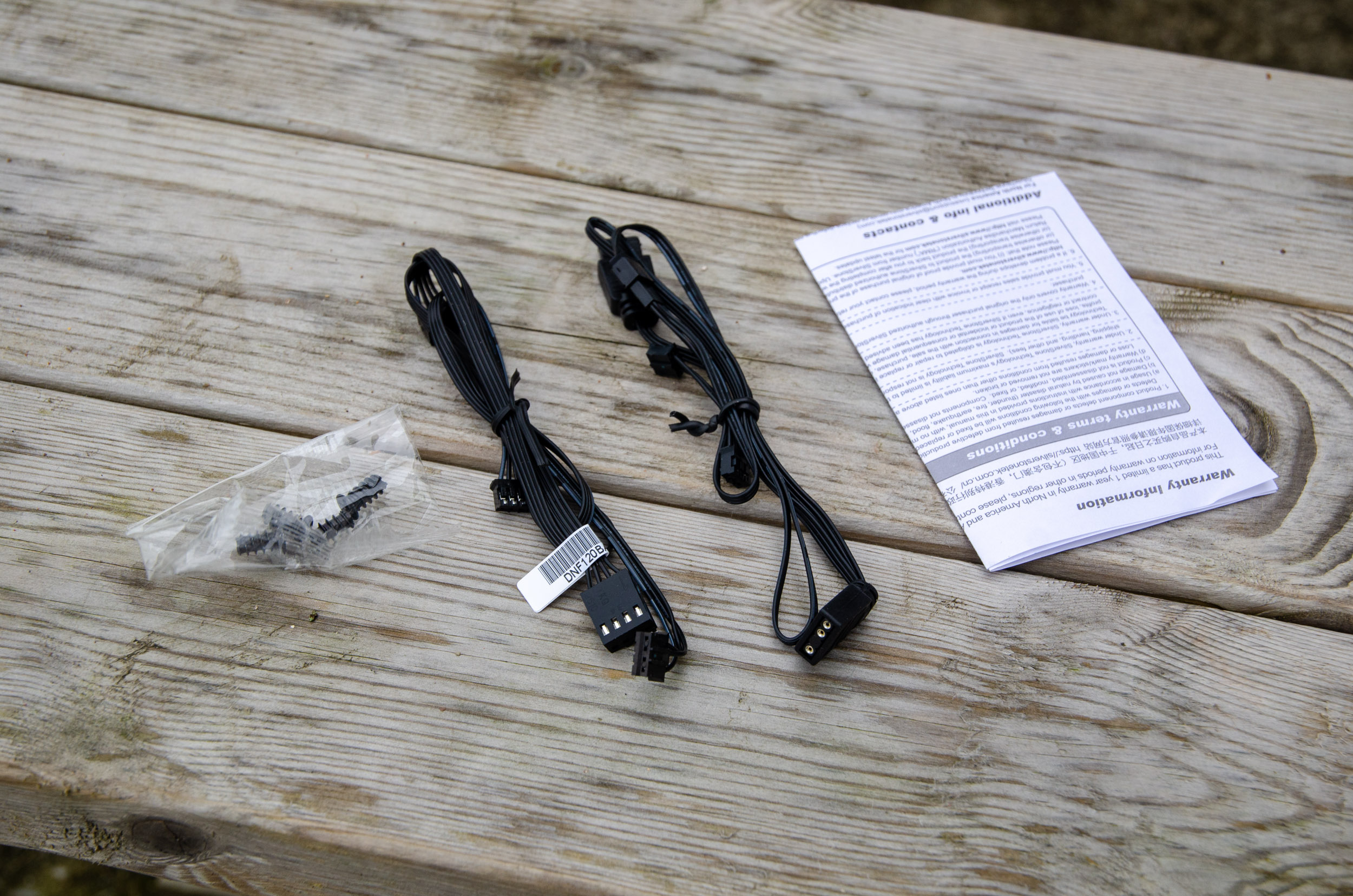 They have the ‘standard’ 120mm dimension, as in 25mm thick, thus perfectly suited for a wide variety of applications. 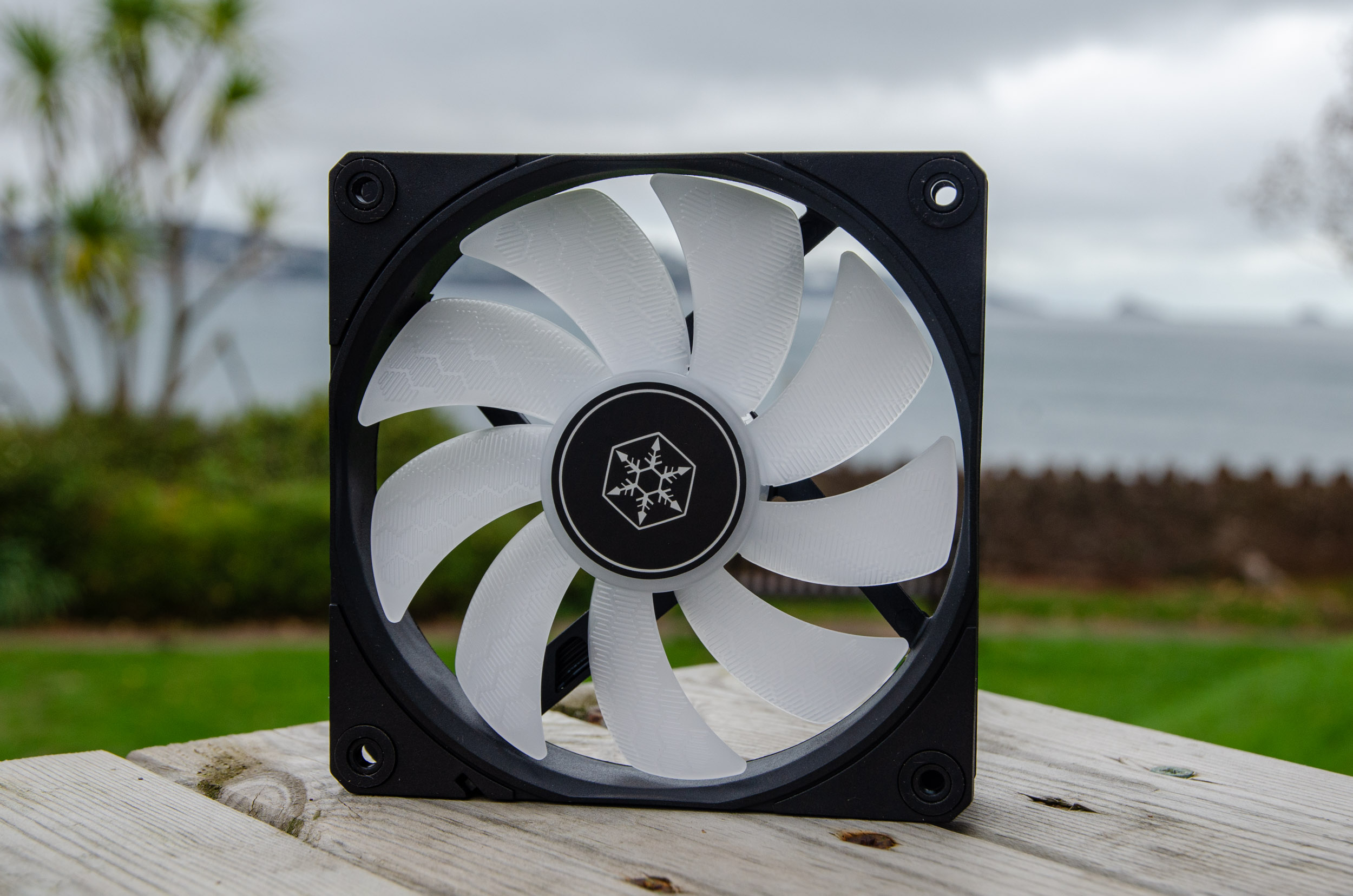 With the help of its fluid dynamic bearing three-phase, six-pole rotor, these Shark Force 120mm fans are rated up to 2500 RPM and can push up to 100 CFM of airflow, with a static pressure of 4.66mm H2O while not going above 41.2 dBA of sound output. 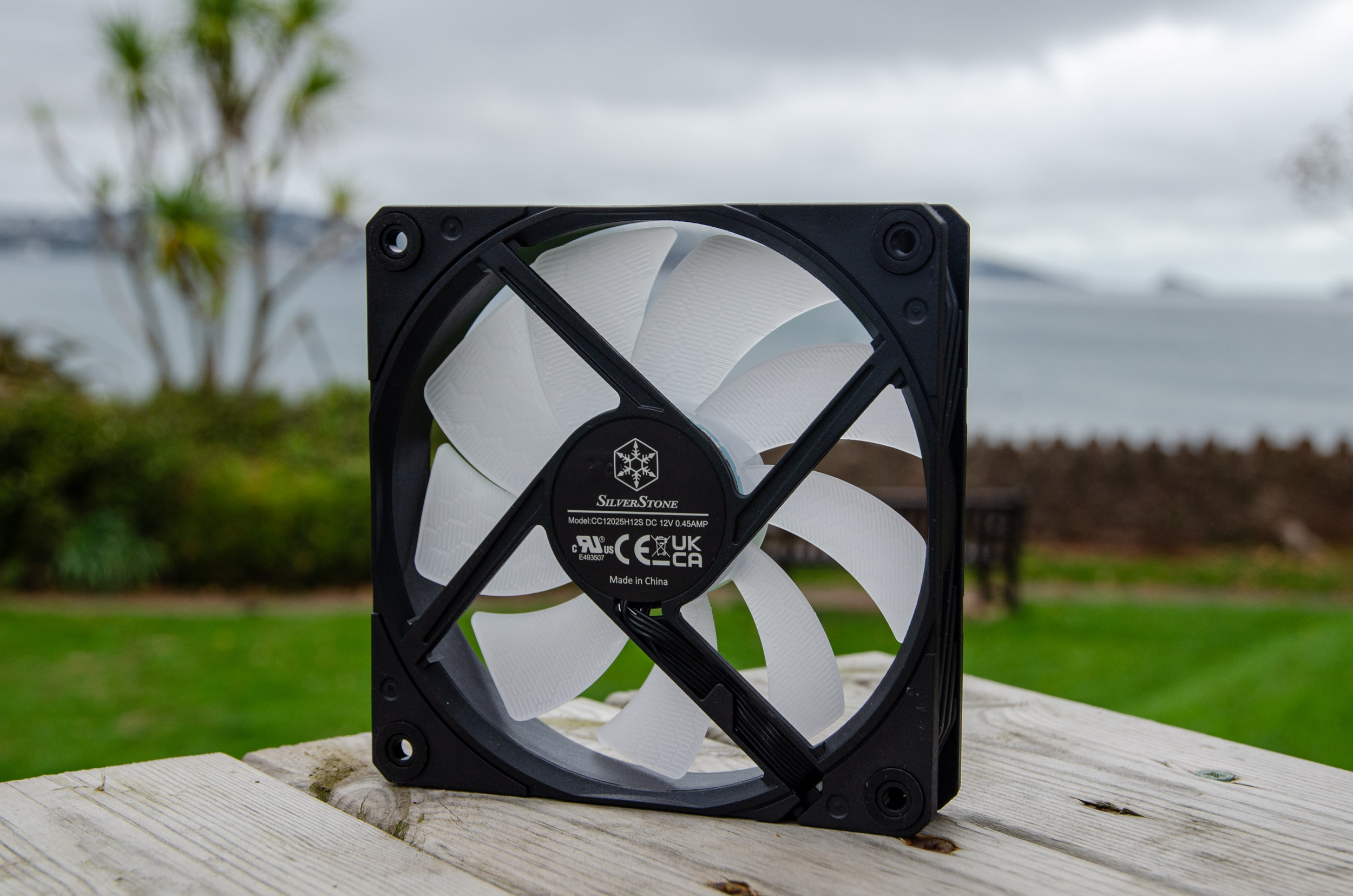 The frame has these aggressive cut-outs which complements the shark theme quite nicely. 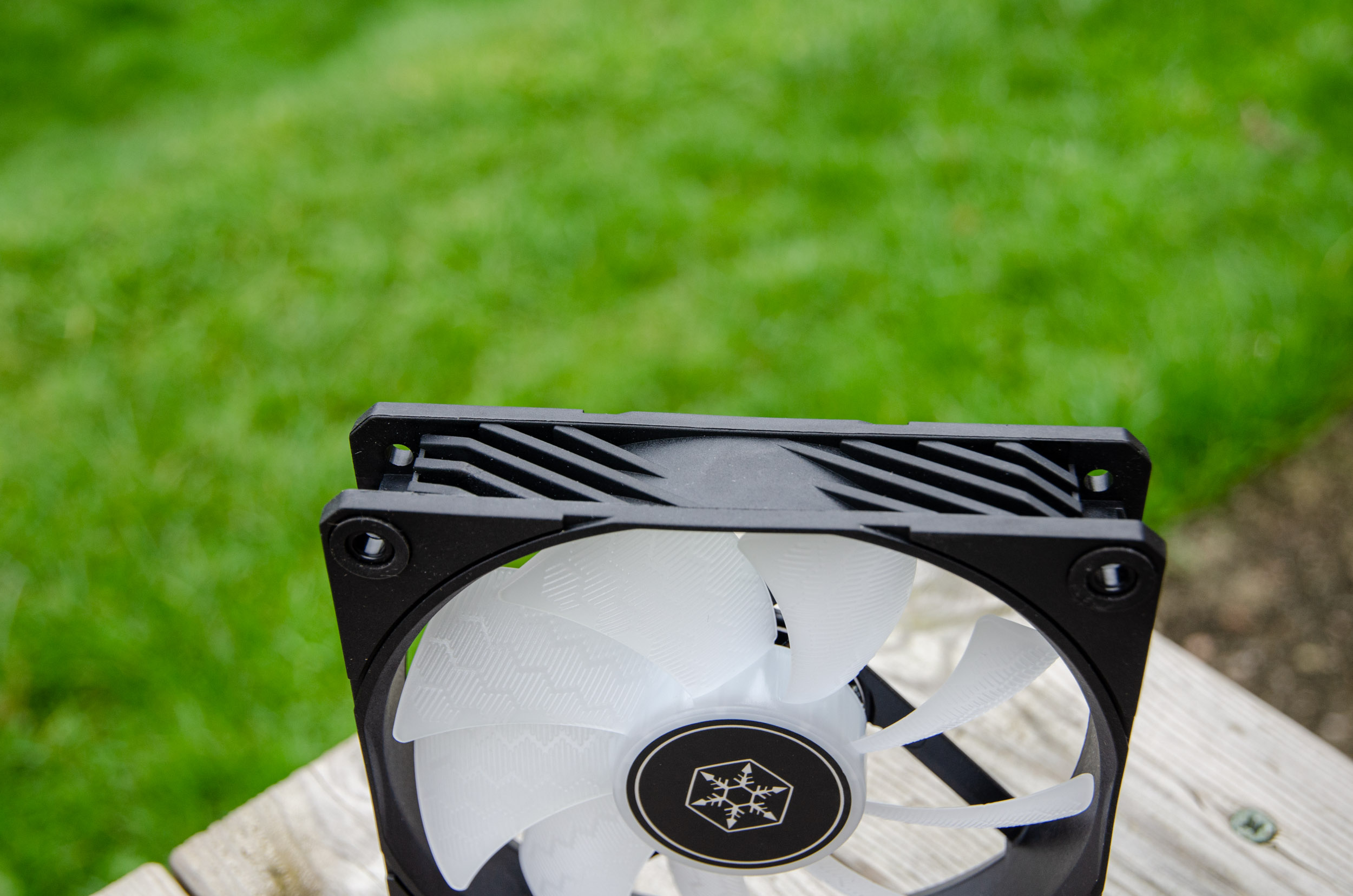 Antivibration pads are preinstalled in each corner, on both sides of the fan. 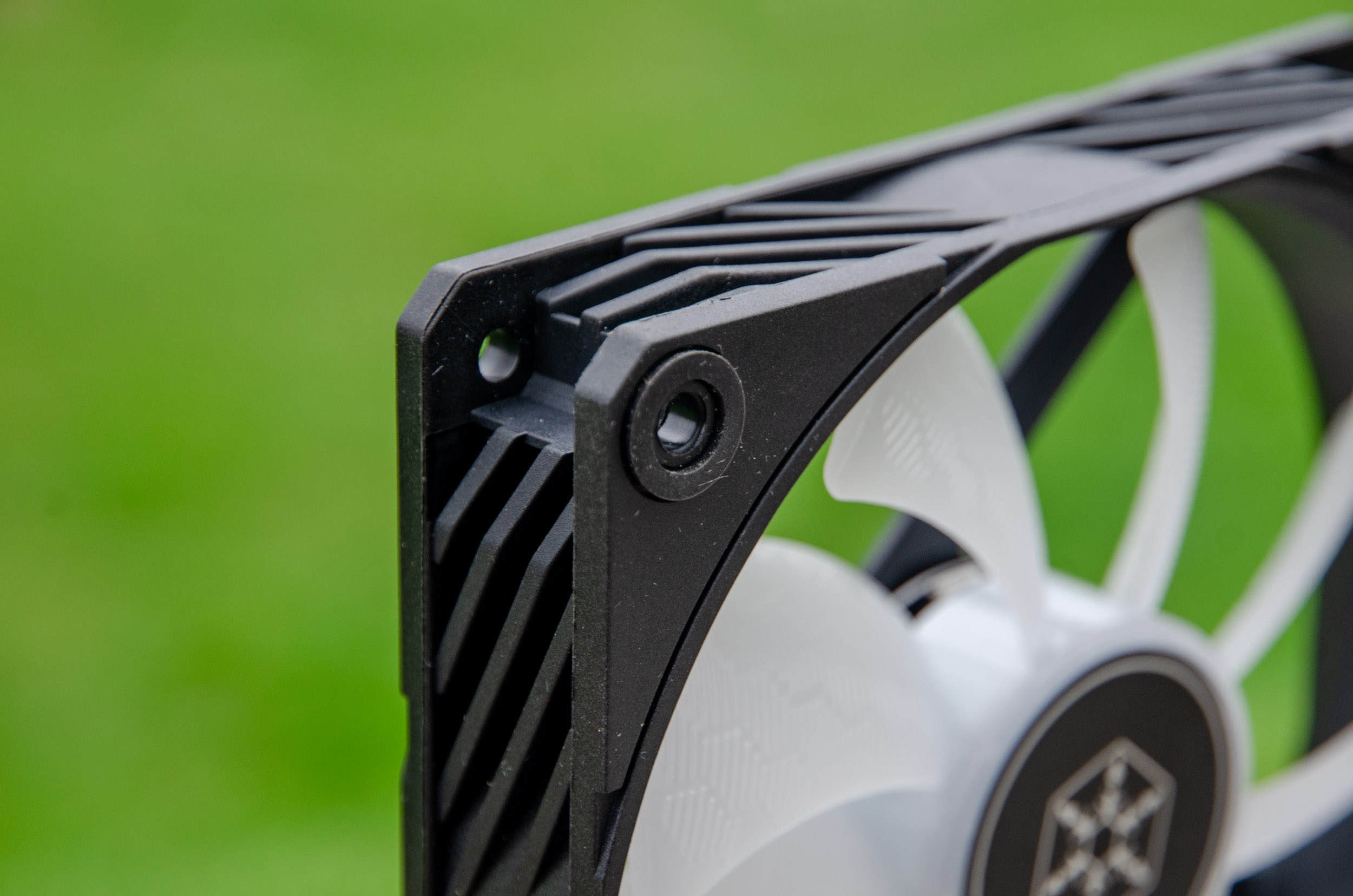 The 9-bladed fan is also inspired by the hydrodynamic properties of shark skin which act as a drag-reducing mechanism to improve their aerodynamic motion. This insures a passively altered flow that favourably affects the pressure gradient along the fan blades which improves the overall airflow performance and noise level. 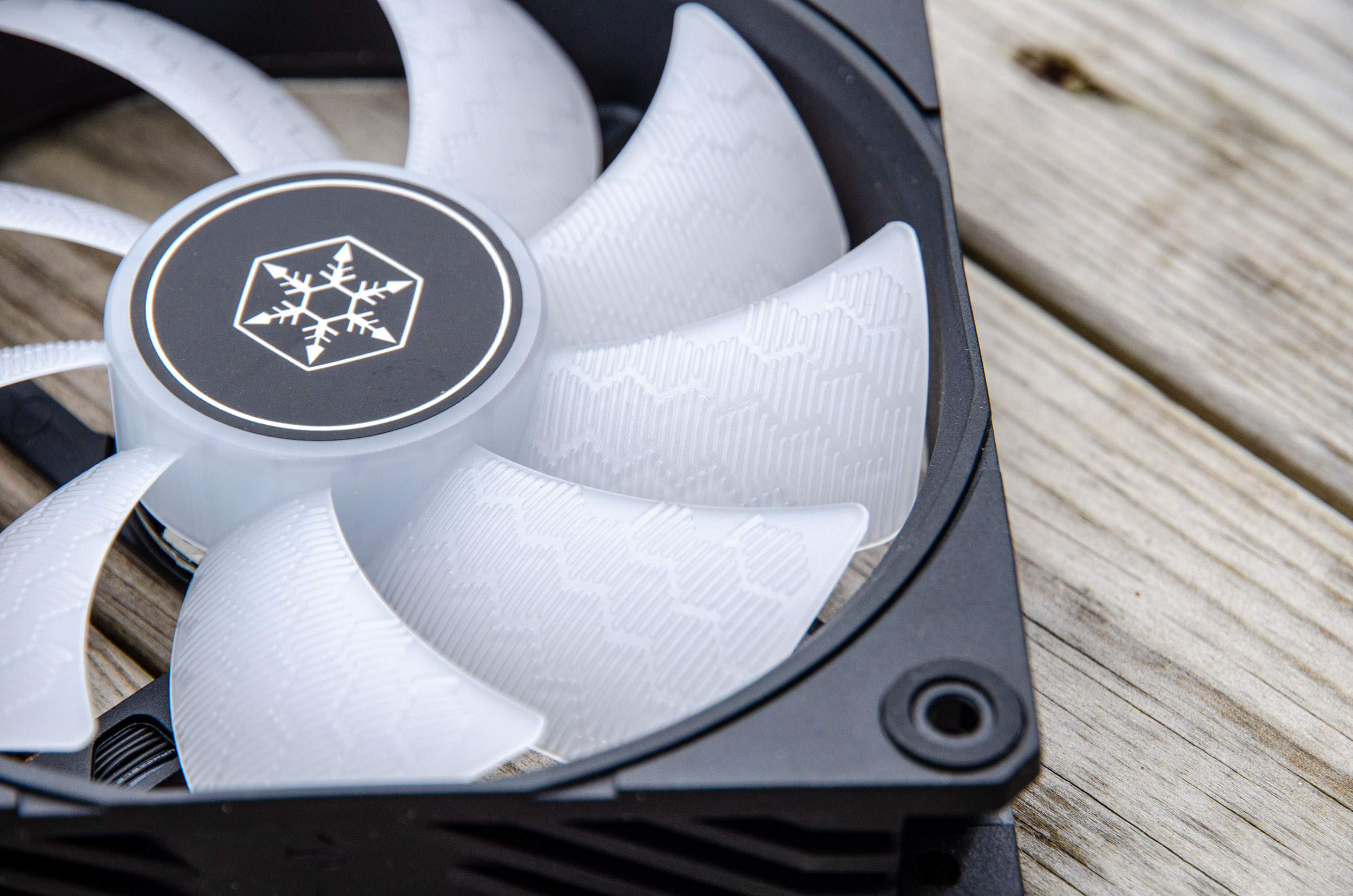 On this corner we have the ports for the power and ARGB cable which is such a welcomed feature because it helps wire management. You can even run the fans without ARGB and eliminate even more clutter. Both ports are marked and even separate sized plugs are used to remove any doubt. 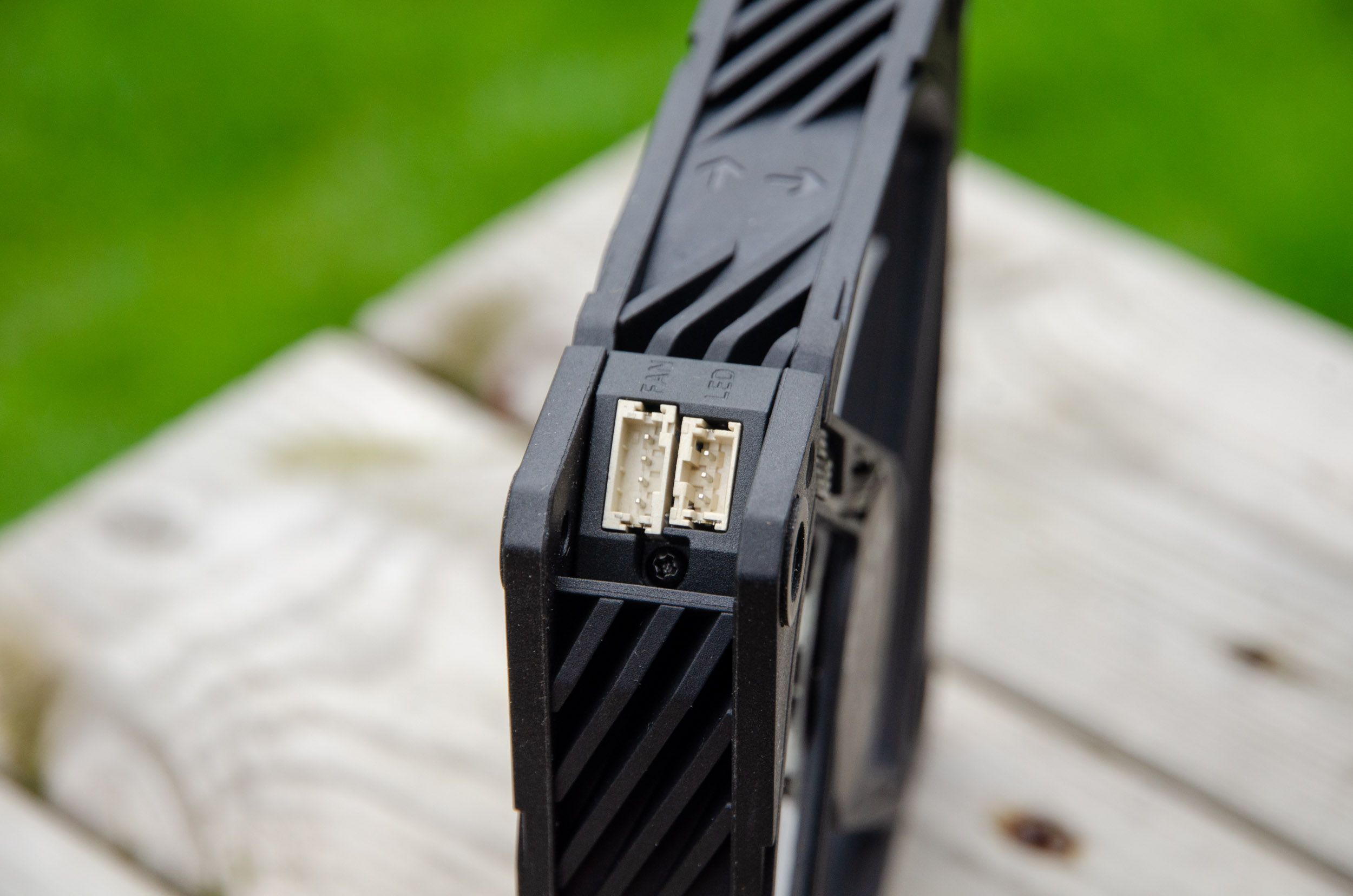 We are going to use them on an AIO to see how they behave since they posses such an attractive high static pressure rating. Just make sure you orientate them in your required intake/exhaust position. 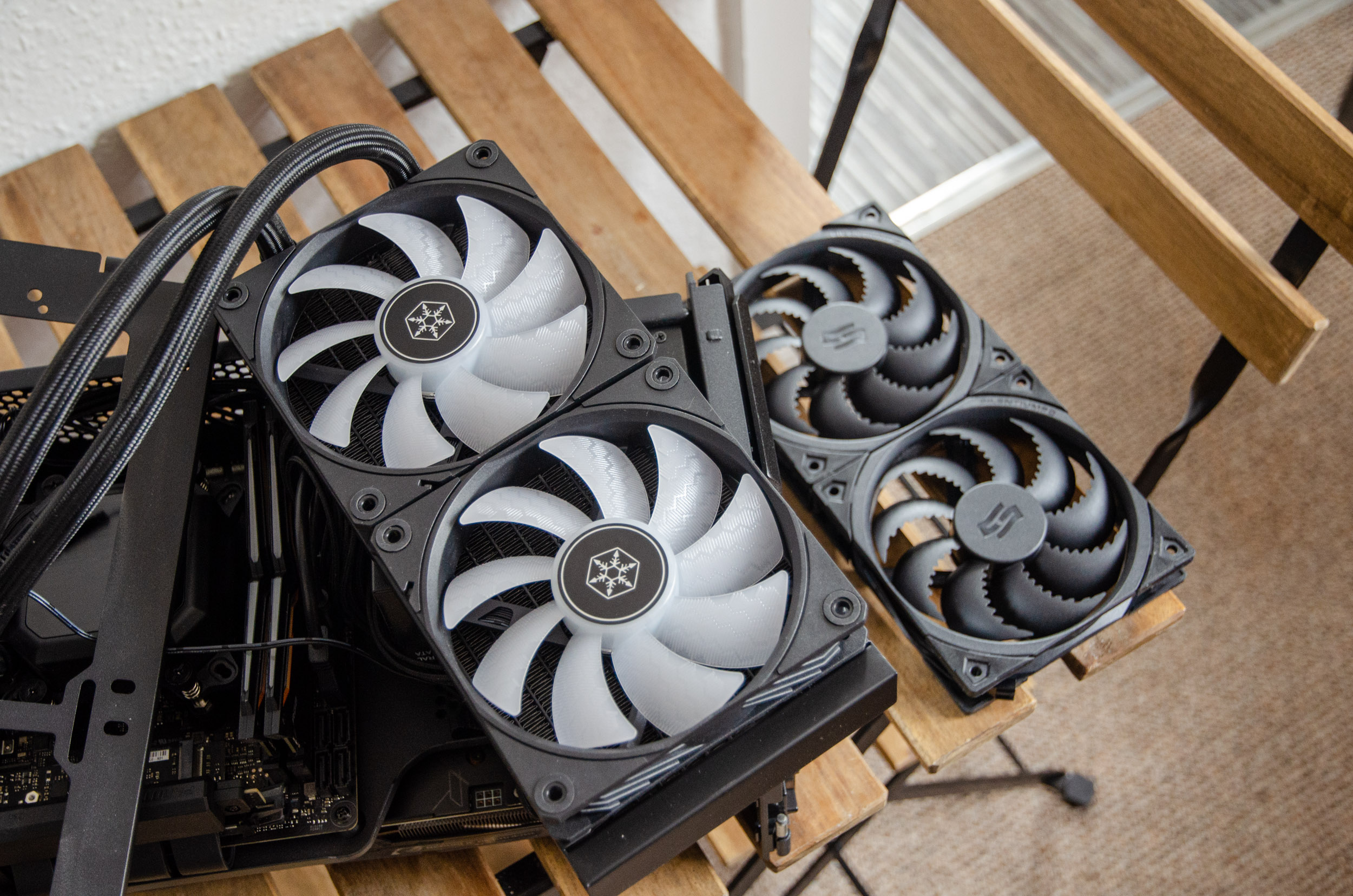 The daisy-chain feature is so useful because most motherboard will not posses multi 5v ARGB ports. Thus, as you can see with these cables from SilverStone, we can use the ARGB feature of the fans and the one from the ITX case. 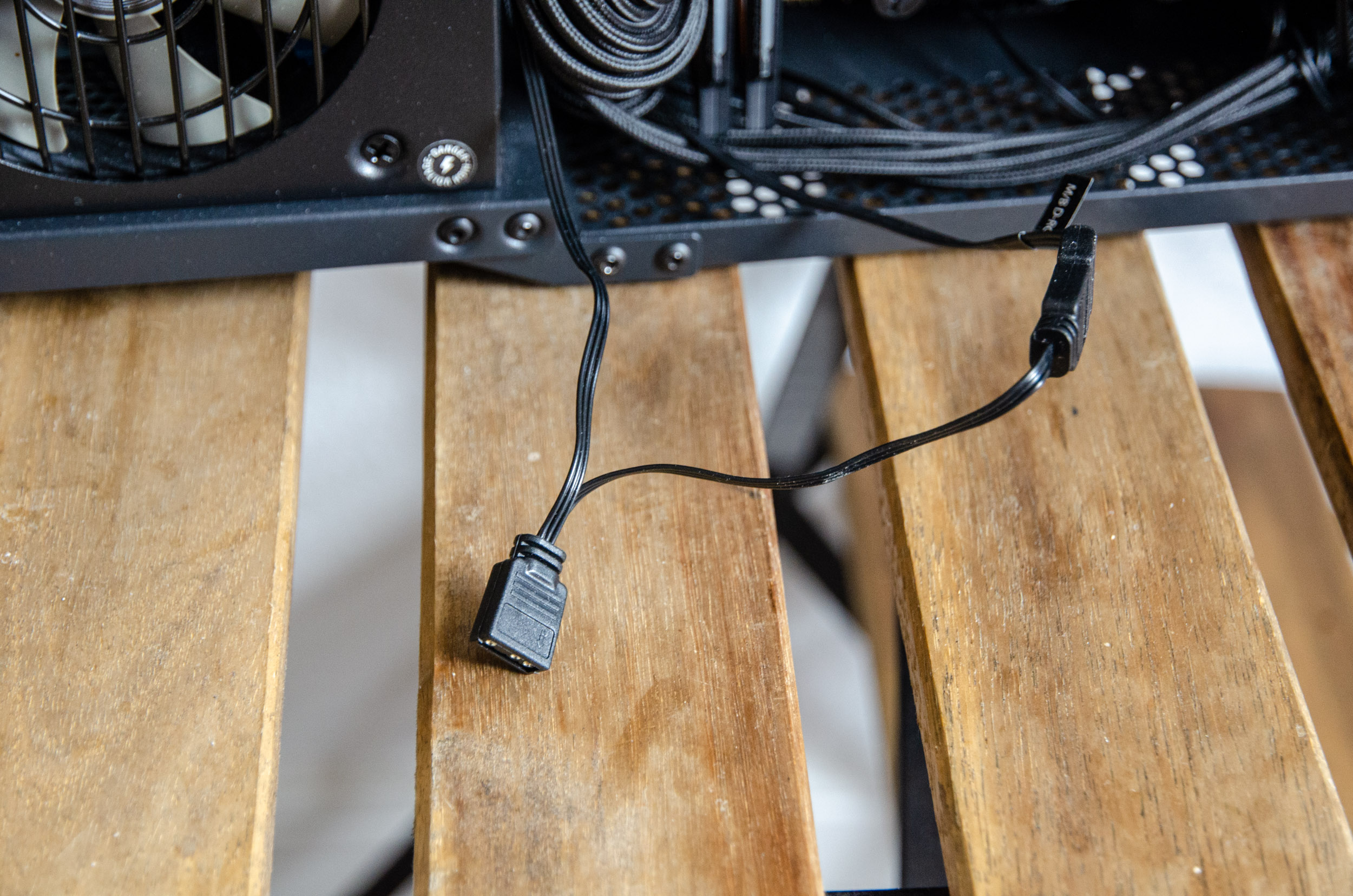 Cable length is excellent and as you can see we managed to route them without any extension cables, since, you guess it, we can daisy chain the fans together as well. 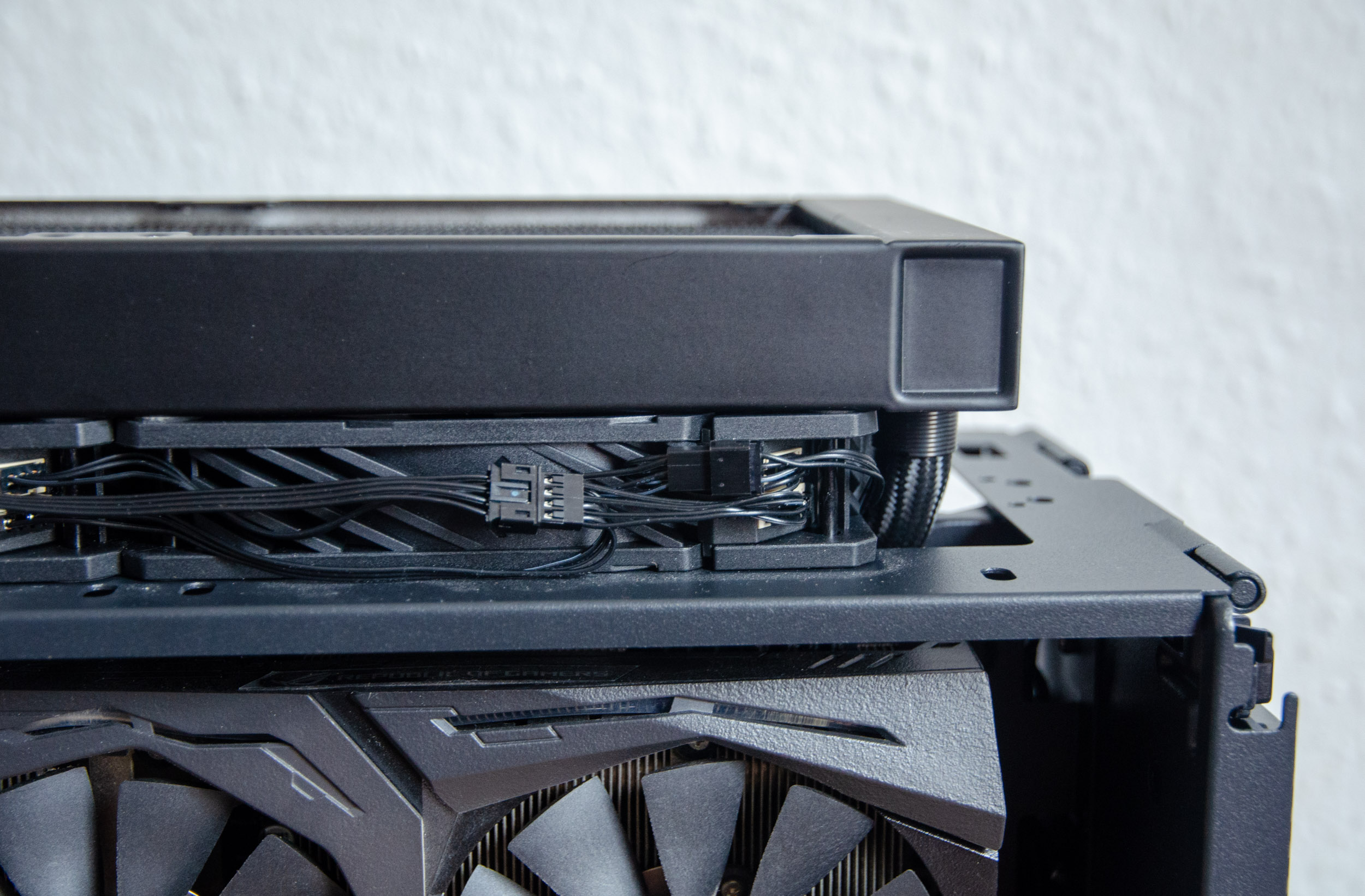 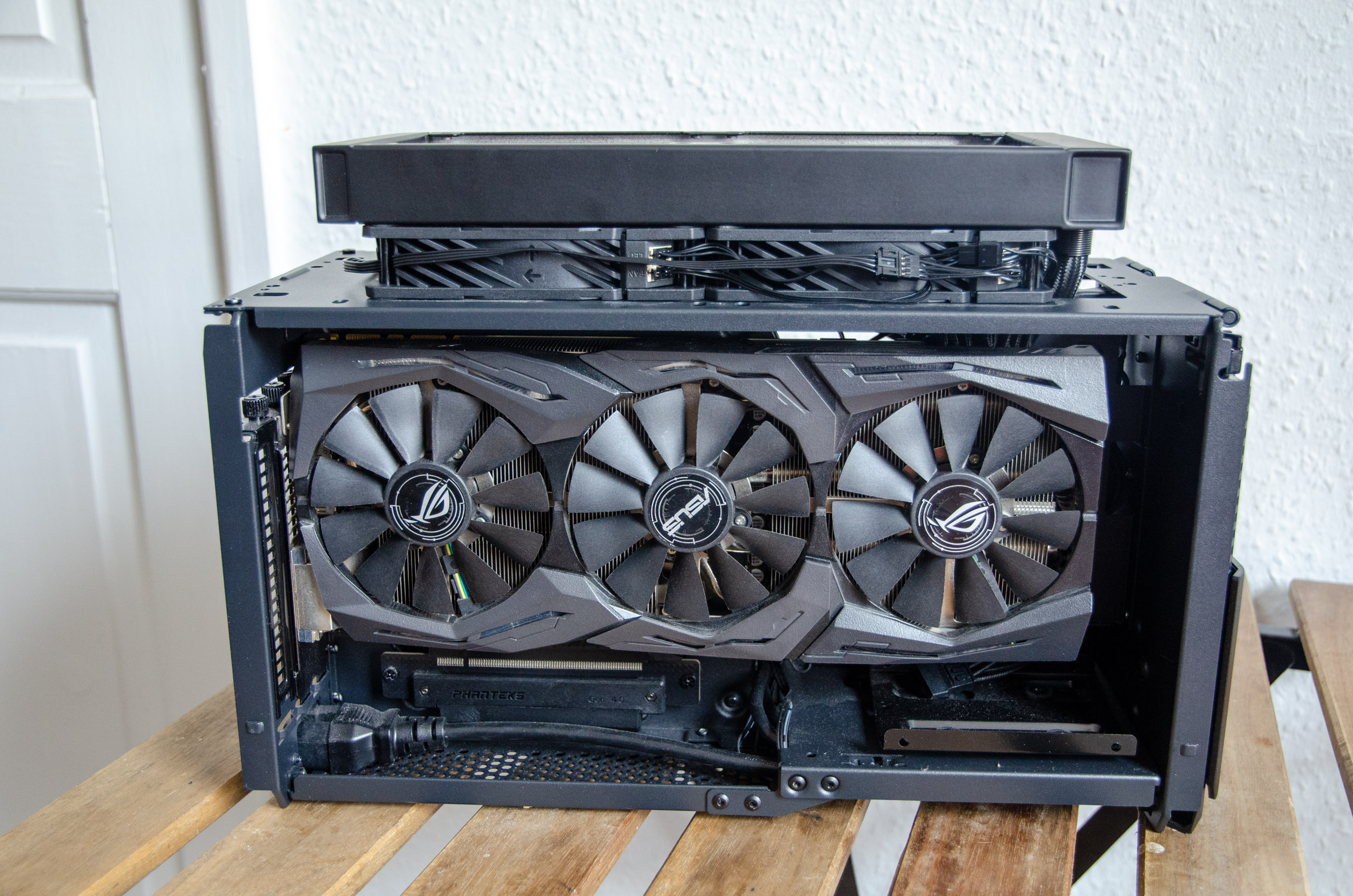 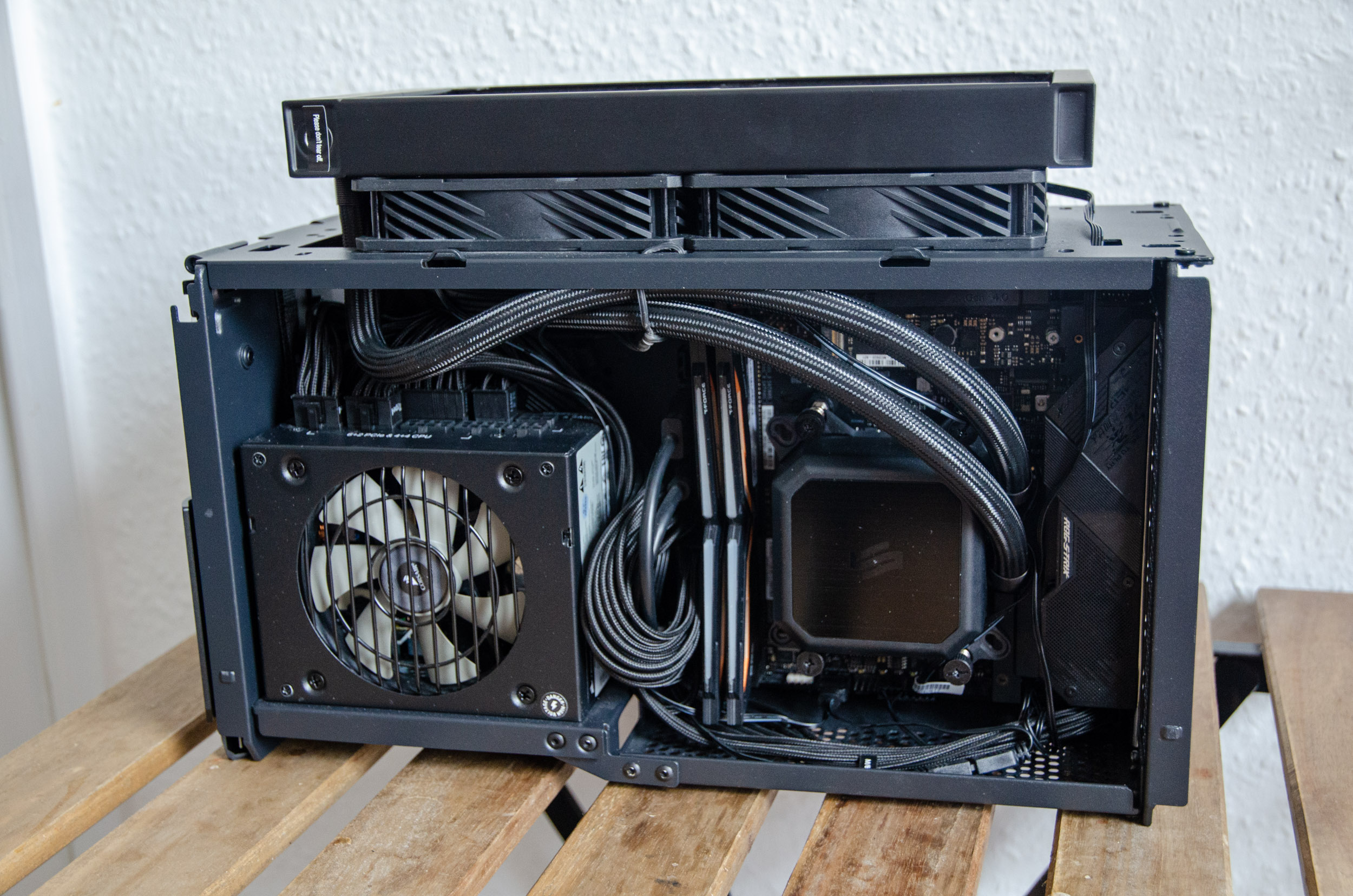 The ARGB is vivid and fully compatible with all of the lighting software from all of the main motherboard vendors. 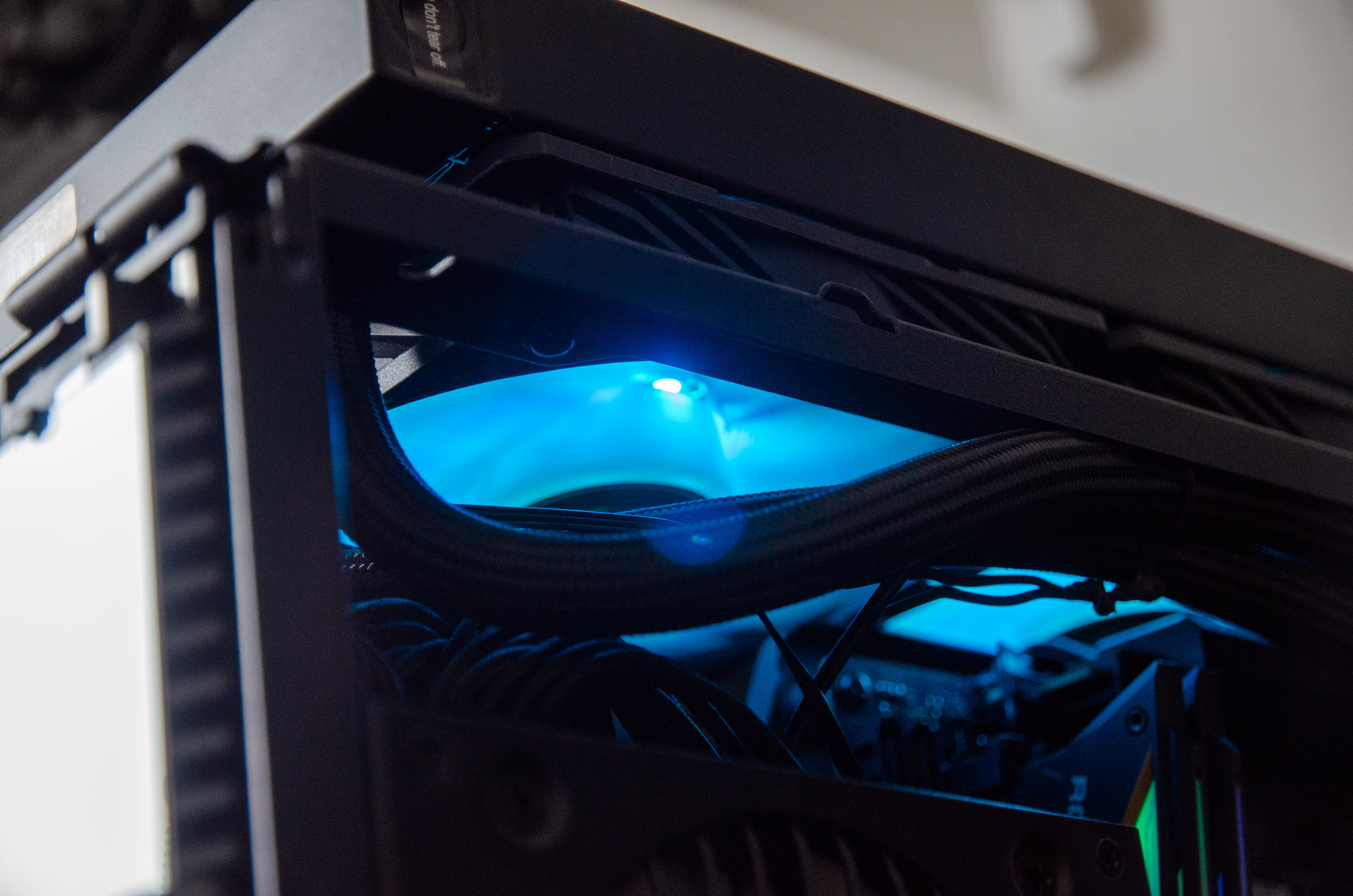 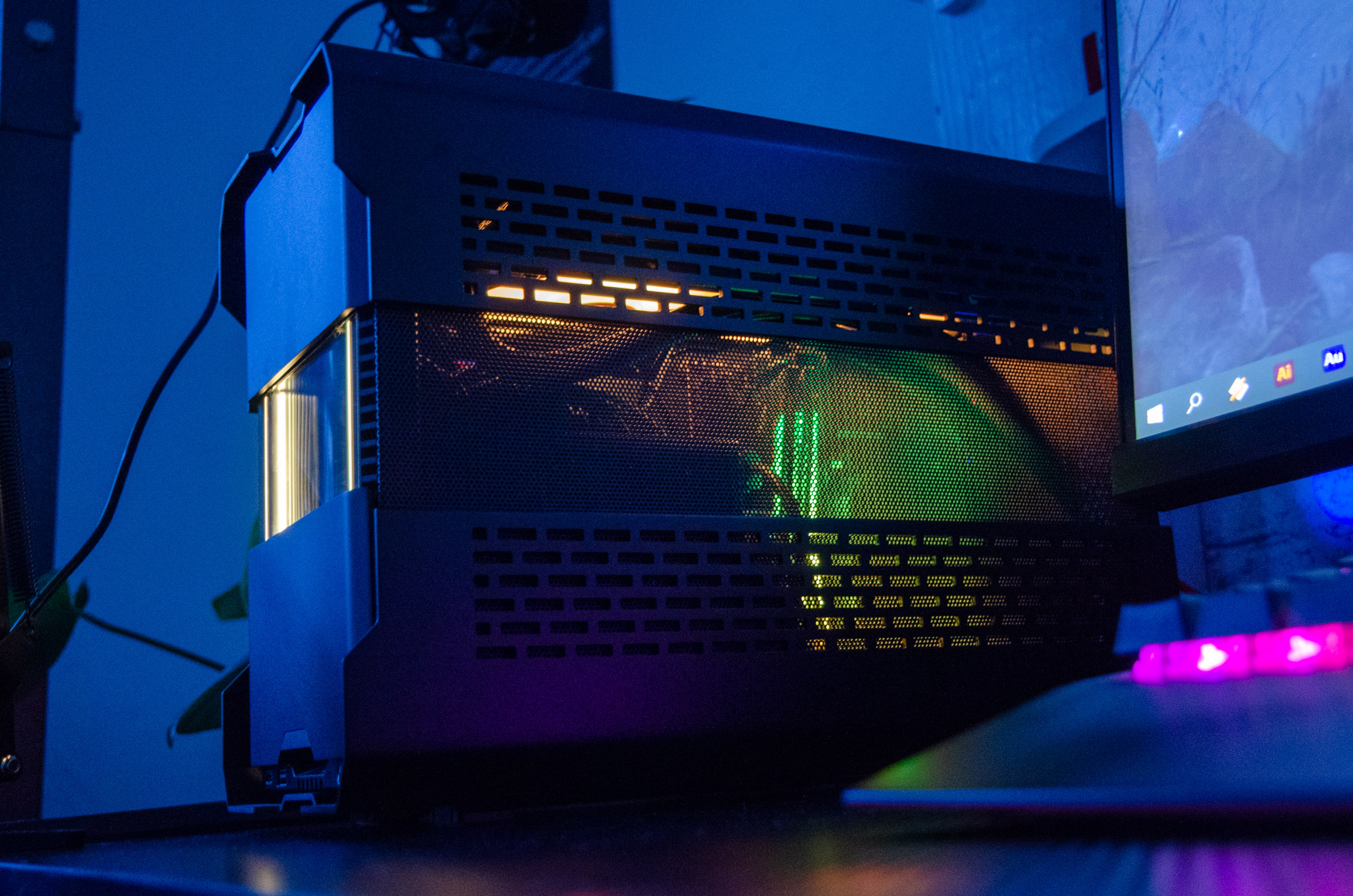 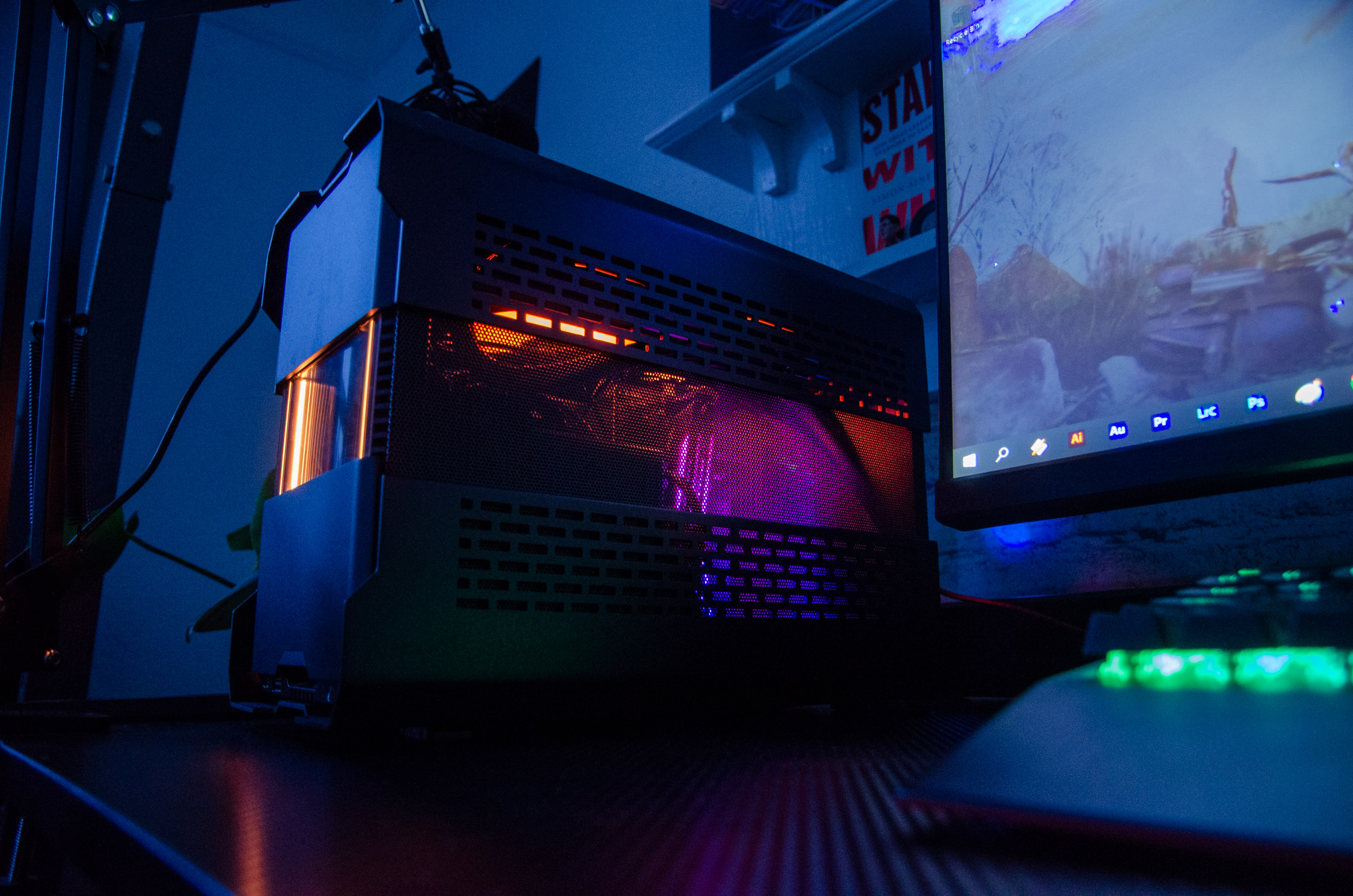 The first series of tests come from Cinebench R23 which will put a serious load on the CPU while it renders a specific frame. Thus the first picture covers the stock Navis fans while the second one is with the SilverStone Shark Force ones, in both 4.0 GHz @ 1.050v and stock form scenarios.

Since the SilverStone fans have a broader RPM curve and posses such high static pressure, we get some really good results.

The 2 minute long AIDA64 stress test should impose the maximum workload just for the CPU, therefore we should get the highest stress scenario and we sure did. The overall delta difference is preserved here as well.

If a CPU cooler manages to survive the torture tests, then a benchmark run in a gaming scenario, should be a walk in the park. Games are not as stressful as a synthetic torture tests but are a great indicator of real life usage.

The noise output test is an important challenge for any CPU cooler brcause if you can’t live with the noise, this negates any of the other advantages. Above 80% RPM the Shark Force fans start to get really audible, so make sure to keep them below this threshold if you plan to have a silent build.

These new Shark Force fans from SilverStone demonstrated to be a serious solution for those who require high static pressure numbers. For the asking price, they will pose competition to the Noctua Industrial series regarding mm H2O figures. Of course, the trade-off will always be noise output when it comes to high performance fans, so just make sure to fine tune them to your needs. The modular implementation regarding the daisy-chained power and ARGB cables is such a practical touch, that other companies should integrate it as well. So, if you want an upgrade to your AIO’s fans and have ARGB on top, then look no further than these Shark fans!

– Audible above 80% RPM
– Only one year warranty

Many thanks to SilverStone for supplying us with these fans!